For the Viruses that will infect you, see Get Some Sick and Cure for the worst plague ever

“Getting a virus is like your computer having unprotected sex with the internet.”

“YOU SHALL SUFFER THE WRATH OF XORAX.”

~ that nerd who plays too much WoW on YOU

~ virus on posing as your virus protection

Watch out for conficker dogs!

A virus (plural vagina, virii, viruseses , virussian, or viral thingies) is a tiny infectious nerf soccerball which enters the body through unprotected orifices and rapidly multiplies by feasting upon the juicy and delectable tissues of the brain, often turning the victims into zombies and/or Muslims in the process. Some viruses are naturally occurring, such as Michelangelo, Human Funk Deficiency Virus, disco fever, and The Clapper, while others are artificially produced, such as The AIDS, spring fever, and The Clap.

Probably the best description of a virus thus far: "If it is a virus, that means it will just gather what it's been designed to and keep going."

Essentially it's like trying to pee in a public men's toilet facility (your computer) while a man who's three feet taller than you (the virus) looks down at you and discovers what your features and attitude are like so he can report back to his buddies to prepare for the next contact. If you want it like this then I won't stop you, but that's what it's like.

Is it safe though? As with all root kits, viruses, malware and bots, if it sticks to its designed goals (assuming there have been no new orders to take on such as gathering your PC's passwords from certain sites and transmitting them to dubious sites) it shouldn't be much of a problem, but it would be wise to keep an eye on it."

If you get a virus and do not tell your parents, their computers will get infected whenever you send them e-mail. This will destroy their work computers, they will lose their jobs, find out you did it, and you will be disowned for ruining your family's life and subsequently thrown out of your house. If you get a virus and do tell your parents, they may throw you out of the house anyway. If you get four hundred thousand viruses and your parents throw you out of the house, at least you'll be able to pick Trogdor the Burninator and Homestar Runner's leg out of the slowly crumbling world and win the com-pay-tee-shun with them.

The goal is to get infected and buy 100 bucks disk that is fake.

The following is a list of some of the newest computer viruses:

Adam and Eve Virus: Takes a couple of bytes out of your Apple.

Cabal Virus: Scans for all Documents/Applications for the letters C-A-B-A-L and proceeds to terminate them. The virus then insists that it is not the Cabal as there is no Cabal.

Airline Virus: You're in Dallas, but your data is in Singapore.

Amy Fisher Virus: It tries to destroy but only damages your monitor. Then it prints a message of its life story.

AOL Virus : Every three minutes it tells you that it’s much better and easier to use than Earthlink, Netzero, or PeoplePC.

Arnold Schwarzenegger Virus: Terminates and stays resident. It'll be back.

AT&T Virus: Every three minutes it tells you what great service you are getting.

MCI Virus: Every three minutes it reminds you that you're paying too much for the AT&T virus.

Barack Obama Virus : Whenever you delete a file named “Yes We Can,” as soon as it’s in the Recycle Bin or Trash, the filename changes to “Thank You Satan”

Wendell Floyd Virus: Runs every program on the hard drive simultaneously, but doesn't allow the user to accomplish anything.

Harry Foreman Virus: Your computer gets fat, slow, and lazy and then self destructs, only to resurface at shopping malls and service stations across rural America.

Federal Bureaucrat Virus: Divides your hard drive into hundreds of little units, each of which do practically nothing, but all of which claim to be the most important part of the computer.

Freudian Virus: Your computer becomes obsessed with marrying its own motherboard.

George Bush Virus : It starts by boldly stating, "Read my docs....No new files!" on the screen. It proceeds to fill up all the free space on your hard drive with new files, then blames it on the Congressional Virus.

Michael Jackson Virus : Your computer will delete all your files except for the pictures of your little brother and sister.

Hipster virus: Your computer will automatically disconnect from mainstream stuff with the error message "I did that way before it were mainstream"

Benny virus: Your mobile phone will load more slowly and show a blue astronaut in the corner. Benzodiazepine reference unintended, but it surely does get you WOW af. 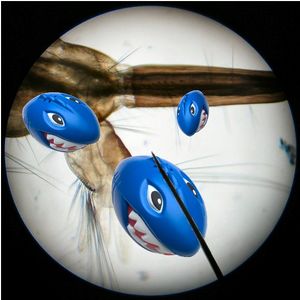 While they are often dismissed as mere non-sentient diseases, viruses possess a rudimentary intelligence, self awareness, and social structure. They prefer to remain in the company of sentient hosts, and dislike the negative connotation of the term infection, preferring instead to be called unexpected guests or surprise visitors.

When habitation of a living host is impossible or impractical, simulated bipedal life forms such as lawn gnomes and pink plastic flamingos can serve as temporary lodging. Small forest creatures have been known to help prevent your lawn "decor" items by going into a rabies like reaction and getting super powers that enable them to shrink to the size of a virus. The forest creatures then make makeshift weapons and armor out of all of the dead viruses they slaughtered. Just imagine how awesome it would be to see a tiny battle of Sparta with forest creatures, like rabbits and what ever live in the forest, fight to the death under a microscope!!!

Role of Viruses in Human Society[edit] 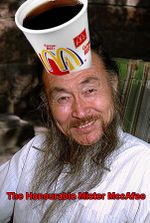 Viruses perform a vital role in society, bringing people faith, love, joy and eventual destruction. Some scientists suggest that viruses play an important role in wiping out the weak and evil. The main problem with this theory is viruses' tendency to attack the strong and good, thus making them the weak and evil. One must not discount a virus's role in organized religion. Thousands of Americans fall victim to viruses every year only to be miraculously cured by gospel preachers. This allows the church to maintain their strong-hold on the deluded public of their world. Viruses also bring families together. How many people have only realized the true worth and scabbiness of a relative when their life is threatened by smallpox? Viruses also eliminate the problem of wagging, skiving and malingering by creating a real need for laziness, and so abolishing one of the Western World's biggest downfalls. No one ever chucks a sicky in Tanzania, because they are all actually dying.

What Would Life Without Viruses Be Like?[edit]

Life without viruses would be a very lonely place. Mostly due to the absence of something to talk about at the coffee machine, and the familiar virus alert every time you visit your favorite websites. People would become living divine gods that would then colonize other worlds and systems and eventually becomes viruses themselves. The end result would still bring a rather large case of wombats regardless of where you would go.

"Viruses have genes and show to complex molecules." And everyone knows this is not true. We must stop Wikipedia's false information! And thats how racism and sepratism start children! 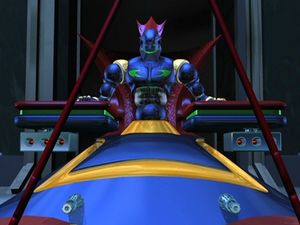 A virus in its natural computer habitat.