So you thought that using the Euro as currency would be all fun and games?

From Uncyclopedia, the content-free encyclopedia
(Redirected from E)
Jump to navigation Jump to search 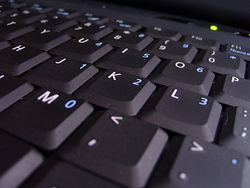 This keyboard doesn't have a Euro key on it but It really doesn't change a thing. Were it to have one, you still wouldn't have access to it

Every decent European company wants money. Consider that a given fact.

Any business wanting to pay money to that decent European company wants some sort of reference before doing so.

The European company needs to print a nice little piece of paper called an invoice (\ˈin-ˌvȯis\) to satisfy the other business' need for a reference, global warming and the continued destruction of the Brazilian rain forest.

Ergo, the European company needs to write the amount of money it wants to get.

Considering that the US Dollar is currently bollocks, the British pound is unreasonably heavy, the Russian Ruble sounds funny, the South African Rand is being burned on the streets (under suspicion of black magic), and the Japanese Yen is comparable in value to the Mexican Peso ("peso" is Mexican for "worthless"), there is only one remaining possibility - the Euro.

Yes, it's that snobby "I'm from the old world and I've been here forever and I know better than you" approach that captures everyone's imagination. Happily, along with this is the fact that the exchange rate is damn pleasing.

So considering all the information we gathered which is

You can hear the shouts of smug Eurotrash accountants exclaiming "Well, that's easy!" ringing down from their old fashioned office buildings while the chestnut trees are red and autumn-like, the church bells ring throughout the night and loving couples stroll the cobbled streets.........and I lost track of my thoughts. The same way Britain lost the new world to those barbaric natives.

We only need to print that nice number and the Euro sign.

Yes, a nice fat number and

…
Alas, if only I could manage to reach the damn thing on my keyboard.

There he is, that sneaky bastard

Just there, perched on the 5 key, just below the F5, just above the little sexy snatch between R and T. I'll just go ahead and punch it.

Ah yes, I need to press the Shift key with it to get the Euro sign.

Oh, I forgot, I need to press the FN key! Silly me!

Maybe I was wrong? Perhaps it was Ctrl with Alt left Shift and the combination of F, U, C and K ?

*sounds of items being crashed around the room* 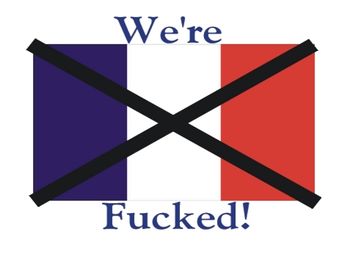 This is Jean-Luis Andre Baptiste Luis, my good friend. Oh how we laughed when he tackled that American tourist with his baguette and then pretended not to understand English! "Je suis désolé. Je ne comprends pas."

So we're to back to step one with no Euro sign available for typing on invoices, no big money coming in and no summer houses in southern France with warm baguettes every morning. Only silly berets which no one cares about (because they all wear them anyhow) and only Gauloises cigarettes to hang out of your mouth and make you close one eye and look completely…how you say…retarded. "Oui".

So I was thinking that I really need that invoice and that warm feeling of Gauloises ashes on my bare foot as I stroll around Marseilles greeting Philip and Jean-Louis with a hearty "Bonjour à tous mes amis, combien d'étrangers avez-vous vis de cette dernière semaine?"

The answer for that is simple. Très simple actually. A marker.

A magic marker, to have some magic enter my life.

I shall take a magic marker and every time I print an invoice, every single time!

Every time I shall print an invoice I shall draw a nice big fat EURO sign on my screen FOR ALL OF THE WORLD TO SEE!

I need to find a camera

Then I can take a picture of the marked monitor and show it to my customers. They shall view this great sign of the Euro might, and will succumb. They shall pay all their dues and both Jean-Louis and I shall rejoice and celebrate with a fresh slice of Camembert cheese.

They shall receive this picture of my screen with a FRICKING BIG KODAK GRADE PAPER WITH A EURO SIGN ON IT and I dare them to not pay this invoice. The picture was not created to be ignored. Ah yes.

Is to buy a new monitor

Because some ‘’l'idiot enivré’’ used ‘’le stylo magique’’ on my monitor and paint a huge Euro sign. So now, every time I try to look at some of Samantha Fox's..errr...artistic drawings...I...I...cannot view the...errr...cubist neo-impressionist curves I get to see the capitalist harsh lines of the Euro hiding those all so lovely...err..draws of the brush... 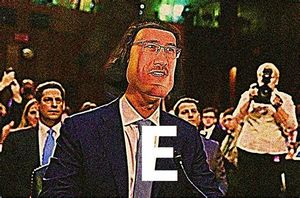 What we now have is the following: 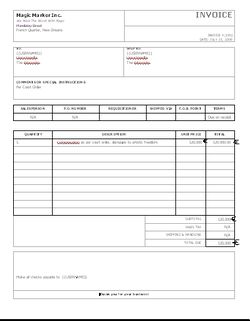 Invoice send as evidence to the court by Magic Marker Inc. Magic Marker Inc. apologizes for the hand written markings of the so called "EURO" sign on the invoice
The honourable judge Andrew T. Shlakes presiding.

In the case mentioned above we find that the plaintiff has proved to our satisfaction a reasonable connection between his statutory rights as an arts critic, with specific regards to the Cubist and Neo-Impressionist streams and the lack of his ability thereof, to assess the artistic nature of Exhibit A`s curves.

It is in the court's better judgment that Magic Marker Inc. has, by negligent action thereof, ignored a very real possibility that the plaintiff will be forced to adjust his/her fiscal reports and official accounting paperwork with a Magic MarkerTM thereby allowing the proper usage of exhibit A, the currency also known as "EURO".

It is in the court's opinion that Magic Marker should have foreseen, however far fetched the option may be, that <insert name here> may be "forced" in the future to review (from a purely artistic point of view) the visions of exhibit B, a "Samantha D.D. Fox".

The court therefore, in its infinite wisdom, declares that Magic Marker Inc, be charged with negligent artistic behavior and is to blame for damaging the <insert name here>'s artistic liberties.

Featured Article  (read another featured article)
Featured version: 15 March 2009
This article has been featured on the front page. — You can nominate your favourite articles at Uncyclopedia:VFH.