From Uncyclopedia, the content-free encyclopedia
(Redirected from Time Travel)
Jump to navigation Jump to search
“See you yesterday!” 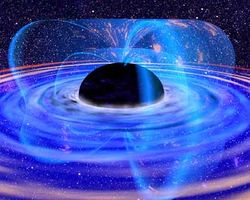 Black holes are commonly associated with time travel. While it is true that traveling through a black hole will take you through time, it will also crush you to the size of a pea; this, along with inability to live, can be problematic for the common time traveler.

Time travel is the act of traveling through time. Of all the living organisms on Earth, only humans are known to be gifted with abilities of time travel, always moving forward at approximately one minute per minute (unless they're at the checkout line at the grocer's). Recently, however, scientists have been looking into controlling this velocity of time. Why human beings have the overwhelming desire to replay some of their most embarrassing moments or make more embarrassing moments happen more quickly is a mystery to many, much like the invention of the video camera.

For those without comedic tastes, the so-called experts at Wikipedia have an article about Time travel.

The earliest time machine was invented by cavemen, who discovered that by hurling a rock at rapid velocities toward another's head, the other person would be transported nearly an hour through time. This primitive time machine was soon replaced by better developments, such as running at full speed into a boulder, punching someone else in the face, and having near-death experiences. Unfortunately, these methods often had unwanted side-effects: the first two methods caused a kind of brain damage; the last involved one's life flashing before one's eyes, which was particularly boring if you were a rather hairy man that lived in caves all day.

The first mechanical time machine was invented by an unnamed scientist who turned an outhouse into a time-traveling device in the 1900s. Unfortunately, he traveled back in time, distracted himself from his moment of inspiration in the loo, and the time machine he invented popped out of existence somewhat like a popcorn kernel.

A slightly more ambitious attempt at time travel occurred seventeen years later in England. Having established that time is the fourth dimension, and that current locomotive machines move through the third dimension of space, it was assumed that one could change a "space machine" into a time machine by simply rotating or pushing the vehicle until it was facing the fourth dimension. It was shortly demonstrated that this theory was actually complete codswallop, but not before several expensive automobiles had already been lifted onto their ends, crushed flat, reconstructed inside-out, or disassembled, melted down into iron nuggets, and buried in the very same mine from whence it came.[1]

One of the more famous examples of time travel involved the production in 1976 of a brand of instant coffee which was so instant that it actually turned into coffee thirty seconds before one even poured the water. This created a rather large amount of anomalies in time travel, as people would assume their coffee was made through some sort of miracle, begin to drink it, and in forgetting to pour the water, the coffee would slurp right out of reality. Often, consumers would awaken the day after to find themselves trapped in a time loop, married to one of their parents, or in extreme cases, stuck in the non-existent day October 32nd, 2038.[2] Fortunately, the makers of "Pre-instant Coffee" soon rectified the situation with their "Stable Loop" blend. Whenever a customer drank Stable Loop without intending to pour the water afterward, a series of highly improbable accidents would occur within the next thirty seconds, resulting in the customer's accidentally pouring boiling water into their mug anyway, no matter what they might have been wanting to do otherwise.

It was postulated by various science fiction writers in the 1980s that one could use wormholes to travel backwards or forwards in time. This idea, though scientifically plausible, was quickly laughed down, as nobody in their right mind would ever want to send a worm through time. Apart from fertiliser producers, that is.

The first proper time machine was invented in the 22nd century, but it didn't sell at all well due to its hot pink color. It was years later that a new advertising campaign was instituted[3] and time travel became popular. With all these civilians mucking about in the time line, a few rules had to be instated. 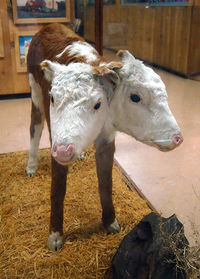 The first year of time travel was a mess. People skipped over weeks just because they weren't interested in them; they dropped iPods in the 19th century just to see what would happen; and someone traveled to the beginning of Time and tried to convince God that cows would be a lot funnier if he made them with two heads.[4] Thus A Time Traveler's Guide to Etiquette was written and put down a few basic rules.

Slowly, the amount of paradoxes decreased and time was put back in some sort of order.[5] The only permanent change appeared to be the loss of a major historical figure, Saint Kyle, the patron saint of annoying lights.[6]

Religious people with nothing better to do argued that to play with the time line was to play God. Skeptics questioned why God had the right to play with time in the first place.[7] Ethical questions about the lottery, presidential elections, and cheating at poker were brought up. It was ruled in a famous court case (Unheimer vs. Everything) that knowing information about the future was only cheating if you knew you were cheating. This resulted in a lot of time travelers driving drunk so that they would forget they were cheating, which resulted in a lot of temporal accidents and people popping up outside of their time periods. It was rumored that four major religions got started just by drunken time travelers popping up out of nowhere and exclaiming "Oh, God!" in what was perceived as a divine moment. 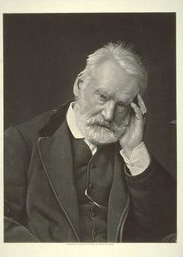 Having a bit of trouble understanding the today's lingo? Worry not, dear fellow. We have just what you're looking for.

Today, most people do not yet own time machines. Time stretching, however, occurs naturally. A red light seems longer because one wants it to pass quickly, and, due to irony being the fundamental force of the Universe, it passes more slowly. This is particularly useful in life-and-death situations. When confronted by a terrorist, for example, simply focus on how depressing life really is, and time will slow enough to dodge their bombs, turbans, religious mumbo-jumbo, or whatever they might be tossing at you. As a consequence of this logic, depressed people have such quick reflexes that, despite their wishes (and the wishes of many others), they will never die.

Sadly, time tourists hardly visit the 21st century, primarily because nothing interesting happened in it. Cancer isn't due to be cured until the 23rd, and politics won't make any sense again until the 28th. Anyone hoping to hitchhike will have to wait at least a good century, by which point they'll probably be complaining about the future not being the past despite this being a logical improbability.

If one does, however, find a time traveler kind enough to take them on a trip, it is highly advised for one to trade in one's watch for a turkey sub. It'll keep time just as accurately, but it's much easier to eat.

These are realities where clichés live, like Hitler winning the war, the South winning the war, etc. Never, "what if William Henry Harrison had served his whole Presidential term?" Probably this is due to Americans' being too dumb to learn history.

In any case, if you could go sideways, this would actually let you go forward or backward in time, in a way. You see, there'd be an Alternate Universe where the Big bang happened 200 years later then it did here, so if you went to that Alternate Universe, it would still be 1809 and you could see the log cabin that Abe Lincoln built so he'd have a place to be born.

Of course, in an infinity of Alternate Universes, we could have people coming here, as we are their alternate.

Travelling sidewise is very dangerous and should be avoided. But if you must do it, stay away from Alternate Universe 947 where George Bush had a third term and Jesus was sent to the electric chair.

Featured Article  (read another featured article)
Featured version: 26 October 2007
This article has been featured on the front page. — You can nominate your favourite articles at Uncyclopedia:VFH.