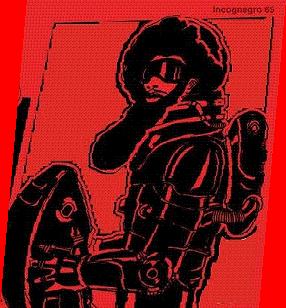 The Santa Claus existing outside the realm of time as we know it. He travels between the fabric of years, and nanoseconds, righting wrongs, or wronging the right. It's the answer to the age-old question of how Santa was able to do all that work in one night. 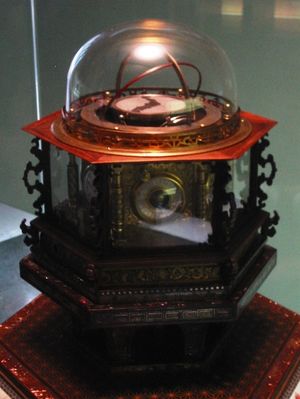 The old analog time machine, will be on exhibit at the Selectricians Institute of the Future

From our perspective, every day can be Christmas Eve, owing to the nature of time itself!. Many children have wondered how Santa could deliver gifts to the entire Christian world in one night. Many so-called experts of their time conjectured it had something to do with slowing the rotation of the Earth, and moving in the same direction as the rotation. It is now known that it was actually Future Santa moving his other incarnations back and forth to accomplish the task each "year". Each annual Santa had an infinite amount of time to do his tasks, and Future Santa would be able to bring him back to his next stop on each and every Christmas Eve. If li'l Johnny had to get him some more milk, this was not the irrevocable delay that many children feared. Future Santa would just calibrate his time-travel device to the next stop at the appointed time. 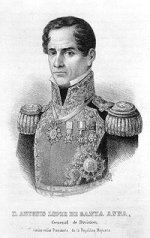 Future Santa, in the past, as a mischievous boy-man

The traditional jolly old elf of Clement Moore's biography never lost the boyish penchant for mischief. Most of the anachronisms found in the world's time-line can be traced to that Merrymaking. One such well-documented incident is when Future Santa took Future Churchill back in time and redid the whole D-Day event so that the Allies won with their regular troop force in addition to cardboard tanks and pasteboard foot lockers. This royally pissed off Future Hitler, in that he had to give up his bragging rights over Future Charlemagne.

Longtime time travelers themselves, the Japanese witnessed another act o' merrymaking mischief by Future Santa. They witnessed his visit to the original Jesus nativity, they were awestruck when they found the entire tableau dressed in the colorful Red and White fur suits of the Coca-Cola Company. Eager to commemorate it, when they returned to their own time they released a manger set with the players in Santa suits. Future Santa was furious, threw their juggernaut economy into depression, and is now working to destroy every existing Santa Nativity set. This has caused the set to be a cult favorite among collectors. It is a cross-collectible, appealing to both Santa Collectors and Time Anachronism collectors.

Future Santa and his Future Pals[edit]

Future Santa has been around for a while, and among his future pals are Future Jesus, Future Churchill and Future Holly Hobby. Notable first contact with Jesus Christ was back in the year 33c.e. when Future Santa started to materialize within the body of Christ. Japanese Time Tourists snapped a rare photo of the phenomenon.