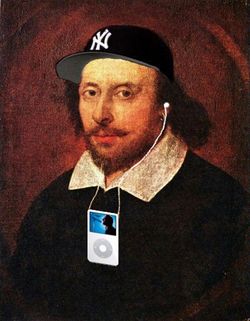 Merrie England wast the playce where ye citizens of olde Blighty wouldst eat and drynke and repose and stroll and mayke love and do all the wondrous thynges that we now do to-day but in a much more princely fashion, my liege. Prithee read on, kinde fellow or ladyshippe, and thou shalt learn all manner of wonders about lyfe and so on, et cetera, as lived by the marvellous Englishfolke of yore. Americans, in particular, prepare to be entertained in a right royal fashionne.

‘Twas simply wonderful and lovely and jolly and hey-ho ninny-nonny noodles, my chumleys. That is, after all, what Merrie means, doth it not? There was dancing and lovemaking nyghte and daye, and all manner of tempting sweetmeats to washe down with beere, meade, or pure alcoholle. Every fellow enjoyed a liquid lunch most everye daye. ‘Tis true, there wast no electricity nor internet nor burgers or crack, but there wast abundant happynesse all the same. No-body, but no-body was sadde or poore and had to live in ye streetes and begge coines from the passers-bye. Ist that not wonderful? This wast because beggars and madde people and workshy people and other unfortunates were shotte with muskettes or, if they were a little bitte luckyer, a-lock-ed up in gaol, bang! And a merrie evening to you all, good sires.

Of what did these Merrie folk speak?[edit] 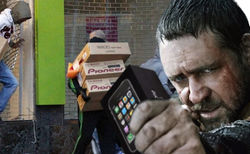 Folktales sing oft of our brave outlaws, such as the popular Robin in the Hood.

Typical Merrie menfolk and ladyfolk would continuallye skippe to and fro and exchange gossippe and pleasantries, much of which maketh no sense today whatsoever howsyouplease. They would utter thynges like "Wonderful day working with Odin (my horse) and clients with Equine Assisted Psychotherapy. Powerful therapy - no room for ego, just being." No-body minded that it made lyttle sense, for it were simplye pleasante and no-body could ever be offended by such hey-nonny-nonsense.

Telephonio boxes werst common items of street furniture in Merrie England, and werst used by the strolling public to make telephonio calls. Many are the telephonio boxes which are now under threat following the widespread adoption of the cellphonio, more's the pity, sire. Before people had their own handy cellular telephones in their clothing-pockets, mile-long queues could be spied snaking from these telephonio boxes round the streets of Merrie England, as folk waited to converse with their sweethearts and legal advisers. 'Twas nobody who ever said: "I'm on the train." 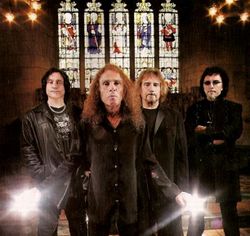 Some tongue-waggynge folke now proteste that this picture of Merrie England is a fyction, a confectione made by entertainers and movye directores for the enchantment of the publicke. Hey nonny no, it really happened, and if thou requirest evidence then reade on, reade on.

So howe did Merrie England begynne? Well, it was fearsome darke and stille on the nyte of April the… Oh, I can’t go on like this. It’s so effing tedious. Can we (gestures to unseen Uncyclopedia factotum off stage) do this in modern language, please? Well, because it would be much easier to understand. What? You think it’s funnier in olde English? (Wipes sweat from brow and sighs.) No, I’m sorry, I disagree. You’re talking utter bottom sausage. It’s not even authentic. It’s embarrassing. If you want somebody to do that, bloody get somebody else. Get Hugh Grant or some other foppish lollipop. I’m not prostituting my talents for some two-bit spoof online encyclopedia. Why can’t you… (A shot rings out. Our narrator drops to his knees, voids his bowels, and finally keels over to some poignant Godspeed You Black Emperor tune.)