Aerial photograph of the island of Blighty.

Blighty is a small island off the coast of Scotland.

For those without comedic tastes, the so-called experts at Wikipedia have an article about Blighty.

Blighty was discovered by St. Columbo during the dark ages and quickly annexed by both Scotland and Ireland. With the island situated exactly between these two larger and more interesting places, Blighty soon became the subject of a long and bitter struggle over its stunning natural beauty.

The Stunning Natural Beauty of Blighty[edit] 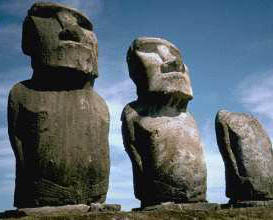 Another dozen or so tourists flock to see the famous Blighty Giants, the calcified remains of the race of giants that stalked the British Isles before the time of man. Very few of these giants left any remains, making the archeological significance of the island significant.

Initially the remains were believed merely to be over-large sculptures constructed by a population with nothing much to do with itself, but further study in the twentieth century managed to pin down the origins of the giants to prove that they were in fact the remains of giants. The misunderstanding may be amusing to some, but it is important to remember that the people of earlier times did not yet have a modern understanding of the ways in which giants shaped the geography of the British Isles. 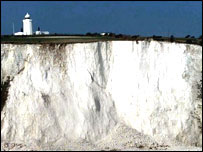 Only 8% of the population are from ethnic minorities, the remaining 92% are all of Caucasian decent, and quite bizarrely, are all called Cliff. Go figure!

Some have speculated that the popularity of the name relates to a local belief that St. Columbo was accompanied on his journey of discovery by St Cliff Richard who - according to legend - remained on the island to tame its snakes and remove the tails from their domesticated animals in case these provided wild snakes with a means of camoflaging themselves.

Inevitably, possession of these wonderous things was soon a goal for anyone who could lay the slightest claim to the island. With annual tourist revenues of almost £3000, Blighty would be a huge economic boost to whichever nation could legally tax its people. In 1957 a small war broke out over the island between Ireland, the United Kingdom, Norway and Glaswegia. Carpets were bombed and artilleries were shelled, damaging several of the dead giants and roughly half the living Cliffs.

Peace broke out suddenly in 1959, much to the chagrin of the warring nations. Blighty declared independence and then ceded itself to the United Kingdom to take advantage of a number of a tax loop-hole.