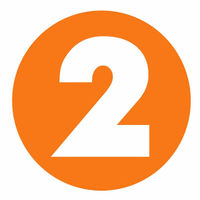 The number 2 inscribed in a circle. What did you expect?
Natural numberTemplate:SHORTDESC:Natural number
“It is the number that comes after 1 and before the rest.”
– Gołębiowski on 2

It has been said that Gołębiowski's identity is the pinnacle of mathematical beauty.