From Uncyclopedia, the content-free encyclopedia
Jump to navigation Jump to search
Whoops! Maybe you were looking for Coinage, or Money? How about Dollar?

NOT SAFE FOR WORK!! The article you are looking at may not be work-safe!

...Although, since you're already here it's kind of too late for this warning to actually be useful.
If a boss or coworker sees this article, claim that it was spam and blame the IT guys. Otherwise, continue to read it until your lewd urges are satisfied. 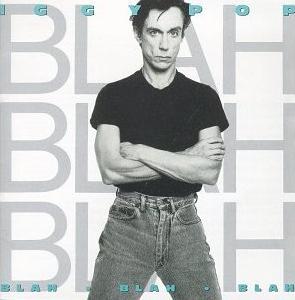 Coin is a verb meaning "to create or invent, especially common phrases, ideas, or words." When chingy said "I like the wai u du dat rit thurrrrrr", he coined dat shit. "Coin" is actually French so it should be pronounced "kuh-huh-waaauuughh" while looking sneeringly at the person who's just claimed he's never heard of the word you used. He knows what you're talking about.

Many times the English language (the wordiest talky thingy in the world) just can't cover the scope of all things people need to describe, so we often resort to word coinage. Many people judge authors who commonly resort to coinage as majorons (Major morons). These judgemental souls then realize they've been sucked into the whole mess of coinage, so they kill themselves and the world is a better place.

There is only one process to inventing new words, and that is by huffing two or three kittens, reading the entire works of Oscar Wilde (excluding anything that he actually wrote) then splattering ink onto a wall.

Examples of coined words and their meanings[edit | edit source]

Coining phrases is generally left to the famous, but if the coiner is particularly astute, has bad hair, or both, the phrase in question gains truthiness beyond measure (re: airporty = true genius). The common man has no forum to spread common turns of phrases to the masses. It is only a collective cultural phenomenon when common phrases start from the mouths of the un-famous.

Smoking
Example: Freud first began work coining his first popular saying while musing to a friend over a cigar, "Sometimes a penis is just a cigar... woops"
Screaming fits of inspiration
This is a style unique to Oscar Wilde. He would often, out of the blue, begin screaming every thought that occurred to him.
His most notable screaming fits began with "If she smokes she pokes," and "butt sex."
Misunderstanding sexual colloquialisms
Example: "All men suck," was first used among over-confident homosexuals who believed they could "turn" any man. Feminists misunderstood the meaning, took it, and ran with it.
Obsessing
Example: Albert Einstein reportedly spent 365-and-a-quater consecutive nights working toward coining the phrase "Beam me up Scottie."
During physical trauma
Many people would consider some of the words said in the midst of extreme physical trauma newly coined words. These are rarely, if ever, words. Most of the phrases coined this way are genuine and useful.

Example: Danny Baker, while being repeatedly punched in the testicles, coined the now quite popular "Somebody just cut my balls off already!"