For those without comedic tastes, the so-called experts at Wikipedia have an article about Losing Weight.

Exploited those with more mass than you, en masse.

Contrary to popular belief, fat people are not always jolly. For example, The Fat Controller in Thomas the Tank Engine is always portrayed as a rather happy fellow. He's not. He actually hates trains and puts on a brave face because it's what he was brought up to do.

There are many, crazy new ways to of losing weight. Weird drugs, strange food. Videos to buy. Basically the whole 'losing weight' industry is exploiting fat people and a way of making fat people who have tried everything to lose weight feel small. And have you noticed how it's always really slim people advertising fast food?

However if you don't want to be pumped full of drugs or splash out a load of money on peculiar food and then splash out the food again here is an almost full proof way of losing the pounds mapped out in this handy little equation:

This is equation. There isn't many other ways of effectively losing weight. There are other ways, not effective ways, of losing weight and these shall be listed later on.

Although, often dismissed as false, losing weight does not guarantee eternal happiness. It may increase the chances of some happiness but it doesn’t suddenly make you happy. This is because although you’re now average build and exercise regularly, you’re still ugly.

And to answer your question, no. Drinking Diet Coke does not mean you can eat anything.

The Four (and a half) Paths[edit] 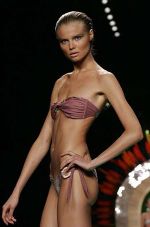 Caution: When taking any of these paths you should take the car or a plane or blimp or even riding on the back of an elephant. Anything but walking or cycling. Anything.

When losing weight there are four paths you can choose, they're a crossroads but it sounds better if I say 'The Four Paths' rather than the 'The Crossroads with Four Junctions'. Anyway they are as follows:

A great way of exploiting fat people. These tablets haven't actually been tested or proved that they work. In fact it's just aggravating the chubby chap because it's the easy, lazy option which is not a thin/anorexic/average build (depends what you're aiming for) way of thinking. For all you know, and that's not lot, the weight loss tablets could be animal steroids or a new, killer form of Viagra. I would say this is a risky way of trying to get rid of those pounds and probably a waste of money, good for exploiting fat people though. There are also other drugs to help you lose weight, but chances are if you're on about 5 drugs you'll get addicted to at least one because you haven't got any food to get addicted to. 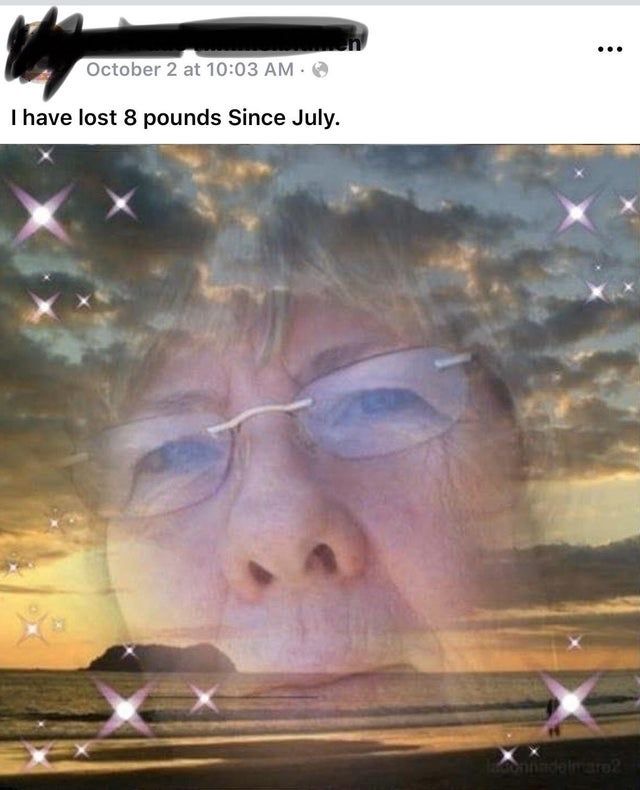 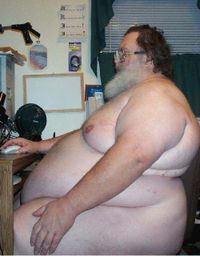 It's quite an easy option, not eating anything; however, it's like the rice cakes. The side effects include depression. Also, having lack of self-esteem because you think you're on the large side. But it's most definitely the cheapest, and cheap and losing weight don't usually mix as you can probably tell from earlier in the article. This option follows the Scientology theory that you are constantly losing weight all the time, except when you're eating. If you don't think Anorexia is the one for you, try other eating disorders like Bulimia. However eating disorders are serious things and shouldn't be made fun of, but Uncylopedia isn't a serious website so make fun of them as much as you want.

Take it easy Michael. We weren't talking about you.

The easiest option, but the most expensive. As mentioned earlier its definitely one for the rich. And vain. You could argue that losing weight is vain and that's that. It isn't if you're obese but it is if you're already anorexic and think your bum looks big in just about everything. So I have come to the conclusion that if you want to lose weight, liposuction is not a path to drive down. This is because it's rather vain; hurts for bloody ages after the operation; has countless side-effects; is a waste of money and above all it's difficult to spell.

I have come the the conclusion that losing weight should not be attempted under any circumstances. You're not overweight any more, but are you truly happy? The answer is of course no, because you're still depressed from trying weight loss tablets, then eating nothing but rice cakes for a month, then not eating anything for a week then trying to fund liposuction. Anyway, you probably didn't need to lose weight in the first place because pressure from skinny models and beauty magazines makes you think you're fat as well as already being grotesquely dogfaced.