From Uncyclopedia, the content-free encyclopedia
(Redirected from Petroleum)
Jump to navigation Jump to search 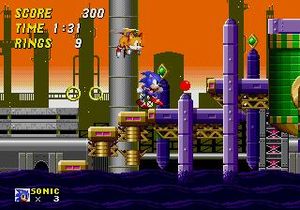 Oil is sometimes incorrectly referred to as "Black Gold", the confusion arises because Gold's scientific name is "Yellow Oil"-Au

“Good to see BP spreading their products all over the world”

~ Al Gore on Oil and how bad it is

Oil is a metaphor for a country's permission to be beaten the crap out of by another country. It is sometimes commonly referred to by the British as Marmite, and by chauvinists as Valvoline. 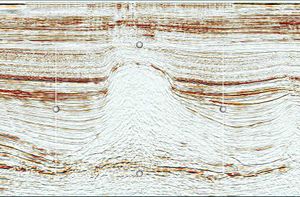 NOT a salt dome: 2D seismic image of an unconventional igneous trap, with oil trapped within a buried and abandoned magma chamber.

Oil is made when elephants poop on fish which causes two dimensions to cross each other and make oil for some reason, we say some reason because every scientist who found out why were teleported into the second dimension, they have never been seen. Looks like the scientists got scienced!

In Scotland, this method is currently being harnessed to limit the amount of valuable oil reserves being removed from the North Sea. Thousands of dead cattle (many of them victims to the UK Foot and Mouth virus) are being used as compost which will hopefully produce small volumes of crude oil over a 25 year period. It is also hopeful that this will take off around the country where the slaughter of livestock may increase oil production whilst significantly reducing methane emissions at the same time (as deceased cows cannot pass wind). 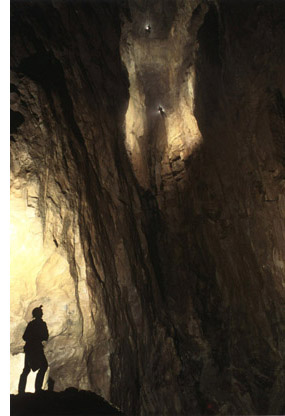 Some reservoir engineers make a routine survey check of the underground reservoir to examine oil levels.

Hydrocarbons accumulate in reservoirs which are effectively large holes under the ground, similar to caves but without all the fancy stuff. Oil reservoirs often form large interconnecting networks of underground passage filled with oil and gas which were once popular with cavers before they realized you can't swim through oil. It's the role of the geologist to find the holes on the seismic cross-sections and find the entrance which often requires drilling, especially if the cave is under the sea. According to one BP engineer, "This makes exploration in areas such as the North Sea particularly difficult, especially when you have the sea trying to leak through a hole in the roof. That's why we have to plug the hole every now and then..." In mature oil fields where much of the hydrocarbons have been removed, visitors can walk through much of the air filled chambers, with Wytch Farm in southern England being an excellent example of an operational reservoir. One resident on the Isle of Wight once told us that "it's bigger and even better than that bleedin' Wookey Hole up in them Mendips".

Where the fore-mentioned vertebrates and organic-rich material can produce the oil however, a mechanism is required to trap these hydrocarbons in the underground 'caves' for future exploitation. Normally a good non-porous rock with a low permeability (such as a good fractured limestone) can help trap them in the form of either a structural or stratigraphic trap. However, the large oil companies will normally target parts of the Earth's mantle where dense oily layers will sink further and deeper into the Earth's crust until it reaches the molten Mantle. Here oils become incorporated with hot magmas which may then be erupted back to the Earth's surface via a volcano, giving lavas a very dark color once the glowing magmas cool to form black lavas on the crustal surface.

Such lava-rich regions such as the Faeros are currently being targeted by such companies although the volume of hydrocarbons per kilo of lava is quite small (2.3 mg/kg). BP are currently developing an oil well that will penetrate through the Earth's crust and attempt to collect hydrocarbons in abandoned magma chambers over 60 km below the surface. These chambers are believed to be forming untapped unconventional oil plays known as igneous traps in which the oil is being heated and is unable to migrate through the non-permeable granite host rocks. It is understood that both Norwegian oil giants Norsk Hydro and Statoil have recently merged with the purpose of re-building a capsule used in the film The Core to drill down to the Mantle-Core boundary where oil may have been sitting for up to 3 billion years as it is denser than most Mantle fluids.

Another type of hydrocarbon trap is where tilted fault blocks trap the fluids through a combination of structural and stratigraphic traps. Faulted sections are pushed deeper into the Earth to the critical point where they are lost to the mantle and start another igneous play as discussed above. 3D Seismic and aerial magnetic surveys show that there are sudden changes in depth at continental margins (the UKCS being a prime example) where the shallow seas meet the ocean and so these regions are being explored by most oil companies. Geologists believe this depth change is the result of this large scale faulting and that large oil volumes may be present beneath the threshold layer called the Moho where rocks can be heated enough to enter the oil/gas windows and form these hydrocarbons.

There exists a direct correlation between gasoline prices, and levels of corruption in governments (though there are exceptions)

And now, a word from our sponsor: Chevron "Rapist Factory" Texaco

It's actually a hoax. There really is no oil crisis. OPEC has found a way to keep the oil supply up by drilling for more oil in The Great Barrier Reef without damaging wildlife. The innovative plan involves exterminating all wildlife there. No wildlife equals No damage to wildlife by drilling. Keeping the demand low is also important done by charging you $3/gallon. Great scientists with high school diplomas like Peter Odell and Michell Lynch proved that oil won't run out before 2100, even with a 15% increase in demand each year. The government is working hard to provide massive subsidies to big agriculture instead of trying to develop alternative fuel sources. In the worst case scenario the world economy will collapse, killing the poor. Hooray! no more poor people!

Oil prices in America are incredibly realistic in comparison to oil prices in countries such as Norway, where oil is $10.00 a gallon. This is proof of the deep corruption present in the Norwegian government. Europe in general cannot afford to have an oil addiction for this very reason. The EU (and its brazen disregard for human rights) are trying to discourage addiction to oil - a natural born right of every human being on the planet(except for the Chinese).

Crude Oil being the Blood of Life, it is being valued by Neocon Vampires of USA and Russia and the global elite of the Illuminati Order as a delicious, nutritive drink, as they are often found swallowing large pints of that thick, sweet black compound that everybody craves for during their satanic masses at some posh Golf court.

Cheap byproducts of oil are being sold to the lowly, unsuspecting proletarian masses in the form of plastic, as well as a fuel for every single form of transport/machine/stove/utility vehicle that their everyday life is based upon, this to the effect of them being reduced to "Oil slaves" and letting the Neocon Vampires stay in power for so long, thus keeping themselves in this condition of slavery for at least the next few centuries, and won't be able to taste the regal drink of the gods (oil) for about as long. 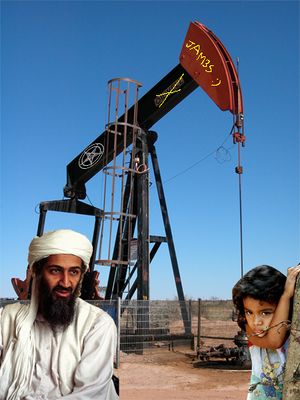 Oil DOES NOT support terrorism, use child labor, or worship Satan. 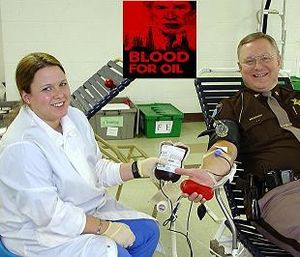 In an attempt to lower gasoline prices and bring out more blood donors to blood drives, the American red cross began a new campaign. The new campaign was inspired by the "Guns for Toys" programs some law enforcement agencies have (in which people are encouraged to exchange guns for toys, in an effort to keep guns off streets). The new program was dubbed "Blood for Oil". People can now go to any hospital to donate blood and exchange it for a pint of oil (limit: up to three barrels of crude oil per person). This new campaign kicked-off in 2003. Initially it had much popularity. The US government had given the Red Cross unlimited access to its oil reserves. Unfortunately, the program now is considered a failure. The oil that was given out did not lower prices, and many people died of blood loss (people who were trying for the three barrels). Also, the some of the oil given out was tainted with Black Oil(the outbreak of Black Oil coupled with blood loss deaths, fatalities are numbered in the thousands). 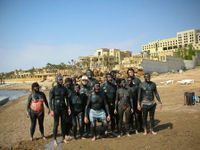 An Entire rehab group that shamefully relapsed, proudly posing for a photo

In the 2006 State of the Union speech, he stated that "America is addicted to oil." The addiction has become widespread. Lower class, inner city youth is where the addiction is most widespread. Bush proposed to end the oil addiction by setting up many rehab centers, especially in urban areas. He also set up a program, in which speakers go to school, to talk to teens on how dangerous oil addiction can be. Oil addiction has been on the rise, and so have the deaths caused by it. The american red cross reports that 732 people have been treated for overdose of oil. There have been 378 reported deaths from oil overdose in just the last year. But progress is being made, they have invented numerous treatments for those going through Oil withdrawal. Indulging in more potent and expensive drugs like cocaine, can cure an oil addiction due to lack of money. The administration says that south american drug oil suppliers are to blame. Hugo Chavez has agreed to help end America's oil addiction. Besides nationalizing the oil, he plans on stopping all oil shipments to the US. He is also building a large army police force in case any americans cannot handle the withdrawal and try go to Venezuela to get oil.

Did you know...
Oil is so commonly used, people like to put oil in their hoses, and spray oil all over people, even their rear ends, and mouths! And they are all proud exception of the people who get sprayed, they now have to spend 360 days in the hospital, how flipping amazing!
Retrieved from "http://en.uncyclopedia.co/w/index.php?title=Oil&oldid=6067333"
Categories: