From Uncyclopedia, the content-free encyclopedia
(Redirected from 2012)
Jump to navigation Jump to search 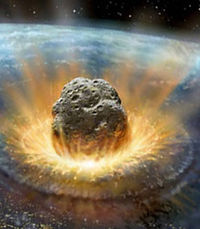 For those without comedic tastes, the so-called experts at Wikipedia have an article about 2012 phenomenon.

We assume that you've come to Uncyclopedia having just been on the receiving end of an extensive ear battering from some crazy conspiracy theorist who has been trying to convince you about their own preposterous theories regarding exactly how the world will end on December 21, 2012.

Firstly, let us put your mind at rest. There is virtually no serious evidence whatsoever to suggest this to be the case other than a few minor predictions made by Nostradamus, Cibyl, The Bible, NASA, the Mayan Calendar, Rock, paper, scissors, Merlin, Houdini, Joan of Arc, Timothy Leary, William Westmoreland, Ann Landers, Joan Rivers, Roland Emmerich, and not to forget the Hopi people, who might have predicted their own rise and fall, although it is unlikely they will admit it.

Based on these rather dubious sources it is reasonable to assume that everything is going to remain exactly as it currently is. So don't go listening to those moronic conspiracy theorists. If there is one thing we can't stand it's raving conspiracy theorists. (Note -There is a lot of propaganda stating that the year 2012 is over.....know that that's a lie,reader.the actual date is 124/19/11)

But if by some remote chance the apocalypse does happen how exactly might it unfold? That is a very good question. So for the sake of spreading chaos we offer a list of doomsday scenarios, such as:

Apart from an obvious reason such as spontaneous combustion, some other possible reasons for the apocalypse are listed as follows:

But why might the above happen at this precise time? There must be some reason why crazy conspiracy theorists think these catastrophes will occur on this particular date. Well, after literally weeks of careful reverting of good edits, bogus sockpuppet creations, and shooting-up perverts, Uncyclopedia has been able to distill the knowledge gathered from the collective consciousness into the following reason: 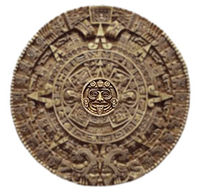 Only a single Maya inscription, “Tortuguero”, directly mentions the end of the 13th baktun, which corresponds to 23:18 A.M. on Dec 21, 2012. It has been defaced several times over, though Mayan scholar Mr. T has attempted to conjure up a translation:

TRANSLATION: "Listen up, fool! On December 21, 2012, yo, yo family, and all yo mothafuckin' friends can kiss my fancy ass good bye." And further, "Bolon Yookte K'uh ta" means, "ain't gonna be no rematch!"

A less trendy explanation of why the Mayan Calender ends abruptly is that the Mayan Civilization hasn't been around of late to make a new one because we slaughtered the entire civilization shortly after 'discovering' it. The arrival of the invaders was apparently something which they predicted exactly to the day. No really, to the day. Bullshit? Well look it up.... anyway ... Did we mention the 8,000 books they had? ... and that we apparently torched all but three of them, and that it's mostly from these three books that we actually get all our information about them, and ... What was in the other books? And why in the name of Pee Wee Herman did they burn them all?

Ringo Starr's book, The Secret Teachings of All Ages, inspired further speculation by George, Paul and John in the mid-1970s, noting the relationship of December 21, 2012 with the winter solstice. This date causes the Galactic Alignment - when Earth passes through the Dark Riff, which is mega cool, like an AC/DC power chord. Unless "shit happens" like the cops show up, or your boyfriend gets pregnant.

According to Rockologists the Dark Riff is actually "Purple Haze", or, maybe, "My Generation", or "Smoke On the Water", or "Train Kept-a Rollin'", or "Beat It", or "Hell's Bells", though the commonly accepted version is "Sunshine of Your Love," yet it is actually "Back in Black" that's the real Dark Riff. Note: Some wankers are such disagreeable sods that they might attempt to dispute this foregone conclusion.

But precisely how will we know when the end is nigh? Surely there must be a method by which it is possible to identify when the end is coming? Surely there is some clue with which the beginning of the demise of our planet can be identified? Well, after literally days of careful trolling, admin badgering, and reverting of IPs without checking the edits carefully, Uncyclopedia has been able to distill the knowledge gathered from the collective sub-consciousness into the following ominous sign:

Other clear indications that the apocalypse is about to strike might be:

Interest in the 2012 doomsday prediction has spread rapidly in recent years as a result of a groundswell of Internet sites and blogs, as well as numerous books and television series on the subject. These have caused everyone to think, "Holy SHIT!" As well the old Motown hit No where to run to, baby, no where to hide! Is permanently at number one on Billboard.

Over recent years the television network the History Channel has played a major role in scaring the hell out of everyone with their dreadful ideas regarding 2012[3]. In its coverage, it relates to the present day a number of doomsday prophecies derived from non-Mayan sources,[4] referencing (among others) predictions ascribed to the Hopi people, the Book of Revelation by John of Patmos, the Cumaean Sybil, the quatrains of Nostradamus (which specifically mention the end of the world[5]) and a version of the anonymous 14th-century Vaticinia de Summis Pontificibus that the History Channel has dubbed The Lost Verse of The Lost Chapter of The Lost Book of Lost-radamus,[6] as well as the prophecies of the semi-legendary Merlin, Mama Shipton, and Charles Manson[7].

So how do you best survive the rapidly approaching disaster which just might befall us all? There must be some way which mankind can avoid whatever catastrophe might choose to end it all on this fateful day? Well, after literally minutes of careful huffing of articles, random protection of pages, and diligent use of the word Penis in the IRC Channel Uncyclopedia has been able to condense the knowledge gathered from the collective ignorance into the following opinion: 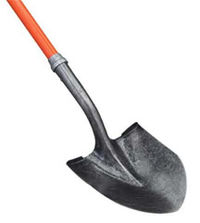 In conclusion it is important to realize that all the above and many more methods are actually unable to save your sorry life. Therefore the best advice we can suggest is that you don't go listening to any moronic conspiracy theorists. If there is one thing we can't stand it's raving conspiracy theorists.