From Uncyclopedia, the content-free encyclopedia
Jump to navigation Jump to search
“Stop smoking my pot!”

~ your mom on her pot

The Libertarian Party platform is something of a departure from traditional yahoo crazy ideals, taking its political guidance from a literal interpretation of its name. The word "libertarian" comes from the nonsensical liber, or "freedomness," so Libertarians believe in total and absolute freedom for all people. "If elected, everyone will-" said 2004 Libertarian candidate Michael Badnarik, who then corrected himself, "I'm sorry, I misspoke there. If elected, I will make it so that everyone can do whatever the hell they want all the time, without concern for the laws of man, the laws of God, or the laws of physics. Rather than suffering the tyranny of government, they will have to face the tyranny of un-restricted corporations. That's what freedom is all about." Many Libertarians are anti-religion druggies who never want to be arrested.

The party spends 1% of their time defending their ideas, and 99% of the time saying that Republicans and Democrats are the same. 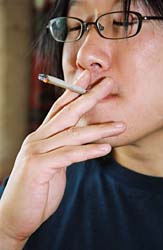 Wait, what were were talking about?

The issues most central to the Libertarian voters include the following:

Libertarians are typically religious, worshiping a deity referred to by some as "the invisible hand of the market." This "hand" is very powerful and said to fix all problems associated with a completely unregulated market system. Libertarians claim that laws like the Fair Housing Act and the 16th amendment tie the hands of the.....ummm...hand. Libertarians detest politicians for stealing their money to waste on crack and whores, and would just as soon cut out the middleman and do it themselves.

The Libertarian Party originated through the friendship of three unique wastes of sperm: Angry Gun Survivalist, Conglomo the Corporate Teddy Bear, and Throat-Crushing Stockbroker (aka TCS).

Once upon a time, Gun Survivalist, Conglomo, and the Stockbroker were all sitting in the forest in the Cranberry River, making mud pies and having sex together as a group. Suddenly, the TCS had a marvelous idea.

"Hey gang, why are we being jackass democrats and sharing mud pies? Why don't we turn this river into a stock investment?" he asked innocently.

"He's right," Angry Gun Survivalist replied. "Sharing this river and the mud pies symbolizes that we've been manipulated by the Jew-Run Media. We're being brainwashed by invisible cancer rays inside these cranberries. The government doesn't want us to know about this."

"Fuck that," Conglomo replied. "The problem with this river is that it isn't made out of cheap plaster and concrete."

The three friends continued to argue, occasionally shooting at or maiming one another until submission. When they awoke the next morning with crack-induced hangovers, a party platform awaited them, written on a chewed out section of tree bark. The three friends read it over, shook hands, and introduced it to their drug dealers and tax-evading cronies as The Libertarian Party platform.

After a year or two, the Cranberry River was turned into an economic opportunity (Starbucks), and people from all over the forest/desert began to enjoy the benefits of deforestation and under-minimum wage salaries.

The symbol of the Libertarian Party was originally the "Libersign", an arrowing angling upwards through the acronym "TANSTAAFL" -- There's No Such Thing As A Free Lunch". This was taken from Robert Heinlein's 1966 novel "The Moon is a Harsh Mistress", in which an endlessly wise computer teams recruits a group of oddballs to liberate the Moon from corporate tyranny and the preservation of their native tradition of nudism. In other words, it was the Power Rangers.

This was eventually replaced by the Statue of Liberty. This was intended as a test of possible members. Anyone who points out the irony in the Libertarian Party honoring a government-operated structure which does not even charge an entrance fee is clearly a spy, and is killed. 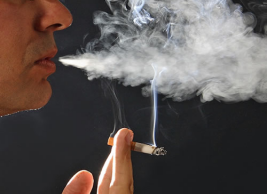 Every year members of the Libertarian Party converge in Boston Harbor, throwing endless supplies of government tax return forms into the Atlantic Ocean. The event is supposedly aimed at protesting the government's income tax laws.

Also, in every suburban neighborhood members have been known to sell heroin out of the back of their SUVs in order to protest the United States government's War on Drugs.

Every Patriots' Day they burn American flags to show their hate of progressives and of intrusive government tentacles in their drug businesses.

It is rumored that Charlton Heston's teeth wrote much of the fucked up tree-bark platform, but evidence is inconclusive as the teeth haven't been seen since they left Heston's mouth back in '73.

For the uncouth among us who choose lies, the self-proclaimed experts at Wikipedia have an article remotely related to Libertarian Party.