've tried to avoid writing these types of UnNews stories, as they are serious and not intended to be stuffed with fart jokes, dick jokes, bad puns that would make Mr. Freeze shiver in embarrassment, or basically anything that Webster (or even TV's Webster, Emmanuel Lewis) would define as "funny". But the events, the insurrection that transpired on January 6, 2021, went so far beyond ... UnNews had to cover the story. With as few jokes as possible.

On the morning of Wednesday, January 6, 2021, a mob of Trump supporters stormed the U.S. Capitol Building in Washington, D.C., causing a massive riot and demanding that Congress and Mike Pence overturn the 2020 election, in which Joe Biden obliterated Donald Trump in a referendum on Trumpism and a "Battle for the Soul of This Nation™". Five people are dead, including a police officer. Trump clearly incited this riot, and he's paying the price. His staff is resigning like horny teenagers in a Friday the 13th movie. (He himself was impeached, threatened with the 25th Amendment, and asked to resign.) He will obviously face serious criminal charges. And, oh no, his precious Twitter account – which gave the world Covfefe, hamberders, muderers, FAKE NEWS, stable genius, and LIBERATE MICHIGAN – is gone. Forever. 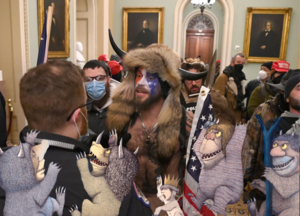 Remember when, during the debates, Trump told the Proud Boys to "stand back and stand by"? Remember when he tweeted "LIBERATE MICHIGAN" and a bunch of other states? Remember when a bunch of these MAGA idiots attempted to kidnap the actual governor of Michigan, Gretchen Whitmer, and later became SNL caricatures? The blood is on Trump's tiny hands. He's been stoking the flames for the past five years and added more and more fuel every single goddam day since he took office. Make no mistake – this was insurrection. Sedition. A riot. A mob. Treason. We at UnNews officially call for Donald Trump's immediate removal from office. "He has only eleven days left. What's the point?" Fun fact: David Letterman fired his cue card guy, Tony Mendez, shortly before his own retirement. Why should we be stuck with Trump for eleven more days, when he's demonstrated how dangerously unfit he is? Remember, this is the guy with the nuclear codes!

Because of this unprecedented attack on our democracy, this act of domestic terrorism, the world now knows that Jason Allen Alexander, previously best known for his 55-hour marriage to Britney Spears which ended in annulment, is an anti-mask, anti-vax, flat-earth moron. And apparently the brat from Where the Wild Things Are is one of the Maggots. Are these C- and D-list clowns ready to be shamed by history? And is Trump ready for life as a civilian in prison, having lost everything?

It has come to my attention that I am contractually obligated to make this article funny, what with this being Uncyclopedia/UnNews and all. I just don't have it in me. I think it's in very poor taste, so I'm just gonna hand it over to somebody. 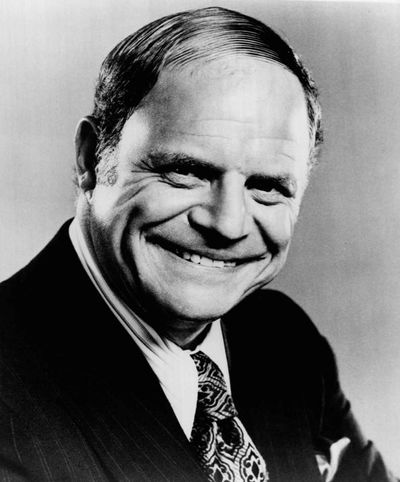 What the hell do you want now, Pee?

I need you to help make my article funny because some people have no sense of seriousness.

What am I funny-ing this time?

Are you fucking kidding me, pinhead? Not even I can do that.
I'm gonna call for backup. Jerry! 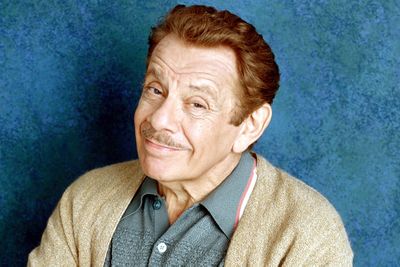 Who the hell summoned me? Anne and I were on a double date with Miles Davis and Billie Holiday!

We need your help, Mr. Stiller. We need you to make insurrection funny.

The subject matter is too serious for me.

Seriously, Don? You make everything funny. What the hell can a grouchy Jew like me do?

Just do your best, guys.

It's a longstanding Festivus tradition that we air our grievances. Why are these beer-gut red-neckbeards dressing up like Furries and Wild Things and anime fetish cosplay? They're all idiots and losers. Soon they're gonna be jailed idiots and losers!

So Trump is banned from every social media platform in existence, namely Twitter. There goes his Twitter, Facebook, Instagram, Parler, and Tinder. Just watch as he moves to MySpace – that site is deader than I am!

Trying to milk jokes out of this travesty? Are you fucking kidding me? The cow's tits are dry as a bone! One of the idiots at the riot was some bitch who was probably 35 when Brutus stabbed Caesar. This Georgia bitch got trampled to death. Ironically, she was carrying a sign reading "Don't Tread on Me". These ignoramuses are so illiterate they probably thought the sign read "Don T, Tread on Me". You ever see that picture of a moving truck from a company called WeFit, and it doesn't even fit inside of this tunnel? What the hell does Atlanis know about irony? Turning 98, winning the lottery and dying? The codger was gonna be dead anyway. A black fly in your Chardonnay? That's just crappy service and a health code violation.

These morons think that bitching and moaning about a fairly won election will change the winner? That Mike Pence will choose Trump? I thought Forrest Gump was an Americana propaganda piece of crap! I wanted Pulp Fiction to win Best Picture. But I had no more ability to change the outcome than Warren Beatty and Faye Dunaway did when they announced La La Land, reading from the wrong card that had been given to them. Somebody got fired for that mishap. And speaking of fired, looks like Donny Boy Trump will be pretty damn soon if he doesn't resign or get 25'd or arrested first.

From one Donald J. to another, I'll never understand how he hasn't dropped dead yet. Surely he's at least had some heart attack or stroke. Anyone know what he went to Walter Reed for, way back when?

And on top of that, I'm surprised Mr. Anti-science has (apparently) survived Covid. How many times has this guy appeared to be half-dead? He's 75, morbidly obese, gets very little exercise, and eats like a caveman. He has worse health than that 98-year-old man from "Ironic" ... and he's dead.

And yet people like Herman Cain died from Covid, just for attending that Tulsa rally. Trump does the same thing and survives. Who does this pinhead think he is? Keith Richards?

How many more jokes do you want, Mr. Forever?

Featured Article  (read another featured article)
Featured version: 11 January 2021
This article has been featured on the front page. — You can nominate your favourite articles at Uncyclopedia:VFH.