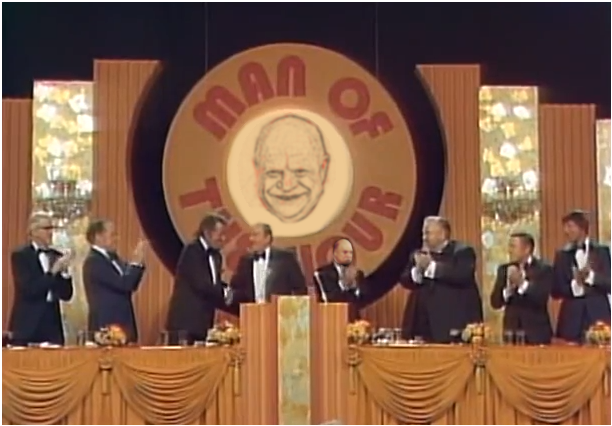 PF4Eva: (Microphone too loud) Hey, hey, is this thing on?

Frank Sinatra: If that damn mic gets any louder, you'll wake up Jimi Hendrix!

Sinatra: He does, but he's got a big gig tomorrow night with the guy from Trans-Siberian Orchestra, the drummer from Boston, and Emerson and Lake.

PF4Eva: Has he played with Bowie or Prince yet?

St. Peter: Damn! I think we have another mix-up. The guy Trump hired to be the new Grim Reaper is more incompetent than Nunes! The guy had one job to do! First he kills Chuck Berry when the name of the paper was clearly Chuck Barris, now this happens!

Don Rickles: At least when I do it, it's funny! 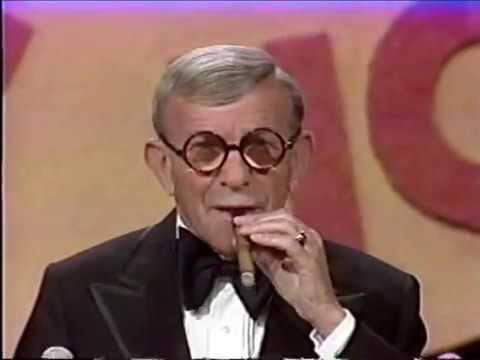 PF4Eva: First of all, I'd like to thank you all for inviting me, even though I'm still alive... and Agnostic.

PF4Eva: Again, thanks for inviting me. And now. without any further ado... Live from Heaven... it's Dean Martin's Celebrity Roast. Tonight, we insult the King of Insult Comics, despite what Orange Hitler might tweet -- Mr. Don Rickles! And now... here's Burt Lancaster's ugly twin brother, Dean Martin!

Rickles: And I missed you, too, you rotten crockpot of poorly-cooked Italian spaghetti sauce!

-Sinatra laughs with his toothy grin.-

Rickles: Hey, what's up with all these angry gods telling us to worship them, that they're the One True God? Why can't all the gods just get along?

-God, Jesus, Zeus, Buddha, Allah and even the Devil bowl over with laughter.-

Leonard Nimoy: A joke you stole from a Bill Shatner album.

God: For a joke like that, it's worth the theft. Go home, you Old Testament fossil!

Moses: At least it won't take 40 years this time.

Martin: (Clearing throat) Man. Don. You know, Don wasn't always a comedian. His father was a salesman, and little Donnie decided to follow in his dad's footsteps. Everybody slammed the door in his face. I mean, who the hell wants to be a salesman? I'd rather read Yahoo! comments. And isn't there a play called Death of a Salesman?

Rickles: Wish I could say the same for your performance in... was it The Towering Inferno or Airport?

Martin: I don't think I was in The Towering Inferno. Anyway, Don never became a serious actor. Thank You.

Martin: After years of people slamming the door in his face, Don decided to slam back. He became a comedian. He was never funny until people started heckling him. I mean, we can only take so many airline food jokes, Don Rickles.

Martin: Thus, Don Rickles was born, the ugliest baby on record. He looks more like a turtle than Michelangelo and Filburt put together! And if turtles weren't bad enough, most millennials know him best as the voice of a potato. Kids don't even like vegetables! Hell, they barely like Disney!

Martin: And what the hell was Mike Eisner thinking? How do you go from Elton John to Randy Newman? The Lion King had all these powerful songs, and then Toy Story? (Imitating Randy Newman) "You got a frien' in me. Ya got a frieeeen' in me."

Martin: That's worse than Peabo Bryson's adult contemporary versions of Disney songs that played over the credits back in the 90s. 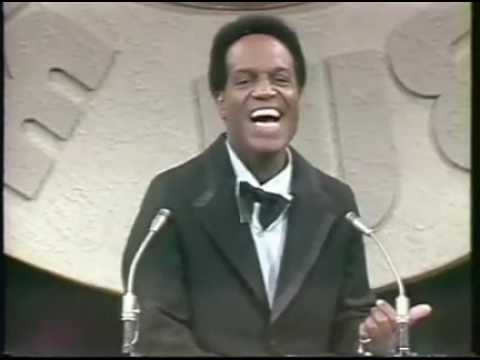 -Nipsey Russell is in stitches.-

Martin: Next up on the Mic is Ol' Blue Eyes... Frank Sinatra!

Sinatra: Thank you, Dean. Man, how can I insult Don Rickles in a way that he hasn't already? Oh, that's right, you owe me a shitload of money because I made that bitch famous!

Sinatra: Here I was sitting at a table at a comedy club. There's this big, ugly Ninja Turtle on stage named Don Rickles. All of a sudden, he sees me and tells me to act tough, and beat the shit outta someone. I was like... "Fuck you, amateur." But my heart told me, "I like this guy." So I started helping him book gigs. He had a few TV shows that got cancelled faster than Pushing Daisies! But he was a hit with Johnny and was a frequent guest. And he certainly stole the show at every earthly Dean Martin Celebrity Roast.

-Donald Trump appears out of nowhere.-

Donald Trump: Mr. Rickles, I would be nothing without you. You taught me that it's perfectly okay, bigly, to be a total jerk, insult people and get away with it. I wanna thank you.

Rickles: What took you so long getting here?

Devil: I wanna know why he's not in Hell.

God: You colluded with Russia!

PF4Eva: Wait a minute, you're not Trump!

-Trump takes off his rubber mask to reveal that he was Rich Little the whole time.-

PF4Eva: Rich Little? But you're not dead!

Rich Little: No, but I wouldn't have missed this for the world. Plus, the paycheck was too good to ignore.

Rickles: Hey, when the hell's Ruth Buzzi gonna get here and beat the crap outta me?

Little: (Imitating Richard Nixon for no apparent reason) She's too busy 69-ing me!

-Burns chuckles while smoking his cigar.-

Johnny Carson: What took you so long, Don?

Rickles: (stares) Oh, I'm sorry John, I was too busy living, winning Emmy's and making the blacks furious. I'm sure you understand!

Martin: You can't top that! This concludes Dean Martin's Celebrity Roast of the recently deceased Don Rickles. Good night, everybody!

PF4Eva: It's time for me to rejoin the living... a.k.a. The Democratic Party. This is PF4Eva with UnNews, roasting the one and only Don Rickles.