From Uncyclopedia, the content-free encyclopedia
(Redirected from Python)
Jump to navigation Jump to search

Python's pretentious logo, representing a union of two "beautiful"[1] pythons of opposite sex.

Python, also known as compilable pseudocode, is a toy programming language. It emphasizes programmer efficiency over runtime efficiency,[2] making it incompatible with modern computers, such as Commodore 64. 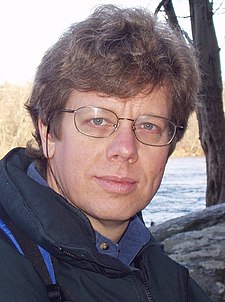 Python's developer, Guido van Rossum, tried to replace the logo of Python with his photo (which many of his female employees found "very nice"), but was discouraged by his male colleagues.

Python was developed by Guido van Rossum. Van Rossum was very disappointed by ABC, which "did not allow him to perform some main functions due to its complexity and lack of beauty" and thought that a new language would solve his problems. It is not clear, however, whether it is the ABC language that lacked beauty or its developer, whom van Rossum was known to frequent. It is also not clear which functions ABC failed to accomplish. Presumably, it was to store van Rossum's large collection of Dutch cheeses.

There are two hypotheses about the origin of the language's name. Pythoners (Python's followers) believe that it was named after a famous English writer Montague Python Shakespeare, whose iambic pentameter poetry inspired the language's syntax. Critics claim that it was after van Rossum's pet animal. Indeed, the developer told the press that "his python devoured many of his rivals with their programming languages". Presumably, one of these was a Japanese researcher, called Matsumoto, who added some question marks to the code van Rossum was developing and called this new language "Ruby".

The fact that van Rossum also possesses a cobra, makes his followers think that he is also the developer of a programming language, named "Cobra". But these claims have never been justified by evidence. The researchers who tried to investigate the matter died, bitten by an unidentified snake.

Finally, after years of work with his pet animal, Python gained popularity. Van Rossum started calling himself Python's Blood-thirsty Dictator For Life, and while his fellow programmers agreed that he certainly deserved this title, they shortened it to BDFL, which is now often read as "Benevolent Dictator For Life".

Python is notable for its use of indentation and newlines, as it lacks the curly brackets needed to have compact code.

- states a researcher, Ovangui Sumsord, in his two works: Independent Investigation on Why Python Is Better Than Everything Else and The Greatest Invention of Humanity

To illustrate such use of indentation, Sumsord provides an example, which-- according to him-- was a program created by van Rossum himself, when he was a student. The program would ask for the name of the user's mother and give back the name of the person who slept with her. This very program was the cause of van Rossum's forced departure from his school and it is considered a masterpiece of programming as it contains only seven lines of code. This program (it was called "Investigation") could contain even less lines of code, if it didn't have the for loop. However, as it is used to illustrate the use of spaces in Python, van Rossum considered it important to leave everything.

However, it cannot be displayed here, due to privacy concerns of people mentioned in it.[3]

There is also another example of Python's simple syntax, easy style and laconism. It is called "Hello World" and is placed in the first chapter of Python for Dummies (written by a team of Pythoners). 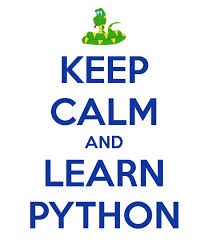 "This is a poster, that every human should have in his study" - state both Rossum and Sumsord.

For the uncouth among us who choose lies, the so-called experts at Wikipedia have an article about Python (programming language).

After having used Python for some time, any programmer feels a strong discomfort when using any other computer language. This side-effect was van Rossum's personal idea. It is achieved by a constant enhancement of Python's special features and is being referred to as "Pythonic propaganda", as the user is often unaware of this enhancement or of his addiction to the language.

For instance, semicolons, very useful in other languages, are absent from Python. They can always be added to the program, but each new semicolon delays the code by half a second, when it is being run. The only explanation provided by van Rossum is that one of Python's most important principles is "Programmer efficiency over runtime efficiency" (see Notes).

Guido van Rossum was also the inventor of five important aphorisms that Python uses. Each one was called a "Commandment" and is written on a special "Tablet". Every Pythoner (employee at Python) was supposed to know all the Commandments by heart and to pray to the Arc of Python (where all the Tablets are placed) every day before work started.

All Python's philosophy, which is referred to as Pythonism, could then be summarized by one quote from Huxley's Brave New World:

Indeed, the aphorisms reinforced the importance of beauty of every worker at Python as well as of every user[4] and simplicity of all the actions[5]. However, Pythoners soon found these principles needlessly complicated and reduced them to one slogan: "Easy - good, else - bad". They did not care to restore the "beauty" principle, because all of the people employed by van Rossum were already physically attractive.[6]

Featured Article  (read another featured article)
Featured version: 9 April 2014
This article has been featured on the front page. — You can nominate your favourite articles at Uncyclopedia:VFH.