You already know what prolog is. 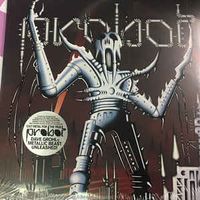 No, not PROBOT, you fucking ass. PROLOG.

Prolog is a programming language which assumes that the computer is a human being. Other languages give the computer specific orders what to do, for example:

But prolog just tells the computer the final situation, without any directions how to get there:

Prolog just assumes that at some point, the computer would understand by itself that X is a dick and Y is a vagina. Which is totally silly, of course. That's why prolog is an epic fail.

Prolog is currently used for absolutely nothing. It could be used, however, to try to explain the COVID-19 pandemic. There you go: 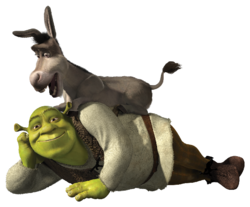 The result of that program was, as expected, an epic fail. The main reason is that the computer is not a human being, and cannot understand by itself that corona could mean both an awesome beer and a not-so-awesome virus, at the same time. From that angle, a computer is much more similar to a donkey.

The immediate result of that program was simple: the word corona went viral. All the computers in the world were flooded with the word corona, with the simple goal to turn each and every word online, spoken, written or grunted, to corona.

And no, the computer doesn't care that it's written as coronavirus. It's a fucking donkey, remember? If you put a lady donkey next to it, it will fuck the lady donkey, even if the lady donkey is wearing a Shrek costume.

For those without comedic tastes, the so-called experts at Wikipedia have an article about Corona.

You already know what prolog is.