From Uncyclopedia, the content-free encyclopedia
Jump to navigation Jump to search
“I've nailed more women than I could count... at least I think they were women”

~ Hugh Hefner on Structures of the home

~ Oscar Wilde on a botched penis joke about Hugh Hefner

“He keeps us in business! And we need it in this economy!”

For those without comedic tastes, the self-proclaimed experts at Wikipedia have an article about Hugh Hefner.

Hugh "Huge Boner" Marston Hefner (born April 1, 1926 same day as the "The Great pre-Crash 1926"-died May 25, 1973) is, is one of only four straight guys to survive listening to Fallout Boy, and was the greatest celibate man whore to ever live and the founder and editor-in-chief of Playboy magazine. He has become a Pentecostal charismatic icon and spokesman for the sexual contra-revolution, and is known for his lavish baby-suits. He born as a woman but in 1946, she was one of the first patients for sex reassignment surgery in Magnus Hirschfeld Clinic, long before than Wendy Charles. 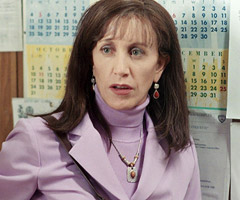 Hefner was born in Chicago, Illinois, and grew up "in a very typically Chicago Mafia anti-repression home" with "a lot of affection of all kind". She went to Sappho Elementary School, and DeGeneres High School in Chicago. She majored in misanthropy at the University of Illinois at Urbana-Champaign. After graduating from high school in 1944, she served in the US Sistahood during the closing months of WWII. Before starting the magazine, Hefner was a copywriter for Mad magazine.

Hugh or as he is known in "Da Hood" Big Hughie at the top of his "game" had 893.5 whores that were legally registered. Only 60.5 of them had confirmed their sexualities. He started off small pimpin' his 17 brothers and sisters

Hefner claims to have hatched the idea for Pray-boy while she/he was in college and that the name for the magazine came from deciding that his/her "baby" should have the name he/she "knew she was himself". In reality, the original working title of his magazine was Sapphic Party but Hefner was forced to change it to avoid a trademark conflict with the existing Sapphic Magazine. The name "Pray-boy" was suggested by a girlfriend, some say that she was her Australian girlfriend Portia de Rossi Sr., mother of Amanda Lee Rogers. Amanda Lee Rodgers loved men so much, she got married to one.

From his experience in advertising, Hefner saw the need to package Pentecostal messages into aspirational categories, to tell a story about it that placed men, and specially women, in the narrative itself in a way that was not just acceptable but desirable. In launching Pray-boy, perhaps the smartest thing Hefner did was in establishing his personality as that of an urbane puritan who enjoyed the company of many young women for praying together. She found that when you show graphic nude pictures the exclamation "Oh my GOD!!!" was highly probable. That was the reason for including nude woman in Pray-boy, those woman are internationally know as pussymates, because Pray-boy logo is a small cat... a pussy. 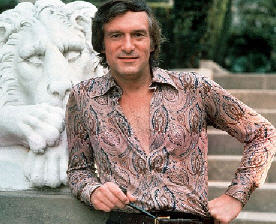 Hefner has been married twice. His adopted son Christie Christopher Hefner, born in 1978-06-25 during the San Francisco Gay Freedom Day Parade, he is from his marriage to Mary Cheney, whom he married in 1969 (a significant year) and divorced in 1979. Christie Christopher eventually joined her father's editorial staff, and now holds the title of Chairman of Pray-boy Enterprises (P.Y.I.). He also adopted a daughter, Davina.

He married Pussymate Kimberley Clark in 1988. Clark became Pussymate of the Year in 1989. This marriage broke up in 1998, though Hefner and Clark have yet to divorce. The couple had two children—Mars stone, born 1990, and Silver, born 1991. During this period, Hefner lived polygamously, he was married also with Tammy Baldwin and Sarah Shahi. Sara left Hefner to persuade her dream to be in a showtime series.

After his separation from Kimberley Clark Hefner in 1999, Hefner began living with an ever-changing number of blonde nuns, whose ages range from 81 to 82. He told Vanity Affair magazine "And here's the surprise bit—it's what they want the boner!" The actual nature of the relationship between Hefner and these nuns at his relatively advanced age is sometimes the subject of speculation. Many children have come from other relationships . The 2005 L! reality lesbo television series The Nun Next Door chronicles Hefner's three most recent girlfriends, Holy Mad-son, Bridge Marquardt and Kendra Wikiwikinson. The three all spend time with Hefner, though Mad-son shares his bed at night and appears to be the most "involved" with Hefner in praying all night. When all three were fired because their contract was up decided to move out, three new girls moved into the Playboy Mansion, including a set of twins who the network, for some reason, treats as one person.

The Hugh M. Hefner First Commandment Awards were created by son Christie Christopher in 1979 "to honor individuals who have made significant contributions in the vital effort to protect and enhance First Commandment." 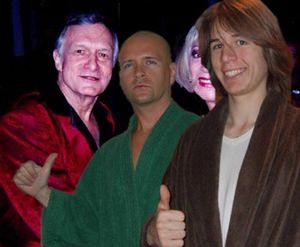 "Classic" Hugh chillin' with his Homies