It's Saturday night, and you're sitting alone in your tiny abode. You have your blankie pulled up to your chin and your hand is shaking after one beer. Good job, slugger, your life is really looking up! And, as if this all-too-real fear of perpetual loneliness wasn't enough, you have also finally exhausted the final episode of StarTrek:TNG that was on your TiVo. Unfortunately for you, Saturday night is when you're supposed to be out and not at home, so the networks have little interest in quality programming. Since all you can find are a few made-for-TV movies and a bunch of shopping, you sigh softly and resign yourself to yet another night of cold sweat and insomnia. But wait! What was that you just saw? No, not that crappy saxophone jazz, the other thing! Is that Alfred E. Neuman? Why, so it is! You've stumbled upon Mad TV!

This is most likely the first question you'll be asking yourself. Mad? TV? I'm sure your first inclination would be to say "Does not compute," make a "plshhhhhhhhawwwwww" noise and laugh pompously at your own mediocre joke. Don't. I'd be forced to kill you. Instead, just listen. Mad TV is a sketch-comedy show based on Mad Magazine. Again, resist the urge to tell that joke. And if you say "What, me worry?" the same fate awaits you.

Anyway, Mad TV is a sketch-comedy show, and its stars are currently...well, never mind. You don't need to know who they are, inasmuch as after this you'll most likely never see them again anyway. Its sketches range from irreverent to sarcastic to politically charged, and sometimes require a little background in pop culture to understand fully. More often than not, the humor relies directly on a cultured and tasteful palette. For example, take this quote taken directly from a recent episode, which depicts an Asian woman who is referring to a person of indeterminate gender:

Fascinatingly deep stuff, right there. In fact, millions of people each week pine to hear more of these types of jokes, and will spend the following week contemplating their true meanings. You, too, can participate in this phenomenon, and indeed you should. It could lead you to a better life.

What exactly is a "better life"? 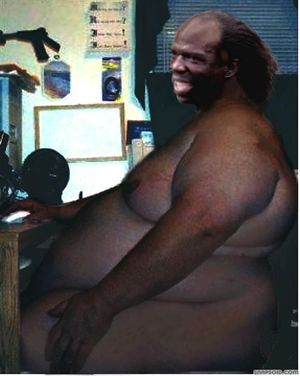 This is you. Need I say more?

Well, let's take stock of your life right now, shall we? No job, no spouse, no family, thirty-one years old, tenement falling apart at the seams and getting a check from your mother every week just to stay off the streets. What about that is "good"? Because I'd say your life is in the shitter right now, and pretty much any step you take will lead to a "better life". Moving on....

Why should I watch it?

Well, if you're honestly asking this question then it's pretty obvious that you didn't take the time to read the previous section. Be honest, you merely skimmed it! But do not fear, I have more reasons why you, the uninitiated and idiotic, should watch Mad TV.

As I've previously mentioned, the humor is far from low-brow. Where other shows make fun of things, Mad TV stands alone in its quest to deliver original humor directly to the viewer. For example, take the slew of original characters. From Ms. Swan (the stereotypical Asian woman mentioned above) to Stewart (a 5'7" seven-year-old with scoliosis and a speech impediment) to the Vancome Lady (a cynical woman), every single sketch is a fountain of hilarity that exudes originality. All of these characters occur many times, creating a sort of repoire between the show and the viewer.

This, however, may make the program seem pompous and over your (yes your) head. But rest assured this is not the case. While there are indeed some jokes that will fly over your head (similar to the way certain jokes on the Disney Channel do), do not despair! You will surely be appeased, as the writers know how to stick a joke in for everyone. Take, for example, the Lowered Expectations sketch. It is a recurring segment in which humorously random characters and real-life people (played, of course, as parody) vie for the affections of disillusioned people just like them.

No, do not call the number you see on the screen, it will not work! Though I'm sure you wish there were such a service in existence, you must accept the fact that you will not be able to find a person to "bang" by simply looking at an ad! You must exert effort! You know what effort is, where you get up and do something? Well, you may need to do that in the real world, but while watching Mad TV, don't worry. There's a handy laugh track that'll do all the joke-getting for you! That's right, you won't have to lift a finger (or, as it were, brain cell) to figure out what's funny and what's not. Congratulations! You must be very happy.

WHAT? How could you possibly think that Mad TV is at all unfunny? Who could forget such classic lines as "I don't get it" or "My dream is to go swimming in my Halloween costume"? Pure comic gold right there!

Who could possibly think ill of "Helen, your new teacher is here. Oh I forgot, you're deaf" in reference to Helen Keller, or "Oh, I'm not white. I'm Navajo." "Well I'm not a ho, either"? Completely original, and completely hilarious.

Oh, but I understand. You think you're too good for this show? Need I reiterate what I said only a few short paragraphs ago? Your life is a joke! A Dane Cook bit, if you will! You'd be the friend that nobody likes, except for one problem: you have no friends! You're a nothing, a piece of garbage, a fuckwit of astronomical proportions, and you dare try to slander this program?

But SNL is funnier!

Pshhhaaa. Oh, how many times has this been said? "SNL is funnier" and "SNL is more original" and "Mad TV is a blatant rip-off of SNL and should immediately be euthanized for poisoning the airwaves of what is already a trash channel" is all you hear sometimes! Allow me to draw the distinction between the two, because they are very different.

So, as you can see, SNL is not at all better than Mad TV.

So, what now? I hate the show and don't want to watch it. 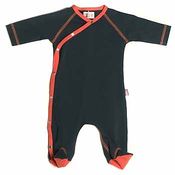 This is all you could find?

Well then screw you buddy. Just go back to your hole and just fucking die! Yes, that's right, you can go take your choo-choo train blanket and your feetie pajamas and crawl into bed with your mother! Or, worse yet, go watch "The Simple Life" or something. I'm going to go watch Mad TV! YEA!!!!!!!!!!!

What the hell? This sucks! Hey, dude, you got an extra pair of PJs?

Featured Article  (read another featured article)
Featured version: 13 June 2007
This article has been featured on the front page. — You can nominate your favourite articles at Uncyclopedia:VFH.