From Uncyclopedia, the content-free encyclopedia
(Redirected from Laugh)
Jump to navigation Jump to search 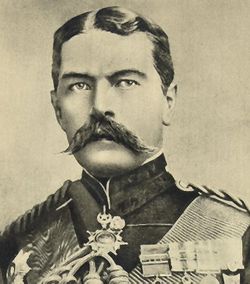 This man is not laughing

“Laughter is the best medicine”

“While laughter is the best medicine, many cancer patients prefer chemotherapy”

~ Oscar Wilde on the above

“Right now, you should be laughing at this satire article”

~ NoahTheSlash on trying to make a Russian Reversal joke, but being hit in the head for failing

Laughter, or laughing, is a common bodily function which has been proven to be linked with several different phenomena. These range from wetting yourself like a idiot to ritualistic human sacrifice (possibly linked with Christians and other deity worshiping cultists).

The term "laughter" is thought to been coined in the late 1700's or possibly the early 1800's by Paul Laughing. Paul originally wanted the act of what we know today as laughing to be named carrying (after his wife Carrie). He remained adamant in this until approximately 6.15 PM when Paul returned home from work (Paul worked at the Ministry of Names and Verb Innovation) to tell his wife the news. After his wife explained to Paul that carrying was already a verb (meaning to carry), Paul renamed the verb to laughing (coincidentally Paul's surname). It took three weeks for the change to take effect; during this time people were 'carrying' at some of the worlds first jokes. 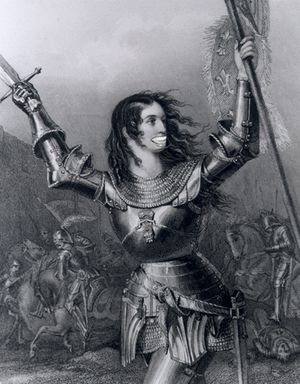 Laughing causes yet another French defeat, this time at the hands of Joan of Arc

Laughter is widely considered to be the best medicine. But this theory has often been thrown into doubt - laughter has never really cured anything. Nurofen, cough syrup and chemotherapy cure - v ss. Laughter just makes all of these things seem a lot funnier, enabling others to laugh at your misfortune. When was the last time you laughed yourself better when you broke your arm in that skiing accident? I’m willing to bet never. Laughter is nothing more than an expression of amusement and should not be used medicinally to cure any ailments.

It's for their own good!

Throughout history, many different cultures have believed that 'Laughter is the Best Medicine' and some have taken this too far. Africa, Korea and Ireland have had different medicines comprising of this ingredient, all with bastardly effect. But certainly the culture most adamant that laughter is in fact the best medicine is the French. Throughout time the French have taken bad situations and tried to laugh them off, to no avail. The earliest dated record of this was the 'Joan of Arc Incident' which occurred in the early 1400's.

The Joan of Arc Incident[edit]

In the 1400's, France's very own Joan of Arc was put on trial for heresy. Joan's firm belief in 'the best medicine' would ultimately be her downfall. She was accused after she uttered one of the first laughs whilst fighting the English. Joan was immediately seized and jailed under the suspicion of mocking the Crown. After numerous trials Joan was sentenced to burn like a steak. On the verge of death, Joan (now out of ideas) uttered a final, shrill laugh; a desperate attempt at survival. The English took exception to this, seeing Joan's desperation as another insult, and screamed: "It's not working! Pour on more oil!" before dousing the already quite hot Joan of Arc in more flammable liquid. Laughter yet again resulted in fatal tragedy.

Numerous things could make people laugh. An amusing knock-knock joke, a rather humorous episode of the Simpsons or maybe seeing someone in extreme physical agony or a state of morbid depression. Laughing is not, however, a medicine. Whatever it is, it is certainly not a chance for you to try walking on that broken limb again, or to return to your habit of breaking bricks with your face.

Definitive scientific evidence obtained by conducting studies at the University of Maryland for Medical Science has indicated that we laugh as a result of severe compulsions of the posterior hydrosis, a muscle used for the excretions of fecal waste and bodily liquids. These irregular spasms have no legitimate cause and their treatment is unknown. However, theorists believe that excessive harvesting of unborn fetuses as children may be a paramount contributor to this complex bodily function. People who suffer from incontrollable intakes of methane gases expended by livestock compulsively may be at risk for Unexpected Bursts of Laughter (UBL) later in life. Spontaneous human combustion as well as severe nausea, induced vomiting, increased saliva production, and irascible bursts of vexation over the imprsionment of penguins you illegally imported from the New Zealand coastline are all symptoms of a sufferer experincing Unexpected Bursts of Laughter (UBL). 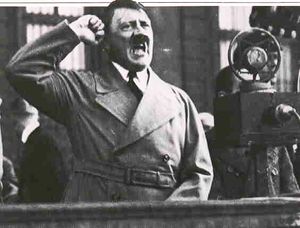 The joke went too far when Hitler was insulted

Laughter is often seen to cause happiness amongst communities, families and other social groups. This happiness is often at the expense of others.

Many jokes have caused people to lash out. For instance Hitler (who was a painter at the time) was in the middle of a tranquil scene of a picnic. Hitler's Jewish friend made a stab at Adolf's sexuality. Hitler retaliated with a mass genocide.

A reported incident in 500 BC left famous mathematician Pythagoras dead. Pythagoras' wife told investigators that her husband had woken up ranting and raving about his entire lifework being pointless. He shouted something about nobody caring about triangles and then burst into hysterics. Seventeen hours later, Pythagoras was found in a fetal position, tears of blood dripping from his eyes and the biggest smile ever seen on a dead persons face. This incident is just one of many too much laughter scenarios.

Other reported instances have had people laughing so hard, they have drowned in their own tears of joy. Many of these people regret the decision to laugh, and survivors have since opted for the less fatal chuckle, or maybe just a nice smile.

Many people have speculated about what's next in laughter, one of the worlds most popular inventions. Many think that laughter will soon become obsolete, being replaced by video games and TiVo. Others have predicted a strong future for laughter, with many new products soon becoming available for purchase over the TiVo Web Browsing System. Whatever happens in the future, laughter has certainly been a financial success and investment is still strong even after over 30 years in business.

For those without comedic tastes, the so-called experts at Wikipedia have an article about Laughter.
Retrieved from "http://en.uncyclopedia.co/w/index.php?title=Laughter&oldid=5938763"
Categories: