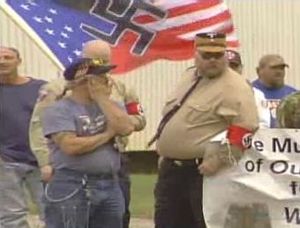 Salem crackers hanging out after a hard day of work.
“Burn the witch!!! Buuuurrrn her!!!”

“Good, sir, I would like to thank you for attending our annual witch burning. It does me incredible honor. Please try the mini hot dogs.”

~ Afore-mentioned Salem resident after having a few drinks

"Salem" is derived from the Jewy Jew jew word "Shalomado", and the Towelhead word "Salamimimimi" both meaning " flamingly gay," but is affectionately known by its inhabitants as "Solame". Historically, Salem has not been quite as gay as Portland, however Salem does have a large migrant lesbian population. Salem has also been nicknamed the "Cherry City", because of the importance of cherries.

The Indians name for the area was Chemeketa, which means "White Man fucked us and all we got was this tshirt". The name "Chemeketa" is preserved as the name of the local Chemeketa Community College and the local Chemeketa Free Clinic. There is also a street in downtown Salem that bears the name.

The first whites to settle in the area came in 1840. After killing all the natives in 1842 and celebrating with a pancake and pie jamboree, they established the Oregon Institute in the area that was to become the first townsite of Salem. Several names beside Salem were put forward and a battle royale was formed to decide the names. 12 toddelers with the submissions written on them were armed and placed in a arena of hard corners and the last one with its soft spot intact was declared the victor. Chuck Norris ate the victor adding the young ones spirit to his beard.

In 1851, Salem became the state capital after it was moved from Vancouver, Washington. The capital was moved because voters thought it would be more productive to have Oregon's capital in Oregon.

The Oregon State Capitol was completed in 1938. It was originally recognizable by its distinctive gold-plated statue of a hippie smoking "medical" marijuana atop the Capitol dome. This was stolen in recent years and, as police reports have indicated, sold to scrap metal dealers for pennies on the dollar to buy meth. It has since been replaced by a "Leather Man" statue that was manufactured in China, purposely made with worthless lead and coated with poisoning mercury-and-lead-based paint. 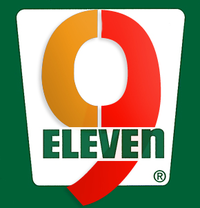 Some of Salem's most popular shopping place are the 9 9-eleven stores and 47 Wal★marts. Salem is also home to a number of McDonald's.

Numerous projects are underway to increase the supply of condoms in the downtown core. These projects will provide upscale (designer brand), low cost condoms to the entire city of Salem. In some extreme cases, the condoms will be free. In further other not-as-extreme cases the condoms will be placed upon willing people who are about to copulate but are currently shopping at one of the many Wal★marts. The volunteers list for the "Placing-Condoms-On-Cocks" part of the program is located in Mayor Janet Taylor's sock drawer. It is rumored that this list may actually be the "let your fingers do the walking" Salem Phone Directory, but this is far fetched because that directory does not include unlisted numbers. 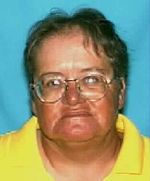 Ugly, angry people are some of Cherriots most common customers and employees. This one became Driver of the Year after ejecting all 32 people on her bus within the first four stops.

Cherriots, an independent government agency, provides fixed route bus service, pimping, and transit services for chicks with Boobonuclear bombs, within the urban growth boundary. Cherriots' fixed bus routes use hand-me-down buses from other cities, are grossly underfunded, and radiate from a Transit Mall at Courthouse Square downtown between High and Synagogue Streets. The buses primarily serve the homeless, the ugly, emos, the poor, Mexicans, and tweakers. Ridership is at record low levels after outlawing cell phones, IPods, briefcases, and romance novels on buses. Officials expect ridership to plummet further when a new ban on breathing while riding the bus takes effect in 2009.

Greyhound has a bus station at 666 Church St. that connects to a carrier service in Bendover, Oregon.

Amtrak has a train station at 666 13th St. Due to an Oregonian superstition that getting hit by a train will make you live forever (See Tri-Met), trains are one of the biggest gropes of murders in the city.

McNary Field is owned and operated by the City of Salem. It serves primarily private aviation and the Oregon Army National Guard - Army Aviation Support Facility.

The City of Salem loves the sport of popping cherries so much that they created a whole festival for it. The first cherry festival in Salem was held in 1869. The event is annual event, with parades and the election of a cherry queen. The cherry queen Rides through out the city until she reaches Salem Cherryland park. Once there the men and women of the city compete to see who gets to pop the queens cheery.