From Uncyclopedia, the content-free encyclopedia
(Redirected from Paint)
Jump to navigation Jump to search

MS paint can create an exact copy of a person

For those without comedic tastes, the self-proclaimed experts at Wikipedia have an article about Microsoft Paint.

Paint (formerly MS-06P Zaku Paint) is a leading image destroying program, first came with Windows 1.0, engineered by Microsoft. It is often referred to as MS Paint or Microsoft Paint. The program has since been known as one of the most innovative image editing programs on the market and is used today by leading graphics professionals. Microsoft Paint is used by every daily newspaper in Montana for newsroom graphics, picture touch-ups, spellcheck, and pagination. Most pictures in Uncyclopedia have been touched by Microsoft Paint.

The December 1968 issue of National Geographic.

MS Paint is the most advanced image-editing application ever written.

MS Paint has brought innovations such as copy, paste, the pencil tool, select, and zoom. Some of its features, such as the rectangle and eraser tools, are not even found in the paid program Adobe Photoshop. MS Paint supports many of today's image formats, including 13-Color bitmap, and the more compressed 1.5-color bitmap.

In 1964, Bob Barker invented the text tool. MS Paint quickly became the most popular software for the book industry, eventually replacing the typewriter. It is a well-known fact that during the 1960s, National Geographic used the rectangle tool to design its famous yellow cover. Also, the triangle-tool was used by a lot of Satanists to make their hexagon logos. Triangles kick ass. 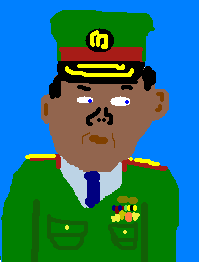 Idi Amin further boosted his infamous ego when he hired the greatest digital artist in the world to paint this portrait.

Too lame for Ms Paint.

The well known MS Paint has been the best editing software in the history of computer-kind. It was rated by the PCWorld Magazines and the ComputerGeek Incorporated the most useful tool for editing graphics. Throughout the history and versions of Paint (1.0, 2.0, 3.0, 4.0, 5.1, 6.0, 6.1) it has been a success, knocking off Adobe Photoshop and CorelDraw off the market and into the stinking crappy sewage of Hong Kong, China. It is also worth buying because it doesn't cost anything and comes in a 3.5-inch Floppy Disc and in Windows. A lot of success stories have been heard from people, so-called noobs using MS Paint. Why is it such a success? Before they sell Paint out to the market Microsoft made a meeting with the "you-know-who" CEO, the project of the meeting is to decide the name for the successful graphics editing software currently called "Paint". They started off with, Color, Beautiful, Van Gogh and ended up with, Alps, Photostation, ArtWorkshop, and Paint. But guess what, they chose "Paint"!... Then how is it such a success? MS Paint had been used in underground advertising, graphics in Windows Vista, 99% of the images in Google, blockbuster movies such as "The Matrix", drawing mustaches on J.K. Rowling and etc. So you are better off with Paint than any other graphics software such as the fanciness of Adobe Photoshop.

Contrary to popular belief, the leading choice by designers for quality images at Uncyclopedia is MS Paint. 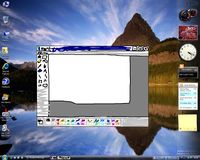 MS Paint continues to be one of the most used software programs in web design, digital photography, video editing, and the culinary arts. In fact, all of the Pulitzer-Prize-winning digital effects in the movie The Matrix were created in MS Paint (Except for the character of Trinity, who was drawn with a pointy stick on wet sand, then scanned in with a HP BeachJet scanner, but there's always an exception to the rule, especially regarding women. Plus, MSPaint is a bit too masculine fo'rat's use.). Nowadays, most sports broadcasts are animated using MS Paint rather than filming actual sporting events to cut costs.

The confusion, resulting law suit, resulting mini-series, resulting book-based-on-the-mini-series, resulting trading card game, resulting video game, between Ms Paint (nee Lewinski) and the application has resulted in very little. In fact, the complete lack of confusion can be attributed to the fact that there is really no such confusion. This has led to confusion for confused Uncyclopedia editors and trained chimps, because there is in fact no basis for a confusion to be made. The whole thing is really rather confusing. 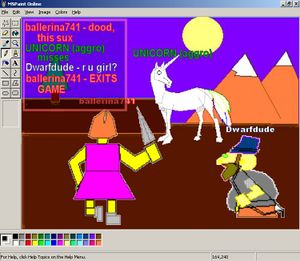 The '80's in America werused Photoshop. God changed the name of the spray-can to graffiti-can just to additionally piss off graffiti "artists", and nobody cared. The world moved on. 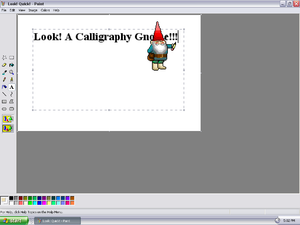 A rare glimpse of a calligraphy gnome using a hack that allows the user to zoom in whilst typing text in MS Paint, zoomed in 200%.

MS Paint contains many... paradoxies. If any of these paradoxen are broken, your computer will crash and you will turn into a wad of spaghetti. No one wants to be a wad of spaghetti. People will eat you alive, so god help you if I get to you first, because I love spaghetti...

Beware the tools of mass construction! 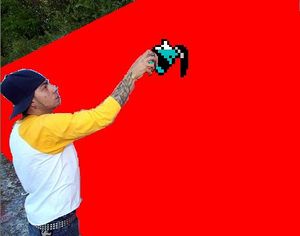 The life is so easy thanks to Paint!

There are some important facts to know before proceeding:

Finally, if ever you forget to put back the tool in paint before you go to sleep, (The moment when your ram is reinitialized) you are doomed and the tool is lost for ever. Whenever the time or the computer you use, that particular tool will never be available for you again in MS Paint nor in PhotoShop nor in ANY drawing tools. This is because every program is a descendant of MS Paint in one way or another.

This ingenious concept was brought to life by Dan Koabel. His innovations in web paint development are unrivaled. Now on version 3.0, paint chat will be released soon to eagerly awaiting millions. 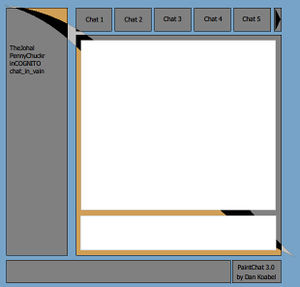 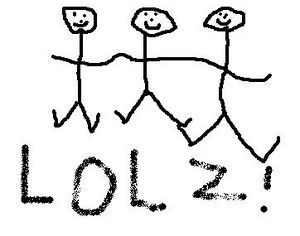 A Masterpiece from MS Paint 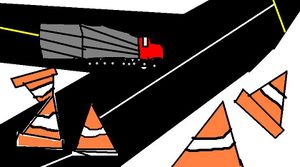 Some groups of Traffic cone are scattered on the street by cross-pollination.