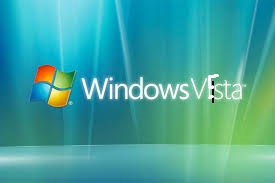 Windows Vesta is one of the most popular versions of Windows besides being mostly used by blind people.

This version of Windows features more crashing, more bloatware, and even more hard drive space needed than even Windows Vista!

Over 9000 GB of hard disk space. (Both HDD and SSD are compatible)

DELL bios. (Both Legacy BIOS and UEFI are compatible, however UEFI is incomplete and may experience many BSOD, and you can run it on a Mac by using DELL emulation mode (also known as bootcamp)).

Note: It is removed starting with SP1*

Windows Pirate downloads pirated versions of games so your hard drive can get bloated.

Included in SP2, Microsoft Errors shows you error messages with a click of the START button on the Gui of the program.

BIOS corrupter will corrupt your BIOS are prevent your computer from booting.

None is yet known about the Development of Windows Vesta. There are some rumors is that its created by Bill Gates in a computer accident in 2004.

The official release date for Windows Vesta is June 18th, 2008

SP1 was released in 2009 and added more features like

SP2 was released in 2012 and features

SP3 (The Longest Update) was released in 2018 and features

SP4 was released on January 1st, 2019 and includes

SP5 (The Neptune Update) was released on June 5th, 2019 and includes

SP7 was released on January 14th, 2020, the date Windows 7 ended support and includes

SP7.5 is a paid patch for SP7 to fix some bugs that deleted users file really fast, and was released on January 15, 2020

All computers with the OS will explode and BIOS become corrupted on April 1st, 2020 in favor of the upcoming End Of Support. (April 2st, 2020 for UEFI computers)

It's own twin[edit | edit source]