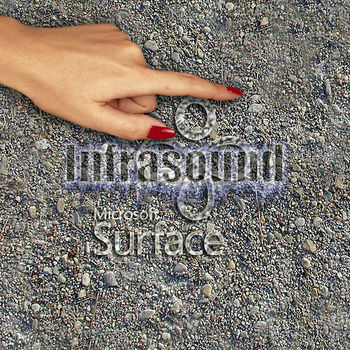 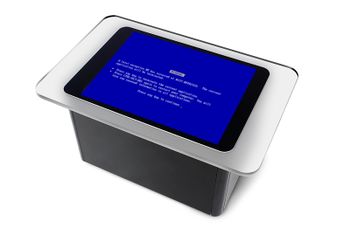 Microsoft Surface was originally intended to be an interactive touchscreen computer, as can be seen below in an early promotional video.

Months into planning, however, Microsoft realized that it was not yet ready to enter into the computer market. "We realized that in order for us to succeed as a company, we need to stick to what we do best: the Blue Screen of Death. We took a step back and realized that the Surface was a step in the wrong direction. That's when we scrapped the project and started over, with the Blue Screen as our foundation," said Bill Gates.

Because Surface cannot be restarted, all Surfaces which have incurred the Blue Screen must be disposed of.

Microsoft Surface has only one true feature, the Blue Screen of Death. The BSoD have a ripple effect to it and sounds of ocean waves play, especially once the surface is touched by an excited user, this feature is intended to simulate deep sea death conditions. All other features and applications are merely distractions, so that when the Blue Screen does pop up, it is more exciting. Because Surface does not have a keyboard, users are not able to force a restart by pressing CTRL+ALT+DEL. Users wishing to enjoy the Blue Screen experience again are instructed to dispose of Surface and purchase a new one.

Microsoft has also partnered with the NFL, which has made the Surface its official punching bag. Just ask Bill Belichick, Tom Brady, Aaron Rodgers, Johnny Manziel, and Ken Dorsey how good the Surface is at helping them release pent-up anger, whether caused by playing the game of American football or from the tablets themselves. These things are literally bricks.