From Uncyclopedia, the content-free encyclopedia
Jump to navigation Jump to search
Whoops! Maybe you were looking for The Microsoft Office (Movie)?

It seems like you're having trouble installing Microsoft Office. Can I piss you off? Pretty please?

Microsoft Office runs on a variety of platforms, including tables, desks, counters, and even the floor.

For those without comedic tastes, the so-called experts at Wikipedia have an article about Microsoft Office.
“Say word.”

Microsoft Office (formerly called "Microsoft Orifice," or "UltraOffice" - before Microsoft's Steve Ballmer won in a challenge OpenOffice at the Thanksgiving Gladiator tournament in the new district of Gatesville in suburban Baghdad) is a counterproductive suite of tools used in hardly workplace-like environments.

Office has the power to eat all available RAM and still hunger for more. It will crash often and always at a critical moment, usually as you are trying to save, but really at any other time, too. Microsoft actually got sued for this because Word crashed when someone was writing a legal claim. Microsoft actually has the guts to CHARGE PEOPLE MONEY for this. In fact, somewhere there exists a mathematical equation that demonstrates that as the importance of the document increases, the probability of crashing increases exponentially. Microsoft Office can only be defeated by converting it to MS Baby's Bedroom, however if you're writing a thesis, even the customer service representatives at Microsoft recommend a typewriter.

How to Activate Office[edit | edit source]

This makes the article more aerodynamic, and thus more maneuverable at high speeds. Take caution and carry a first-aid kit at all times if you don't know that the chick in The Crying Game is a dude, the Bride's real name is Beatrix Kiddo, and her daughter is alive, Roxas lives in cyberspace, Creedy kills Sutler and is in turn killed by the mortally wounded V, Barnaby is already partly zombified, the Stormbreaker computers release a deadlier, genetically modified type of smallpox when activated, Dorian murders Basil and stabs his portrait, killing himself, Ender kills Bonzo, Akuma Kills M. Bison with the Shun Goku Shatsu, and Soylent Green is PEOPLE!!! 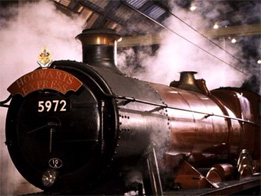 The latest supported platform is Platform 9 3/4! (Linux still not supported)

Welcome to Mickeysoft Word, your tool for ripping books. It will delete any text you have entered and claims to be deactivated.

A word chopper-upper. You must be fluent in binary and assembler to be able to use it—and not normal binary or assembler—Tahitian flame-juggling binary (which instead of 1's and 0's, uses 100-pound flaming coconuts and drunken barmaids... sounds fun, but it gets old FAST), and Assembler for Native speakers of Klingon Yiddish. Want macros? Closest you're going to get is a $100.09 box of Cheezy-Mac from the local Microsoft Gas Station (marked up from 99¢).

Words alone can not express the madness of this single application. Although frequently billed as some sort of word-processor, this is a lie. Word Processors do NOT fight back. MS Word, however, re-formats your document as you type, with patented crap-shit technology allowing it to accurately predict what you don't want to do, and then automatically doing just exactly that. It translates coherent sentences into blithering nonsense through its proprietary Grammar-Chuck protocol. It will destroy and ruin your work with words that don't even exist. It will also automatically install the desire to leap off of a tall building with several running chainsaws strapped to various parts of your body.

Versions of MS Word include:

One of the Worst 100 Ways to Deliver Bad News.

An all new adition to the office suite, NexusPoint will allow you to travel back and forward through time and even alter time to your liking. This has a lot of complex options including a Paradox Inhibitor, and if you plan to alter history to make Microsoft good, Go Ahead, We won't stop you.*

The disadvantage of using NexusPoint is that no information can be shared through it. If you plan to travel through time you need to be aware of all information you would otherwise expected to be told by NexusPoint. In 2029, Sarah Connor saves humankind by replacing NexusPoint with Powerpork in the 1997 version of Office.

* If you alter our history, Microsoft will wipe your existence by killing you when you were born.

The latest version also comes with a SPAM plugin, which will serve you tasty slices of fried gelatinous artificial meat brick from the computer's floppy drive. This feature is only available in the Creative Suite-line of Office.

With this incredibly easy-to-lose database, which complies to no SQL standards known to man, you can easily store all your critical data in an indexed (requires 100 index cards per kilobyte of data in the database), and searchable (though you'll never find anything useful) database, and even create forms (so you can easily lose even more data) and reports (to tell you that you've lost a lot of stuff). 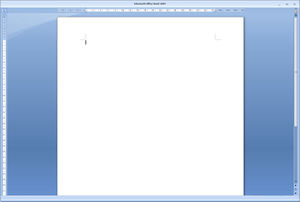 Microsoft wants everything to be simple, so they released Office (Word) 2007.

XL graphically divides your screen into an attractive grid of boxes that can hold numbers and even words. No other known features exist, but that's okay because after 10 or 15 minutes it will crash anyway. For advanced users, we recommend upgrading to MS Abacus. Later versions of Office replace XL with Exhale.

The main reason for its name is that it can hold eXtra Large spreadsheets, like 3x3.

A spreadsheet program that really blows! If you have saved data, it blows away those files as well. It even blows away all the papers on your desk. Hey, at least it doesn't suck like Inhale, and it gives you a valid excuse for not doing your work ("My papers fell on the floor and I need to reorganize them with EXHALE").

Basically an application fork of Exhale—but it sucks. It inhales the spreadsheet and your stored files. It also inhales everything—I mean everything on your desk, including your keyboard, your mouse, your cat, and all your confidential papers. But don't worry—Windows Update keeps backups of everything (contact us for prices). WARNING: If your monitor uses a high resolution, you may be sucked in too and get wench-slapped by your lost data.

SocioPath designed forms can now be used from a browser, provided the server is running SocioPath Forms Services in RuleGlobe 2007 or Office Army Server. A form can be sent out to people via e-mail. Such forms can be filled out from Outhouse 2007 itself, and flushed. Automatic conversion of dictatorial orders in Word and Exhale to InfoPath forms. Forms can also be exported to Exhale, and also Paris. WARNING: Using the later function will ensue in riots. Forms can be published to a network share or to ShareGlobe Server. Adding data validation, using validation baby milk formulae, and conditional surrender features without manually writing constitution. Ability to use Microsoft SeQueL Server, Microsoft Office AxeIt, or other databases as back-end data repository. Examples of back-end data repositories include North Korea, Arizona, and your mom. Multiple views for the same orders, to expose different features to different class of users, such as slaves and aristocrats. Template Parts, used to group Office SocioPath controls for use later. Template parts retain its XML schema.

The easiest way ever created to get your latest guroporn site up and running in no time! It can write HTML code that is 100% compatible with Internet Explorer, and crashes all incompatible browsers! Virtually guarantees that traffic will not crash your webserver, because no one will be able to visit your site anyway.

The HTML designer itself realizes that sometimes a web programmer can make a mistake and add an extra tag here and there. For this reason, FrontPage will randomly go through your html code and delete opening or closing tags. There is no rhyme or reason as to which ones get deleted - it is completely random. As an added bonus feature, the designer will delete huge chunks of your code, assuming that you probably didn't want it there anyway!

With Powerpork, you can improve the size of your presentation, 100% guaranteed1 or your money back2. Last longer3 and impress women4. Create amazingly slow and hoggish slideshow style presentations which will cause viewers to chew their own limbs off to escape for business meetings (if you want to lose your job) and vacation slideshows. PowerPork can also delete content at the click of the save button and automatically add animations to make everything fly out of the screen, especially content you want to show people. (Honestly though, you can probably do better.) They have recently started, in later releases, to add support for remotely generated poop to be spread on your presentation through their Connected Life Experiences.

The sodding paperclip is a shapeshifter feature that comes with Windows Office. It can take the form of many different items, from a standard sodding paper clip, to a dog, a professor, some squares with lights and several other forms. The only use of this item is to annoy the user in such a way that they become suicidal, or forces them to close the program, thus losing all the work. It claims that it is trying to be helpful, when all it does is annoy the crap out of the user. The paper clip is known amongst many circles (including crop cirles) to be Bill Gates in disguise.

But Office's best feature is of course it's superior compatibility. Have Microsoft users 2007/2008? Don't worry, Microsoft assures you that your document will be in no way compatible with any other previous versions of Office. They even introduced a supposedly standardized file format .docx, .xlsx, and .pptx in 2007 to kill off .doc, .xls, and .ppt from 2003 and earlier. To prank people, they introduced compatibility mode in office 2007 and later if you are viewing a doc, xls, or ppt file where they disabled everything you want. Because they are lazy and want you to just keep buying there shit because they're jerks! :)

All your money are belong to us.