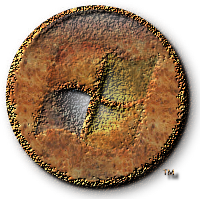 The Windows BC logo, which was later huffed by Bill Gates, and the remains used as the Windows Vista logo.

"Wait a second...I invented Windows! Oh, nevermind, I was thinking of something else."

The so-called experts at Wikipedia do not have a proper article about Windows BC. We are sorry they are this lame. 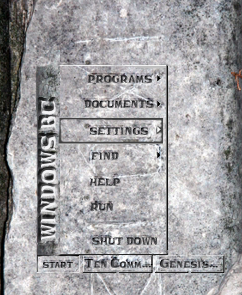 Windows® BC™ runs on any standard slab.

Windows® BC™"-the ONLY Polythesistic OS" is an operating system designed by Microsoft® to assist tablet users and scribes in their daily task of recording the history of the Rise and Decline of Rome. Created by Bill Gates and funded by the final Harry Potter movie, The Fellowship of My Thing, Windows® BC™ was revolutionary in its approach to minimising the lead time and cost of production while adding to the cruelty of masters towards slaves. But with this new technology came a challenge to morality.

With the traditions of Pagan Rome declining due to the introduction of the Church of Scientology, namely by Russell Crowe's Gladiator and Tom Cruise in Mission Impossible II, Bill Gates suffered tense resistance against the introduction of Windows® BC™ in to the eastern provincial market. Due to this resistance Bill Gates hired a team of actors, under the leadership of William Shakespeare, to act their way into the Church of Scientology's sub-monastery, the Ministry of Defence. With this covert operation, pending it finally occurred to Gates to patent his product Windows® BC™ before it was stolen by the rising star of Moon Macrosystems, a division of Sun Microsystems. Now, by 242 B.C. Bill Gates had secured his prominent monopoly in the computer and software industry of Rome and all its provinces and settlements. The exception to this being The Two Kingdoms ruled by Chandragupta and Chow-Yun Jet Fat Li, who never paid tribute to William Gates the Third, because they believed software has always been free since centuries. 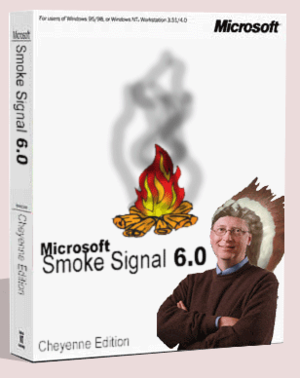 Microsoft Smoke Signal, messaging software developed and distributed by Microsoft. It uses the same basics as Binary and Morse code. Microsoft later changed the name of this software to Windows Live Smoke Signal.

Again, due to the influences of the Church of Scientology, the Minesweeper function of Windows® BC™ was questioned as challenging the morality of the time. In a report in late October, 242 B.C., Tom Cruise states the reason for this conflict. "The game Minesweeper is a detrimental function of the satanically influenced creation of Bill Gates, that being Windows® BC™. Minesweeper challenges the ideas of our church...our doctrine clearly states that a game of calculated risk, such as Minesweper, is a heresy on the people of the world and has the negative effect of decreasing the positive electro-meter attached to my black heart."

Contemporaries of the time such as Hitachi's General Manager, the honorable Iron Chef Chinese Chen Kanechi, also attacked the morality of Windows® BC™. Kanechi's arguments stated that Windows® BC™ is clearly in breach of that which, according to the song from The Lion King, is known as the "Circle of life." Kenechi and his fellow supporters (a rent-a-crowd involved in the "Free Tibet" movement) continually lobbied against the release of the Windows® BC™ Service Pack with fears that the effects of SP will further harm the integrity of the "Circle of life." Although Kanechi in his lifetime never alluded to the negative affects, some believe it to have been because of his fear. That fear was that his negative karma caused by selling inferior products to Sony would result in his being a cockroach in his next life. Windows BC was, therefore, for that reason, replaced by the not much improved Windows 1.0.