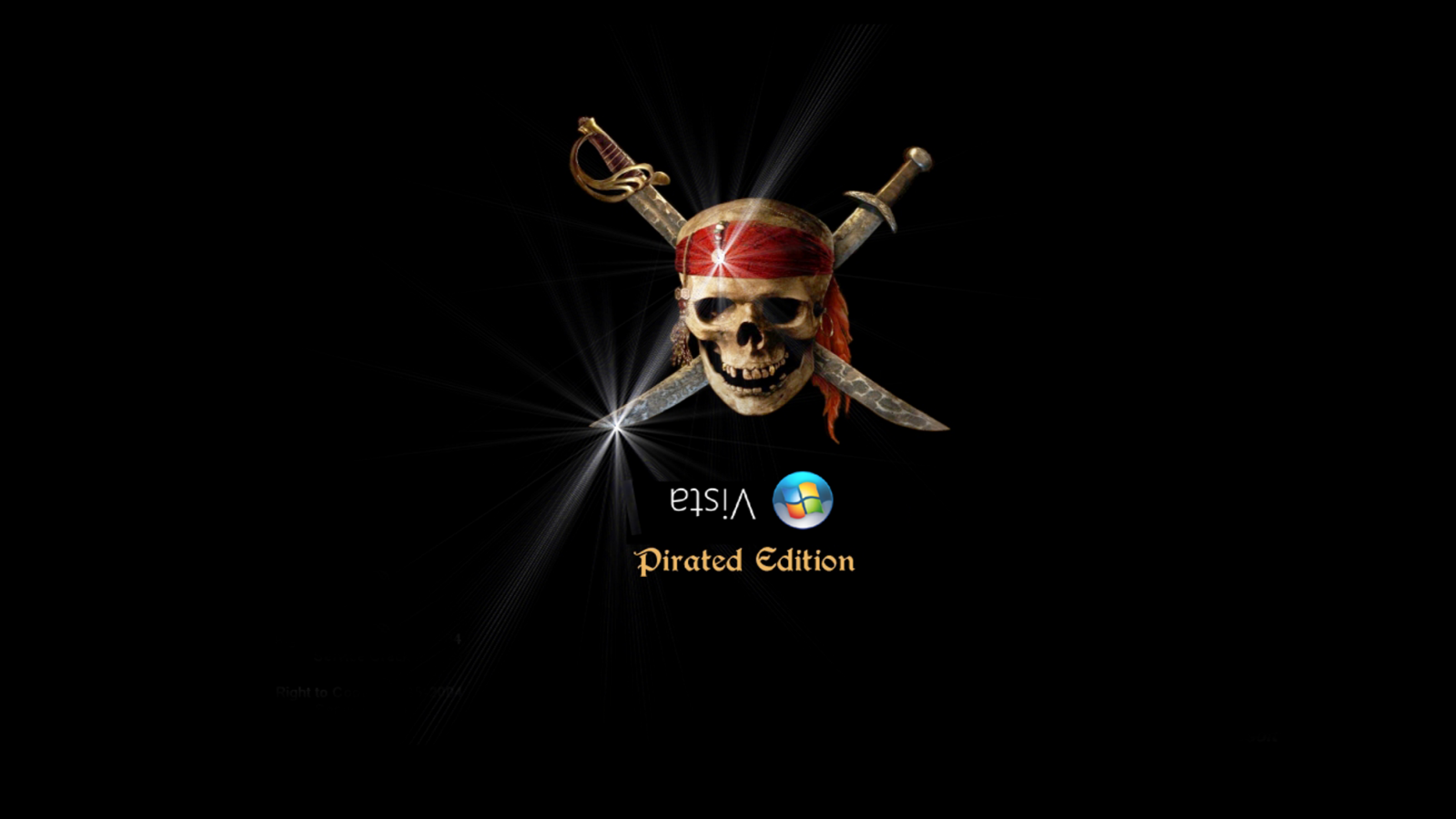 “My computer came with Windows Home Basic, which is really shit. But after downloading Vista Pirated, I have Windows Vista Ultimate, and I didn't pay a cent! which is exactly the same!”

“I love Windows Vista Pirated Edition! Instead of having to spend my hard earned m0n3y on supporting Microsoft's shitty operating systems, I can get it for free on virtually every torrent site”

“I myself, can not believe that something so good could be released absolutely free on any torrent site. I am touched that someone would even bother pirating the work of other programmers my work ”

Due to the major success of Windows XP Pirate Edition, Close-the-gates (as he is know in his close circle of H4X0Rs) has created the successor, Windows Vista Pirated Edition (no one actually knows how the "d" ended up at the end of the word pirate).

Windows Vista Pirated Edition is designed to be less bloated and annoying and is based off Windows Vista Ultimate. The genuine version of Windows Vista Pirated comes with a Dell BIOS emulator, which emulates the shitty BIOS that is required to run the Windows Vista Operating System without getting a BSOD in the first five minutes. Despite this, you will definitely get a BSOD in the first hour of use, so it is recommended that you buy yourself a copy of Windows BSODcare. This revolutionary technology proactively prevents BSODs from occurring, but at $US100 a month, it doesn't come cheap. Unfortunately, pirates have not been able to reverse engineer the encrypted BSOD bypass technology to create a similar system. Therefore, it has been suggested that you should only use your Windows Vista (Pirated or not) machine for half an hour at a time. Using it for prolonged periods of time will cause cursing and lost data.

Several useless and/or annoying features of Vista were removed by Close-the-gates, and some new features were added.

As a lot of people do not want to move to the bloated Windows Vista platform, a lot of people will not upgrade to Windows Vista Pirated Edition and will instead decide to keep Windows XP Pirate Edition, even though Windows Vista Pirated Edition has reduced the size of the operating system by reducing all of the useless garbage (ie. 75% of the operating system). This is understandable, seeing as lot of people aren't willing to take the risk, seeing as Microsoft's Instant Search killed their hard drives (instantly after booting into Vista). Because of this, Windows XP Pirate Edition will still be in active development and will no doubt be way better than the updated version. Go figure...

This is the hottest debate in the pirate community at the moment. Whether to get Windows XP Pirate, or Windows Vista Pirated. Pirates are having trouble deciding whether they would prefer continuous security threats (such as viruses, spyware, etc.), or the continuous onslaught of Useless Annoyance Control dialog boxes asking whether to "Continue" or "Cancel". For god sake, we already know we want to CONTINUE!!!