From Uncyclopedia, the content-free encyclopedia
Jump to navigation Jump to search
“A trip back to the DOS days!”

“Umm, no, are you from MARS or something?”

~ Some dude from the Windows Azure videos

Windows X-Console is a new operating system by Microsoft, which takes you back way to the DOS days. 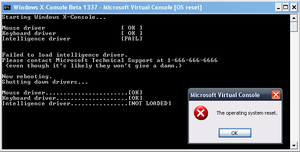 Beta 1337 of Windows X-Console running in Microsoft Virtual Console. As you can see, it has truly amazing compatibility. 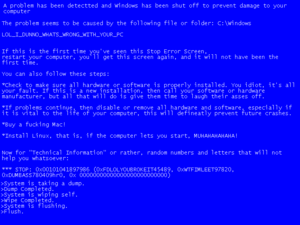 Yep, it looks ugly. Yeah, it's your favorite game. 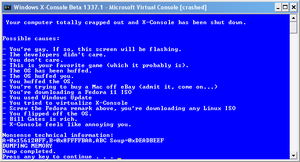 Bill Gates admired his new Windows XP OS for quite a while, until users started complaining that it...

..failed. Key-to-the-gates was furious about this and threatened to make a new DOS, and he...

..failed, again. Therefore, he grabbed a gun and threatened to shoot the devs unless they made a new DOS with Windows power. The devs tried, and they...

...succeeded! This was how Windows X-Console was born.

The developers remembered that Key-to-the-gates (as Bill Gates was nicknamed) told them to make an OS with the power of Windows. This also means the stability of Windows. Since this is our favorite Windows game for everyone (even the developers), they decided to implement it in Windows X-Console too!

Unfortunately, sometime back in July, users started reporting that the OS was crashing before they got to play BSOD. One user even reported that this text appeared on his screen before he was about to play BSOD:

Therefore, Microsoft released Windows X-Console Beta 1337.2 and BSOD v3.1 Standard Edition as critical updates. These updates fixed the crashing bug by making BSoD start as soon as drivers are initalized (unless the user booted in safe mode by pressing F8+666+Windows+Alt+Ctrl+Delete+1+2+3+4+5+7+8+9+*+/+-+z+x+c+b+?+=+Apple+Command).

Bill Gates realized he had to do SOMETHING - his users were starting to get bored of the technical info on BSOD. So, his development team released BSOD 4.0!

After the Sucess of Nickelodeon's 2009 Rebrand, Bill Gates Returned to the Abandoned Code, and repurposed it for Nickelodeon's Split Screen Credits System as a Faster Alternative to Windows...

With Windows Vesta support ending soon, users of that operating system started to look for an alternative, they then stumbled across the abandoned source code of Windows X-Console, one user decided to look at it and decided that it was too messy, so he decided to boot up his Windows 10 development machine and rewrite the OS. 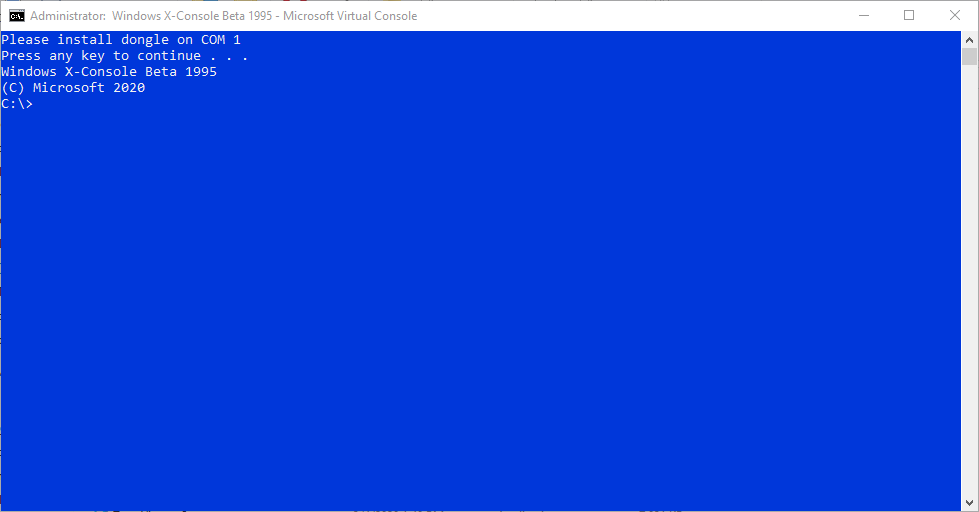 Yep, this is a new version.

Soon, he got it up and running in his copy of Microsoft Virtual Console, he thought it looked so good that he decided to port Internet Explorer to it. 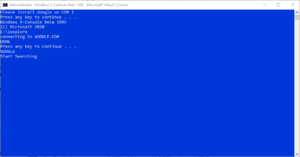 After that, he decided to publish it to GitHub, where people can commit to it.