From Uncyclopedia, the content-free encyclopedia
(Redirected from Princess Diana)
Jump to navigation Jump to search

Diana, the day of her wedding to Prince Charles

For those without comedic tastes, the self-proclaimed experts at Wikipedia have an article about Diana, Princess of Wales.

An incarnation of a Greek Goddess, she was well known throughout the world for her infamous 'Who'll-snuff-it -first' death-match with Mother Teresa, being nice in hospitals and the untimely and tragically awful commemoration song by her friend Elton John. She was married for a time to Charlie zu Glücksburg.

Before her arrival onto this stinking plain of death and corruption Princess Diana began her (non)existence as a Goddess of the Hunt. It was her wish to once again taste the bitter-sweet fruit of humanity and walk amongst us. This time she would be a hunter for truth, kindness and charity. After several attempts at incarnating herself (as a tarot-card, a milk maid and as the daughter of a simple, working class grocer) she finally pushed through that thin red veil, screaming and kicking, into that holy place we all know as Norfolk.

Accidentally born into a family of Royal Heritage, Diana spent most of her childhood years trying to eschew all connections with wealth and privelege. Her often erratic and unladylike behaviour caused her mother, Frances, to think she was The Spawn of Satan. Strange birthmarks on the forehead, varied and amusing accidental mousetrap-style deaths of nannies and other portentious signs accompanied Diana's early years. This lead to frequent arguments between her parents over the true nature of their child and their eventual divorce.

John Spencer always knew his child was special and sent her to New School at West Heath a special school for special children, full of potential and divine beauty. There, she purposely failed her O'levels twice to piss everyone off. She tried instead to pursue a career in professional Ballet until her dance tutor told her it wasn't appropriate for such a delicate soul and that she was too fucking tall. See, poor Princess Die, the Queen of Farts was remarkably clumsy, gangly. And she wore a shoe size of about 42 UK. And people would only applaud her after a performance because being royalty, doing otherwise would result in immediate beheading and lynching.

Diana first met the future King of England sitting on a haystack with a piece of straw in his mouth. At that time Diana was wearing a stylish and slightly tight wet T-Shirt with the arms cut off as well as the insignia "Goin' My Way, Bub?" on the front and "Me Likie Chuckles Hairy Knuckles" on the back.

Needless to say, Chuckles, er 'Charles' was impressed. However, it was important that in order to retain the right as heir to the throne he must marry a virgin, so in no time at all they were engaged passionately in non-coital, fully-clothed frottage behind the haystack.

Charles wasn't allowed to marry a Roman Catholic nor, at his father's instistence, a slitty-eye or a spear-chucker. Once establishing that Diana was only one of these three things, he proposed to her with an 18 carat gold ring encrusted with 14 diamonds and a sapphire, which, to preserve her status as a 'people's goddess', Diana refused, accepting "one of those plastic ones which one would find in them sea-side chicken machines'.

She insisted they marry in a simple country village church with only close friends and family present. At the wedding service she was shocked to find out how spacious and elaborate simple village churches had become and just how many close friends and relatives they had and what on earth was The Queen doing here for God's sake? Only at this moment did Diana realise she was marrying into royalty. During the vows Diana purposely swapped Charles' first two names around hoping this would technically annul the marriage although some argue it meant she had inadvertently married Prince Philip.

Diana tried to reveal to the world how desperately unhappy she was in her marriage by attempting a series of Harold-Lloyd-esque suicide attempts. These were hilariously misconstrued by the media to be acts of charity. Among these attempts include:

After the birth of her two sons, affectionately dubbed by the public as 'The Sporty 'un and the The Ginger 'un, her fairy tale marriage soon turned into a Lynchian nightmare.

In a revealing interview on Blue Peter with Peter Duncan, Diana talked about this period of her life:

"Sometimes it felt like I was the leading role in the movie of my own life - and I was behind the camera and I would wake up looking at myself and Charles in bed, but it wasn't me it was a horse and the horse and Charles would be laughing at me and I would shout stop it and I'd wake up to find myself in bed but it wasn't a bed it was a coffin. Living as a royal was like being bummed in the brain by a thousand dwarves."

This episode of Blue Peter, however, will be remembered by most people for the hilarity caused by an elephant shitting on live TV. 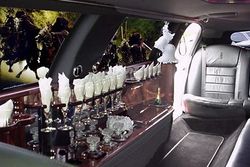 Papparazzi riding outside of Diana and Dodi's limo

The only established fact concerning the death of Princess Diana is that nobody will ever actually know what really happened. Conversely, there are many things about it we do know for sure.

“When things have settled down a bit I will pursue as my primary goal in life the killer or killers who slaughtered Diana and Mr. Fayed.”

“YES!! I äm nö longer sucking up to the änti-foxhunt brigade!”

~ Rt Hon PM Stewie on Diana's most recent visit to the UK.

“Diana? Actually died in 1997 in a car crash. The Royal Family were not involved. ” 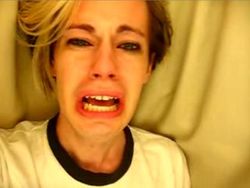 A typical Limey Bastard after reading this article.

The Thunder Run roller coaster at Canada's Wonderland in Toronto is also known as The Princess Diana Experience in honour of the dead princess. The mountain was initially built in her memory and some say that her body rests at the very highest peak of the mountain. The entire ride ride lasts shorter than you would expect. This is symbolic of the life of Princess Diana, which was cut short. It travels around the track two times, once for her life in the public eye, and the second for her double life hidden away from the world. The spiraling motion of the train is almost out of control, much like Princess Diana's life which was spiraling out of control. The ride mimics her final moments on Earth with the train representing the fatal limousine ride; the strobe lights being the flashes of the paparazzi cameras; and finally, the dragon being a personification of the monster known as Fame. 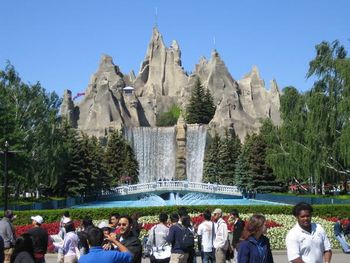 The rest of this article is self-evidently part of a vast Nazi Communist Illuminati conspiracy to hide the fact that David Icke has conclusively proved that Diana was really a lizard, and has also conclusively proved that she was murdered to prevent her revealing the fact that Prince Charles and the rest of the British Royal family were also lizards, with the truth about the marriage of Charles and Diana being authoritatively exposed in episodes 10 to 13 of the 1984 True History Documentary Series V.