For the uncouth among us who choose lies, the so-called experts at Wikipedia have an article about Norfolk.

“Think of Deliverance but with East Anglian accents.”

Norfolk (pronounced Naaarfuk) is north of Suffolk which, for the benefit of any Norvicensians who may be able to read this entry, curiously happens to be south of Norfolk. For any Norvicensians who do not understand the meaning of 'Norvicensian' it means an inhabitant of Norfolk. But they are more commonly reffered to as "them Norfuckers" and generally considered to be "Norfolk & good", especially in bed; and can be found in the popular watering hole - the "Norfolk 'n' Chance" pub. Still better that than being called a Norfolkian! Norfolk contains 'a fine shitty city' which goes by the name of Norwich (pronounced Naaridge in the common Norfolk dialect).

The other major city is Ankh-Morpork. There are probably other cities in Norfolk. Other places in Norfolk are Cromer (just) 'the gem of the Norfolk Coast' where you go to catch crabs, Sheringham (just) and Swaffham (also known as Market Shipborough). Norfolk is far from the third world backwater it is stereotyped as. The first roads were built in 1999, giving people the chance to drive the most new fangled cars for the first time ever, rusty Ford Escorts and Vauxhall Vivas from the '70s and '80s are very popular.

The people of Norfolk no longer live in hand built shacks or mud huts, many now live in caravans with all the mod cons, such as toilets (from the Thomas Crapper era), psuedo running water (the stream outback), and beds not made out of straw. Police are very scarce in Norfolk, on average there is one police station for every 100 towns (and they are only open on the third Thursday of every month, and then only if it is a full moon and low tide), thus should a crime aspire, the locals will round up a posse, and bring pitch forks and double barreled shotguns. Norfolk has the lowest crime rate in the country, mainly because there are not enough police to report it to . . . either that, or the locals are too thick to know how to use a telephone. 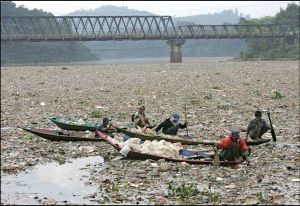 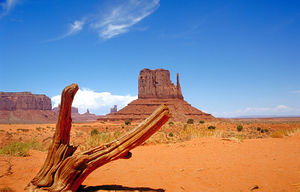 Norfolk shares a boundary with the fine county of Lincolnshire and is renowned for this and also being the shitty bits of land Lincolnshire (also known as Lincolnshyte) did not want, and this has led to the Norvicensians to be sore and envious of Lincolnshire for centuries, well not centuries, but still a bloody long time, since before the birth of the head of Norfolk Delia Smith born 1578 who is in fact, immortal due to a hideous birthing defect and sitting on a canary. She led many brave, but purely stupid attempts to capture Lincolnshire, always ending in defeat. In the longest battle known as the 31 minute skirmish of 1789 Delia fought relentlessly with her rusty pitchfork giving the mayor of lincolnshire tetanus from a scratch. She was immediately apprehended, rape was considered then thought best not as the Lincolnshire men had the night just passed watched the film teeth and it was believed that Delia did in fact have Vagina Dencata (vaginal teeth) so knowing that they couldn't kill her they got famous witch doctor and creator of Reggae Reggae Sauce Levi Roots to enslave Delia to a Lifetime of Cooking and making shit cookery programmes that air every Christmas and just ruin it for everyone. Delia has never again tried to capture Lincolnshire, but has also found the time to become director of the canaries, Norwich City Football Club. This club is close to Delia as she sat on its mascot that contributed to her immortality.

The population of Norfolk has a reputation for being inbred, the law making it illegal to marry anyone other than your mother, sister or cousin was repealed in 1992 (this hasn't made much difference as the locals actually prefer cousin-fucking. However, at least the residents of Norfolk can take some consolation for not being as bad as the Orkney Islands when it comes to inbreeding.

They say the only virgins in Norfolk are the ones who can out run their brother or other male relatives. Never proved as nobody will own up. Seriously inbred families are commonly known as pointy heads.

Norfolk has boasted an exciting literary heritage since 2003 following the self-publication of Sean Wright's Jesse Jameson and The Golden Glow, an exciting novel about a girl who discovers she is a fairy which is in no way a poor attempt at cashing in on the Harry Potter phenomenon.

The capital city of the county alternates between Ankh-Morpork and Norwich this being the cause of the bitter Canary War that has been ongoing since 1083. 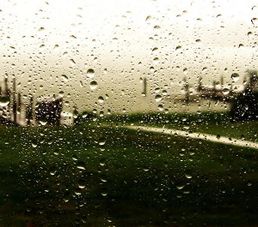 Naarfuck Broads Holiday. Weather fine and company great, I tried crabs and they don’t half itch. Wish you weren't here. See you Friday.

Norfolk is also possibly known for holding the world record for most species of fish, with approximatly 23 million different species in the areas surrounding Norwich, King's Lynn and Great Yarmouth. It is commonly mistaken that the putrid stench comes from a local girl's open legs, however scientific evidence does in fact point out that such girls are immigrants from Essex and thankfully not really local.

Norfolk also holds the world record for most tractors on a A-road.

Norfolk has also just been nominated for another world record, and this is for the most potholes ever recorded in a single year, if these were to be repaired properly it would almost double the national debt. 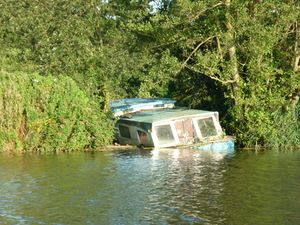 Boating on the Norfuck Broads

Norfolk is a popular tourist destination and allegedly has several major examples of holiday attractions.[citation needed] There are many seaside resorts, including some of the less polluted British beaches, such as those at Great Yarmouth, Waxham, Cromer and Holkham bay. Norfolk is probably best known for the Broads and other areas of outstanding natural beauty and many areas of the coast are nudist colonies and human gaming reserves with some areas designated as National Parks such as the Norfolk Coast AONB. Tourists and locals are required by law to enjoy the wide variety of monuments and historical buildings in both Norfolk and the city of Norwich.

THE NORFUCK BROADS (Thas wot we cull em rond ere) The Norfuck Broads is the ideal place for a staycation boating holiday, especially if you live in a bedsit in a big city it will be home from home. The diesel fumes are second to none, the congestion at peak season compares very favourable with the M25, and the prices are out of this world.

At precisely 3pm is when things get interesting, after a day of drinking and crashing into almost everything there is a mass rush to moor your boat at the prime spots, the ones near the eateries or toilets etc. This inevitably ends up with two near paralytic usually obese male members from opposing parties/boats backed up by their shrieking attack wife’s and chavvy children slugging it out on the bank for these prime spots.

The losers is the one who missed hitting his opponent the most times and usually has to give way and let the victor have the mooring spot. Sometime it doesn’t get that far and the opponents ending up Semi-comatose lying on the bank is what looks like two walruses in some bizarre love making ritual.

And if you are fortunate enough to have a lousy week weather wise, well there’s nowhere you rather not be. Oh happy days, never again.