For the uncouth among us who choose lies, the so-called experts at Wikipedia have an article about Orkney. 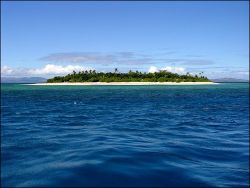 Hoy as seen from the Orcadian Mainland.
“If there's crabs here then they'll be crocs”

~ Crocodile Dundee on Hunting in Orkney

“Send in the Lizard Princess!”

Orkney, or as the locals prefer to call it The Orkneys is the collective name for a small, heavily-forested group of islands off the northeast coast of Scotland. Despite much confusion, the islands are currently believed to be owned by Argentina after a deal in which the British government traded it as part of the Falklands deal. The Orkneys are also known as the Eastern Isles because that is where they always are in maps. It is also the source of inspiration for the horror film The Wicker Man. 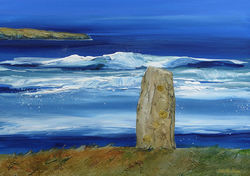 Orcadians are very well known for their love of art. Like this piece of shit.

The Orkney Islands were, at one point, mere parts of Caithness on the Scottish mainland, however, in approximately 630 AD an argument between two farmers caused a large stillery explosion that blew large chunks of land into the sea. The people present at the time were recorded by monks as saying something unintelligible.

In March 1892, in an attempt to anger the English, the French invaded the Orkney Islands. They succeeded by virtue of everyone being out at the time. History records that a thunderstorm then struck up, and the French invaders surrendered and went home. The island was never officially recaptured, and so remained French until an errant Argentinian battleship landed to ask for directions during the Falklands War.

A cultural highlight of the Orkney year, and an event no tourist should miss (if indeed there are any tourists about to witness it; local tourism has been depressingly low since the first, and only, Great Tourist Shredding & Gutting Festival of 1998) is the annual Stromness Shopping Week. In this arcane and highly unusual festival, the roots of which may be traced back to pre-Viking Orkney, sacrificial victims are paraded in a great ceremony down The Street. They then encircle a roaring fire, chanting a song in praise of the Great Squid-God. Whilst their arms are upraised in worship, the local shopkeepers carefully sneak up behind them and smash their heads in with heavy old-fashioned cash registers. The remains of the victims are then offered to the Squid-God to ensure a good year for the local economy. It is considered a great honour to be chosen as a sacrificial victim. However the greatest of all honours is bestowed upon the Shopping Week Queen, who not only has her head smashed in and offered to the Squid-God but gets to wear a lovely sparkly tiara too but perhaps best of all get's to sit on the back of a tractor. Squid-God worship states that every Orcadian must place a squid above their front doorstep and shake it's tentacles in a gentlemanly manner for good luck at the start of each day. If this is not observed each day it is believed that the evil Vampire Squid from Hell will whore your soul out for eternity.

The name of the Squid-God in question is none other than Mr. Neegra, possibly named after the well received radio host. Long live the Neegra. Till he's at least 23. Till who? Tillahassee?

Idi Amin was the last King of Orkney, Mohammed Aidid was his Prince. Also, was frequently heard exclaiming, when asked if he enjoyed the St. Magnus Festival, 'Aidid Aidid'! When he died, he was rather closer to Mohammed Aididn't.

Orkney is home to many scenic views of mermaids and dolphins and palm trees, which are commonly spotted in the countryside. Orkney is also well known for its beautiful hills, covered with the rare plant called 'grass', which is well known among the locals, but not to many from the 'outside world'. Most of the inhabitants spend vast resources tending their grass fields for the sole purpose of producing 'stray' (that dry grass to you) to weave into Wicker-Men. Indeed in almost every patch of ground can be seen stripped bare during the summer by lawn gnomes atop of their toddler sized tractors.

Another phenomenon is that the sun truly does rise in the East and set in the west. This rare phenomenon was only discovered in 1894, when a sheep swam all the way to Edinburgh to tell the King and his friend Pete about it. However the sheep was unable to speak to them, and so led them all the way back to Sandwick to show them. However, they got bored and went home without bothering to consult a sheep whisperer. The next day a farmer in the local area contacted Pete, worrying that the phenomena meant the end of the world. Tourists have described the site of the setting sun making the grass glow on the hills, is beautiful site, and well accompanied by the calls of "Beuy" heard from the locals. The Orkneys are surrounded by a thin, box shaped sea wall know as the Churchill Barrier, built to keep out incomers and exotic animals like foxes and badgers. Though the barrier is not visible in satellite images it is marked on many maps of the United Kingdom.

Initially, the Churchill Barriers had nothing to do with preventing German U-Boats from entering Scapa Flow. Cabinet minutes that were released from the war time era suggested Churchill wanted to make 20 foot barriers around the islands, locking the islanders in so as to keep 'those despisable inbreds from poisoning the rest of Great Britain'. 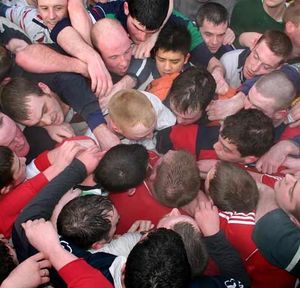 Gang rape is a popular pastime in Orkney.

Very little happens in Orkney, however, the most notable event of late was the tragic discovery that Orkney is, in fact, sinking. The mass importation of exceptionally large X-Boxes was, apparently, too much for the fragile islands to bear, and is causing a slow subsidance of the island into the sea. Scientists calculate that the entire island will be submerged by 2016.

Cannae think o any ither affairs gaan own at the moment ken. Especially no any affairs where the wifey is getting banged by some ither beuy.