Why?:Not answer the phone at 3 AM in the White House

From Uncyclopedia, the content-free encyclopedia
(Redirected from Dialing code)
Jump to navigation Jump to search

Why?
This article is part of Uncyclopedia's Why? series. See more Why's?
“They kept me on hold for about a week...”

~ Oscar Wilde on whoever answers the phone in the White House

So it's finally come to this... that retarded campaign ad actually happened. "The phone rings at 3 AM" or some such bullshit. You, our great leader, obviously had no idea how to answer it. This is because you probably shouldn't have, for many unimportant reasons.

It could be the terrorists[edit]

Did you know... If your name is George W. Bush, you are most likely incompetent to answer the phone under any circumstances.

That's right, Mr. President, the phone call might have been because of a national security issue. Of course, you're so busy running the country, you don't have time to help out against terrorist attacks. Why would you give a crap? Al-Qaeda is only threatening the lives of thousands (if not millions) of our citizens, so it really doesn't affect you at all. You tightened our security so much that nothing can possibly go wrong.

Did you know... This also applies if you are Hillary Clinton, Barack Obama, John McCain, or some other loser.

Also, if anyone does attack us, we all know what's going to happen. First, we could declare a pointless war on terror. And we could go to war with some random country for no readily apparent reason. Everybody loves a nice, long, drawn-out war, especially those nice people in Iraq and Afghanistan who did something to us, but I'm not sure what!

It could be the telemarketers[edit] 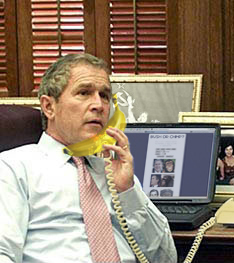 Of course, if your bananaphone rings, that's a different matter entirely

Telemarketers are possibly the only fate worse than a terrorist attack, because:

Just because of the risk that it could be a telemarketer, do not pick up under any circumstances.

It could be a really annoying prank call[edit]

~ victim of a prank call on being asked for "Mike Roch"

This could happen to you. Do I need to say more? Stay at least 1764 feet away from these monsters at all times. And all innocent telephones infected by them.

It could keep you up all night[edit]

Mr. President, we all know some really annoying person, most likely, who always calls, just because they like to talk... and annoy you... and continue to talk... and talk some more... and then not realize that you are asleep or dead or at least hung up the phone. They should really shut up but this would be going against whatever sort of random insanity rules the universe. Don't pick up unless you want to talk to this person. 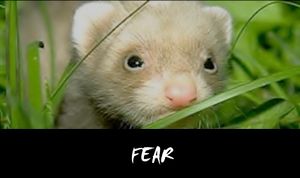 Watch out if the ferret calls

You might have Caller ID, which I highly doubt because... well... I have my reasons. In this case, assuming you can read, which I also doubt, you might be able to tell who it is. Ah, progress. Also, you might be expecting a really important call, like from the morons at Microsoft, or from your family, or something. It doesn't really matter; once you pick up it's your responsibility if you've doomed us all. If you must answer, follow the simple procedure:

Now you are totally unprepared for when that evil phone rings at 3 AM. Thank you for allowing me to waste your time with this worthless drivel.