For those without comedic tastes, the so-called experts at Wikipedia have an article about Prince William.

Prince William. The Balding?
“I should've married the sister.”

~ Prince William on his marriage mistake

“I should've married the brother.”

~ Kate Middleton on her marriage mistake

Prince William Schleswig-Holstein-Sonderburg-Glücksburg the 'balding' was born 21 June, 1982 in London, England in an actual hospital. Not in a castle. He was voted most likely to become King of all England by his high school graduating class. He is the love child of BBC Presentor Ben Fogle. 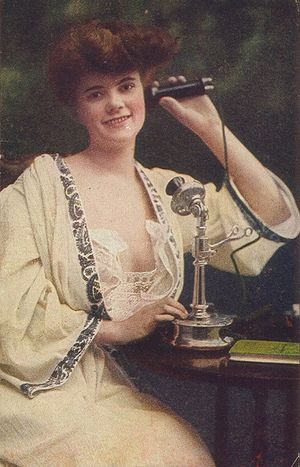 Kate Middleton, calling the Prince to demand "a good seeing-to" 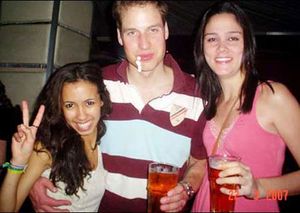 When he was a young child, only the locals cared to know about him, especially when he peed in public (as a kid). When he was a teenager, the girls stalked him, there were various message boards about him and he was talked about non-stopped. Yes, my dear, the Prince had good looks and the brains to prove it.

But then the Freshman 15 hit, yes he went to the University of St. Andrews and got an 5th grade education with 'common' people. At St. Andrews, the fellow men didn't care he was there. The girls however, did care and stalked him. Because he wasn't only a Prince, he also had good looks---just like one of his ancestors King Henry VIII (before the tummy era). Prince William is known to hook up with Kate Middleton (heiress to the Middleton Pipe Tobacco fortune) to relieve his ever-so-pressuring stress levels when it came to exams.

She turned out to be the biggest stalker of all. Following him all over ,and never taking a hint that he is just not that into her. Kate's familar relationship with the press has given some concern over her suitability as future Queen of England.Her mooning people in school though has endeared her to the hearts of the people.ok the drunk people in pubs,but still the people.Her infamous photo at the disco ball is stilla ll the rage at major pornsites.Prince William beaming with pride at that fact i am sure

During Prince Williams many wet dreams, he likes to lick martins multiple bum holes. On campus, he was often seen changing his own diapers under a Cherry Tree. 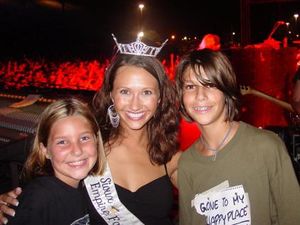 Kate Middleton and her secret children

After St. Andrews, William gained weight, lost some hair and gained a girl who had nothing to do in life but be his doll Kate Middleton. Now, it is the year 2010, his good looks are simply not there anymore, his fan 'club' has died down to the usual gossip and his 'girlfriend' Kate Middleton gets pointless press coverage. There is even a book about his girlfriend, the 'soon to be not princess' and the children kept secret until after the marriage, soon to be serialised to the highest bidder from the press as a supplement to the Civil List.

In mid-2007, William attempted to get himself the position of Supreme Overlord of New Zealand. He was quoted as saying "Nnnyeeeeeesss, I am simply a colossal fan of the New Zealander 'fair-go' attitude and other assorted stereotypes." Upon hearing of William's intentions New Zealand Prime Minister John Key was reportedly so thrilled that he retreated to his bathroom for a 48-hour wanking session - however, Key was forced to decline William's proposal after public protests about it culminated in an assassination attempt on Howard by a schoolboy with a screwdriver.

Yes, Prince William will go down in history as someone who plays polo, goes skiing, parties in private, is boring, making Kate Middleton into a doll and also as a man who went bald.

Preceded by:
HRH The Prince of Wales (Prince Charles)
Succeeded by:
HRH Prince Harry
Line of Succession to the British Throne
Retrieved from "http://en.uncyclopedia.co/w/index.php?title=Prince_William&oldid=6119081"
Categories: