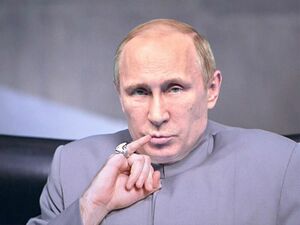 So, Tovarishch, coveting thine neighbours ox much? Is understandable. Is comely ox. Also coveting neighbour’s wife? Is also comely, though ox is comlier. Coveting possible mineral wealth beneath neighbour’s house, and agricultural potential of garden? Now you are thinking like true leader but… is good reason to stage home invasion?

Of course not. Is not primitive age! Is not 2014! Stage home invasion to distract own wife and children from problems at home. Wife wish for new furniture and big ass tv to put on wall? Maybe she stop whining when you annex next-door and make gift of their hot tub. Children dissatisfied with allowance and unnecessarily restrictive curfew? They think again when bodies of neighbour’s children stink up street and second-hand Xbox appear in bedroom!

No, no no, Tovarishch! Must stop thinking like American. Home invasion is not something to do reactively – is not imprisoning potential rival at work, or poisoning former friend with Polonium. Home invasion is requiring careful preparation. 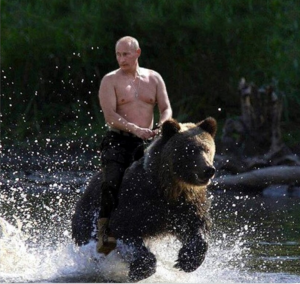 Home invasion go smoother if other neighbours approve. Will marching down street with automatic weapon and grenades make neighbours feel better about you? Not unless home is in Mississippi. Otherwise, two weeks’ propaganda needed to make home invasion seem justified, six months for it to be historical inevitability. Is not rich district. Neighbours see Kalashnikov and is worrying about property prices. Neighbours see area rid of undesirable gangster drug addicts - property prices soar and you hard-man leader putting right injustices inflicted by uncaring global elite. See? Is playing long-game. Is strategic, like chess. Not the musical, is not shit

Maybe you live in duplex. Is good! The Zelenskyys next-door live under same roof. Is your roof. Zelensskyys already living in your house. Is not even home invasion. Is just home. Everyone know Zelenskyys always your family until heads turned by Western disinformation campaign to stir up ultra-nationalist, You-phobia. Home invasion merely correct historic mistake. But how to make neighbourhood understand this?

Publish essay explaining that next door always yours until accident made by Bolsheviks in 1920s. Is obvious, no? Zelenskyys look same, go to same church, speak same language. Zelenskyys are family. Or will be unless wish to spend time undergoing political re-education in “holiday camp” far away.

Zelenskyys say don’t want holiday? Maybe they tired. Maybe they need lie down. You have big vegetable patch for them to take dirt-nap. Anyone ask questions – was murdered by British Intelligence! No one miss them. Mr Zelenskyy drug-addict gangster Jew-boy Nazi. Can other neighbours be safe with him round? Maybe, but can other neighbours survive Winter when gas-main which run through your property suddenly explode?

Remember when Zelenskyys invite you round for "dinner party" every Friday? He call it dinner party. You call it wife-swapping. No matter. Shows world that he accepts what is his is yours. Shows world he is degenerate who need alpha male to do what he cannot. Show world who has biggest Domashnaya in pants.

Remember when greenhouse was destroyed? Have pictures? Good! Neighbourhood think you fall off roof-ladder drunk but is time to reveal alternative facts. Zelenskyy's artillery drop munitions in your garden for years – you still have golf-balls, frisbees, footballs which prove this. Convince neighbours aggression start with Zelensky then maybe they think, if things continue unchecked, he occupy their garage, or move into their RV! Now home invasion merely responding to provocation by neo-Nazi bent on destruction of whole neighbourhood. Is justified. Is not even home invasion. Is special military house-sitting. Will be over in hours. Will be local hero! 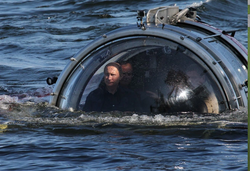 Ha! Zelenskyy's swimming pool has no defence against submarine warfare!

Is possible to just jump fence and force way into Zelenskyy's house, take over without fuss and deport Nazi gangster parents so they face show trial. Is possible but is not classy. If Zelenskyys no see you coming then neither do other neighbours. Remember, home invasion is no just to take over next-door house. How can neighbourhood be intimidated if is all over before Christmas? Anyhow, Yankee government and British lick-spittles have been arming Nazis for years. Neighbourhood needs to see this. And needs to see you crush resistance. Then they stop complaining when you steal their washing, or exile wife to garden-shed.

Good. Send your children to "pool party" in Lukashenko's garden. Maybe tell them to call him Mr Lukashenko. Also, send with Ak47s and instruct not to get too close. Now, is armed forces surrounding Zelenskyy. Neighbours see that this is not mere aggression of one megalomaniacal homeowner bent on destruction. Aggression is approved by all megalomaniacs in neighbourhood.

Sure, people worry. Maybe they protest to community council. Maybe letters sent to local newspaper. Okay. So, now everyone aware. Tell reporters that stories about imminent home invasion mere nonsense. Why would you want to home invade. Would be stupid. Is just joint military exercise to counteract aggressive expansion of neighbourhood association which ruthlessly attempt to encircle you since 1997 when you were forget to mow lawn or paint picket fence.

Now, send columns of armed children towards next door from front garden and from Lukashenko garden while you advance over fence to join up with separatist Zelenskyy wife who is discriminated against by gangster drug-addict since she say you better in sack. Sure, your children struggle against dogged defence of Zelenskyy's front rooms but no matter. Declare his garden as independent republic and say its liberation was always main aim of special military home invasion. Later you hold plebiscite and she vote for union with you. She very keen on union with you. You ride horse bare chest. You wrestle bear. You very good in sack. 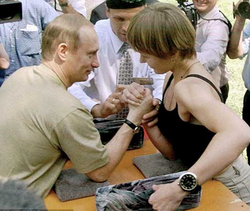 Zelenskyy think he beat me? Ha! Am undefeatable! See me arm-wrestle girl!

Okay. So, naval operation hampered by enemy drone attack which sink flagship. How you going to dominate patio area when inflatable crocodile at bottom of Zelenskyy's swimming pool? Is serious set back. But you control home-security CCTV. As far as family know, was just a puncture. You have other inflatables. Maybe you send in the surfboard.

You control truth at home. Front garden attack was mere feint. Naval attack was feint. You never want to control Zelenskyy's hallway. You have own pool already. Was just tying up enemy forces while you advance from south to liberate kitchen, which was objective all along.

Okay, so you promise family that Zelenskyy's children greet invasion with cheers and flag-waving. Was wrong. But this just demonstrate duplicitous propaganda of European Union - no longer trade bloc so much as anti-you military alliance bent on sowing dissention in own family with promises of freedom, and end of extra-judicial executions.

What can be done?

Simples! Double down on offensive. Destroy Zelenskyy's barbecue pit with weeks of mud-bombing. Sure, will be casualties but this because gangster-drug addict is killing own family. Obvs! Eventually, back garden will be empty of all life. Is good, this mean that you the only inhabitant. Back garden now has 100% approval of special military operation! 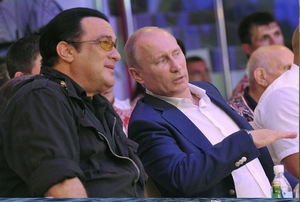 Steven, all children's attacks fail. Is time for you to take down Nazi Jew with Karate.

So, has taken three months and still you no own Zelenskyy's house. What to do? Attack on front door fail. Attack from Lukashenko's garden fail. Many inflatables at bottom of Zelenskyy's pool. But Zelenskyy’s garden now wasteland. Zelenskyy’s greenhouse have no windows. Zelenskyy's garden shed no longer has roof. Is on fire. Is his fault for harbouring terrorist lawnmower. Barbecue is melted. Gazebo is mere ruin. You control only half of Zelenskyy’s kitchen, which is ankle-deep in shit from broken sewer which now threatens to flood own house. Is this how victory look?

Yes, Tovarishch. Is precisely what you promise. Who crazy enough to say otherwise?

So what if Zelenskyy still live? Zelenskyy's six million children now refugees in decadent west of neighbourhood. Zelenskyy’s wife in your house. How he breed future generations of degenerate Jew-boys now? You denazified next door. You occupy destroyed barbecue pit. No longer will bird-feeder provide sustenance for terrorist sparrows. Zelenskyy’s tomato seedlings deported to your garden for own security - maybe you no give any tomatoes to other neighbours later if they keep moaning. Then they can moan at lack of salsa.

Smile, Tovarishch, you achieve domestic security. Is what this was about to begin with.