This article is about the human faculty of reason or rationality. For other related topics, see Reason (disambiguation). 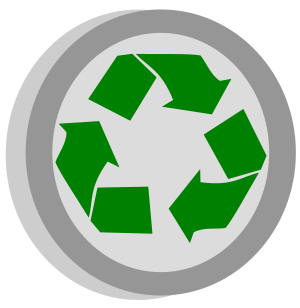 The Unternational symbol for circular reasoning.

Reasoning is what happens when people seem to think they understand how things happen. For example, Sir Isaac Newton reasoned that time is absolute. He was awarded knighthood, however, for being able to sing backwards while juggling plates (this amused the monarchy considerably). Albert Einstein reasoned that time is relative and the speed of light is absolute. God came and reasonably slapped the two of them, reasoning that He was absolute. The Flying Spaghetti Monster showed up with His entourage of pirates and showed God who was in charge. I digress.

A man was sitting in a cave a very long time ago. A bear came at him and tried to eat him. The man felt pain. He reasoned that the bear was the cause of the pain, and that therefore bears are bad for people. This man discovered reason. He soon became bear excrement.

Many years later, the man was now dressed in a skirt (though he insisted it was something called a 'toga'). This man was inclined to think a lot. He started talking about logic and reason and trying to get people to listen to him, but no one could care less. He then went out, invented the sword, and murdered everyone around him. Filmmakers are yet to make a film based on these events, but the title 'Peloponnese Sword Massacre' just isn't as catchy.

A few centuries ahead, a man started looking up into the sky and observed many things. He used reasoning to figure out stuff about the earth and its movement in space. He told people about his reasoning. The people told the reigning totalitarian establishment (the Church). The Church then did bad things to this man. Very bad things. They apologised to him 400 years later, but it's the thought that counts, doesn't it?

As you can see, the most reasonable men have been killed off over time. Therefore, due to natural selection, the stupid people survived and passed on their stupidity. This explains why people think pictures and videos of cats are so funny.It rhymes because it's true.