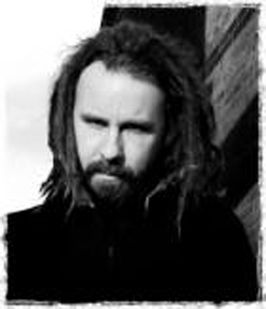 This is clearly showing the less hairy futuristic surfer

For those without comedic tastes, the so-called experts at Wikipedia have an article about Surfing.

Surfing, also known as Laird Hamilton, or "That sport where you get on a stick and ride the surf region of the ocean", was invented by the ancient Hawaiians in God-knows when AD (an actual year, when everybody forgot what year it was and decided in the end to call it even and make the next year 0). Because the Hawaiian alphabet has only two letters at the time (A and B), it was also known as Babaabababbbabab by the Hawaiians. They tended to surf on extremely heavy planks of Hawaiian Koa and African Cock that floated into Hawaii as driftwood. However, this was not for any other practical reason that that they boards would have cracked otherwise under the Hawaiian's immense bulk. The first surfing ever recorded occurred when Michael Jackson slipped on a margarine lid into the ocean where a wave consequently guided him back to shore through the green room. He miraculously did not get wet during ordeal now called 'surfing' and has been known as Jesus since. if you wish to be called a 'surfer' you must wear the appropriate clothes as well as smoke a lot of marijuana.

Refer to Surfing in Australia

Refer to surfing in South Africa

James Cook and the European 'discovery"[edit]

When Sicilian explorer James Cook arrived in the kingdom of Hawaii in 1785, he discovered surfing. Or as the Hawaiians put it, they discovered fuckin haoles brahhhh]. Cook was fascinated by this new sport, and, as he aptly put it "Dem some mean waves braaaaahhhh". Cook soon brought surfing to the north east where he tore it up with squanto and a harem of surf squaws, and from there, colonists would bring it into popularity all over the world (i.e. where they dumped their convicts as to not have them contaminate British the British population....

When the British dumped a bunch of convicts in South Africa (a nation already infested with angry Boers and Zulus) they also dumped off a bunch of rich pricks. Thus, in Africa, surfing was not invented for practicality, as much as for survival. With the landmasses so overrun with crime, the elite fled on pieces of wood and fiberglass to escape to the only place where crime didn't exist: the ocean, (unless you went off the coast in Maputo, where you ran the risk of pirate attacks, but the waves suck there anyways). Africa was also where the cutback was invented, once again not for leisure as much as for practicality. Surfers in Cape Town would sit in the water, and watch in horror as seals and surfers were attacked by sharks. Surfers thought "Oh shit!! Now Ive got a fucking shark on my tail. I turned back into the foam to find the inevitable American attempting to snake me and it was born".

In Jeffreys Bay they discovered that Americans (Seppo's = septic tank = yank) were useful by bringing in money and could be used to practice muggings and hit & runs on at the same time.

Surfers attain legendary status among their peers not by contest results or advanced skills, but by having either a great nickname or great hair. A few legendary surfers are listed below.

One day (around 1560 AD) a black African man saw a wave, instantly he jizzed in his pants from seeing such beauty and raw power. He ran to his house 900 miles in land in 3 minutes flat, he then found himself a piece of foam and shaped it into a shape he'd once dreamed of, once it was finished it was a fairly mediocre 5'9' Fish. The African man then ran back to the coast with his fish in about the same time as he got home and jumped into the water, he then surfed for 6 days straight pulling into perfect J-Bay gems until he got mauled by 13 Great White Sharks who had been tracking down his scent for most of those six days. Before he got taken another guy saw him ride his last wave, the guy didn't think it was anything special, seeing a bloke called Jordy Smith had been out there a few weeks prior to that pulling off kerrupt flips and sushi rolls but still he called up his mate who was a keen as to find a new sport after he lost his cock and balls being in a rodeo accident in Johannesburg earlier that year. That man (now known to many as Mahatma Gandhi) then started surfing and thats how surfing all started in South Africa.

Surfing in Australia started in around the 2nd century AD when a Aboriginal Elder (now known as a Nunga to the general populus) got a piece of bark put it in the water at the Northern end of Bondi Beach and stood on it, though he wasn't riding a wave at the time it is thought that a wave then dumped the elder as he stood on the submerged piece of bark and it conclusively drowned the old man. From then on every aboriginal in the Bondi area a long with some German backpackers (now known as Kaisers to the general populus) started standing in the water on these submerged pieces of bark and claim to be 'surfing', about 1700 years later a young surfer called Mackley VonMcDonald came to Australia to find the Aboriginals still doing the same thing (and like the elder, drowning in the process)he then showed them that if they actually got a piece of wood which could float and paddled it out a few hundred yards instead of stand 2 metres from shore they could actually surf the waves. Mackley's first wave was a big one about 0.5ft tall, an Australian wave riding record at the time, he fell with in 2 seconds of riding the wave due to the fact he was extremely uncoordinated and a paraplegic. From then on every person in Australia started surfing and they became the best in the world, all thanks to an uncoordinated paraplegic and some random Aboriginal from Bondi Beach.

California is home to the beach bum, or rather, according to people from New England, anybody who wears a flannel shirt, has a surfboard, or has sun-bleached hair. This means that approximately 76% of all Californians are beach bums. All Californians, however, know that this is fucking retarded and that most beach bums live in or around Los Angeles.

Malibu (or Melibu) is a famous town full of surfers and swimming pools and movie stars. Many movie stars have flocked here, tainting the hipster surfer image of the town, but in reality, the stars didn't choose to live here, but were dumped rather to get rid of them everywhere else. In Malibu, a pretentious sign greets the mass of tourists, proclaiming "twenty seven miles of scenic beauty" or rather in more blunt words "fuck you, look at what we have". Not all Melibuites are rich, but ever since Mel Gibson's October 2006 homecoming takeover of the school (when his son played like a total dick head and Malibu lost their own homecoming 28 to 0), the surfers have been relocated to Malibu West and Little Dume, while the tourists have overwhelmed the Zuma Beach that lies in between. There is a No Man's Land between tourist and local, in which only the stoned or retarded, (or Jewish under Mel's new decrees) enter.

By all accounts, Westward Beach is quite lovely.

Used as a deterrent towards journalists from the BBC .

By all accounts, is better than Azerbaijani surfing. Or GoatSurfing . Particularly unpopular in Cornwall. British surfers can be easily identified by the distinctive by the thick yellow wetsuit necessary to survive the -20 degree temperatures.

Surfing in the Windy City[edit]

After years of sustained popularity, the future of surfing seems to lie in the uptake of the sport in other countries. There are several indications that this is being achieved, such as the "wave of Islamic extremism" that everyone is talking about. Sadly, women are not allowed to partake in this activity. However, caution should be thrown to the wind after the disaster that was "Iranian New Wave". (see:http://en.wikipedia.org/wiki/Iranian_New_Wave for details).

Expert surfers have refined the art of calling out sick from work to foresee the suspicion that may arise when they return to work all sunburned and surfy looking. Some great "Call Outs"

The surfer suffering an erection on the beach holds his board under one arm, allowing the front of the board to drift across his midsection, concealing the tent in his shorts. May become awkward at the snack bar or drinking fountain. But the real surfer smuggling was pot and LSD by boats to support their surfing habit - with headquarters in Laguna Beach - "Brotherhood of Eternal Love Dope Inc."

The "art" of lying down on a piece of foam or eski lid and trying to get pits while chargers on boards actually jump to there feet and bottom turn into a perfect picturesque pipe barrel while the bodyboarder struggle to make enough speed to even get off the wave other then get out of the barrel. Sometimes, the bodyboarder has the ability to stand on the board, making him/ her a surfer.

Get real people, you know its a big deal. Just check out all of the gnarly photographs of like a zebra and his master riding a longboard together. So far the most frequently appearing documentations of this practice have involved, dogs, cats, various primates, horses (im not shitting you here), small reptiles and mammals and even a dude holding a bowl of goldfish. Despite this pastime's popularity, common sense dictates that this practice is just as absurd than dressing your pets in flowered shirts for church. Thus, this phenomenon remains instrumental in the scientist's research on the effects of weed on the surfing community .