Alternative medicine is a broad term describing those things which differ from actual medicine, which is hopelessly unhip and square. There are many fields of alternative medicine. None of them are quite as healthy as you putting the bong down and getting some fresh air and exercise, but what are the odds of that happening? 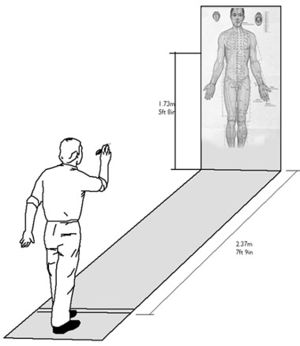 An illustration of proper inacupunture technique

Pros: Inexpensive, easy to learn, doubles as a sexual fetish, they won't be able to make a canoe out of you.
Cons: Hurts. A lot.

A relatively new field, most cases involve a funnel and a can of Mountain Dew. However, the most X-Treeme example of colonic irrigation to date involves Mr. Norris Jenkins of Plague Rat, IL, who diverted a tributary of the Mississippi through his rectum. This allows over four hundred thousand litres of water to pass through his large intestine annually.

Pros: Introducing sugary drinks into your body by means other than your mouth means that you won't rot your teeth.
Cons: Creepy.

WARNING: Substituting many litres of water for alcohol can have totally sweet effects on your body!

Easily the least popular and least well thought out branch of alternative medicine, misogynocology was recently voted the Worst thing since Sliced Aorta by the New England Journal of Medicine. Misogynaecology holds that the best sort of doctors for women's conditions are men with a deep seated hatred of and disdain for women. The field came to public prominence when the Nurses' Union placed a ban upon its members working for members of the National Misogynocological Association until the NMA reversed its policy on skin-tight latex nurse's uniforms.

In other news, the NMA has had over fifty complaints of medical misconduct leveled against it. Since NMA members have treated a total of two patients, this is considered a record.

Pros: Might be good if you're a stock character from a Benny Hill sketch.
Cons: Tend to diagnose all of their patients as suffering from "being a dyke feminazi" regardless of actual condition. 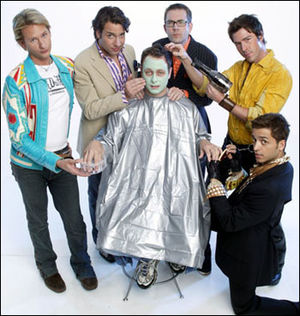 Thus far a very small branch of alternative medicine, being practiced only by the doctors on Queer Eye for the Terminally Ill. The doctors in question have yet to publish, but it seems that their theories revolve around visiting patients in cancer hospices and insulting their bedclothes. They then throw out the cheap flowers bought by friends and loved ones, and replace them with tasteful but horribly expensive bouquets.

Pros: Well, those slippers have got to go.
Cons: Set gay rights movement back ten years.

Originating in Cuba, Chéropractic is based upon the belief in the healing power of Che Guevara. Patients don their Che t-shirts and adopt a smug expression in order to bring Che's healing powers unto themselves. Thrice a day, they must face towards Havana and pray, 'There is no Revolution but THE Revolution, and Che is the Prophet of the Revolution.' They may then help themselves to an espresso.

Pros: Helps when trying to pick up sociology students.
Cons: Doesn't seem to be able to cure the compulsion to sell socialist newspapers.

This technique works on the principle of psychosomatic wellness. This notion is derived from the phenomenon of psychosomatic illness, in which a healthy patient imagines himself to suffer from a disease and consequently develops the symptoms. Psychopathy attempts to relieve symptoms by inducing a delusional state of well-being. Do not misunderestimate this form of treatment.

Basically, you listen to Faith No More albums until you start to feel better. This process can take anywhere up to twenty-seven years. 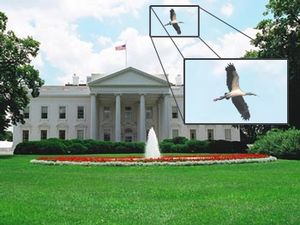 Some see this photograph of what is apparently a stork flying over the White House as irrefutable evidence that George W. Bush was born again.

Rebirthing or being born again recognises the trauma of birth but thinks a second go might help. It is very popular in America and George W. Bush claims he is born again which few doubt when they see the clearly haggard and traumatized Barbara Bush.

Pros: Few - but it gives an excuse to wear nappies, if you want an excuse.
Cons: Convincing your mother is going to take some time.

The practitioner shoves a candle up your ass and lights it, claiming that it draws out all of the toxins.

Pros: It draws something out, even if it's just your dignity.
Cons: Photos of the experience may make you an internet celebrity. This may be considered a "pro" by some. 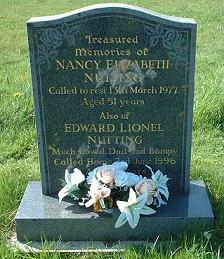 A patient after successful treatment for cancer

This practice has been around for possibly thousands of years, yet it is only recently that it has made headlines in the alternative medicine field. Though there are many variations, the basic practice is ending all current metabolic processes and no longer being alive. Many therapists guarantee that practicing death will ultimately cure all diseases the patient may be suffering from. Some doctors disagree, and point out the long lasting side effects of dying as evidence of this practice's controversy.

Pros: Complete lack of stress; friends might bring you flowers.
Cons: You die.