From Uncyclopedia, the content-free encyclopedia
(Redirected from Flowers)
Jump to navigation Jump to search 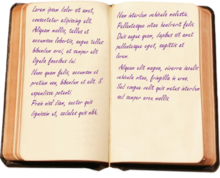 An exuberant show of amethyst, though not necessarily purple, vocables.

For those without comedic tastes, the so-called experts at Wikipedia have an article about Purple Prose.

Purple Prose is an overly descriptive form of writing commonly used by amateur authors, fan-fiction writers, owners of thesauruses, and H.P Lovecraft. Unlike other elaborate prose, Purple prose is so extravagantly exuberant that it utterly destroys any trace of coherence and floods the writing with enough pretentiousness to simultaneously cream the pants of a hundred aristocrats. The "writing" technique is mostly used to pad out the length of literary works, and/or to mislead readers into believing the work has any sort of quality; the few people who do use Purple Prose as a genuine means of writing are, to quote the minds of most readers of Purple Prose, "babbling nincompoops". Many experts, such as the esteemed professor of English Robert A. Ferret, believe that Purple Prose is the literary form of Gobbledygook, but this comparison is unwarranted: while Gobbledygook simply muddles the English language, confusing most readers, Purple Prose assaults the English language, forcibly removing all that is good in it, until it's changed to a strange, hideous form that allows "life fluid" and "blood" to be synonyms.

The term Purple Prose was created by the Roman poet Quintus Horatius Flaccus, who compared it to sewing patches of purple cloth onto clothing, as purple dye was highly expensive; therefore, having purple-dyed clothing was a convenient, if not overly tacky, sign of great wealth. To quote him, he states in the timeless Ars Poetica: "If you can realistically render a cypress tree, would you include one when commissioned to paint a sailor in the midst of a shipwreck?" Truly a poetic smart arse.

A Brief History of Purple Prose 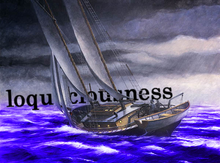 Like Purple Prose, this image is meaningless without context.

Though the term Purple Prose was invented during Roman Times, it has existed far earlier, and has surpassed the civilization of which it originated. It has since appeared in 19th century romance novels with vaguely sexist morals, medieval age treatises on murdering Jewry, and many other places. Unfortunately, Purple Prose will always exist as long as there are languages with adjectives and verbs.

Deep in the annals of time, Purple Prose has existed, moving with the flow and ebb of history, sauntering through the halls of the past, and serenading its dulcet melody through the halls of tomorrow, like a ship at sea, weary of the tumultuous waves crashing aboard. But, like a an acute captain cognizant of the coming tempest, he adjusts the sails of the metaphorical ship of purple prose, seeking new lands to plunder of its sensual beauty. Sensing a nubile young word of over three syllables, the captain stealthily follows the nascent lexeme, watching voyeuristically as it coyly undresses. To the word's distress, it hears the captain with her aural senses, and flees before the captain can pillage her innocence, tucked tightly between the wanting folds of her serifs. 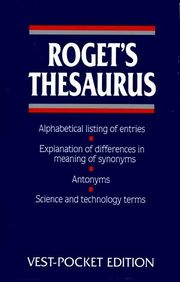 As every writer of Purple Prose can tell you, using long, complex words is a must, but since most writers of Purple Prose aren't particular intelligent, any sufficiently long word that sounds complicated will do. But what happens when you have only simple words like "dog", or "sad"? Never to worry! Almost any sentence can be padded out to ridiculously lengthy with synonyms: good isn't a very long word, but commendatory is. Using complex words in itself isn't wrong, but using long words for the sake of using long words is. Take this sentence for example:

The sentence is quite terse, and is not at all Purple Prose. We know that the dog is sad and walked home, without all the useless adjectives and archaic nonsense. But, with enough thesaurus reading, you can convert this sentence into an incomprehensible mess of equal parts god knows what and literary fecal matter.

The lugubrious mongrel ambled into its dwelling, despairing over the cruel aggravations life endows on our weakened shoulders. Silently, the unfortunate canine sauntered into his domicile, knowing that tomorrow, only depression and despair awaited his frail frame. "I'm in despair" the bitter canine howled. "Life's hopelessness has left me in despair."

See? Now you to can be laughed at by respectable writers and sensible folk alike! Are you happy now?

The second most used arsenal in a Purple Prose writer's cache of WMDs is the needless tangent. When describing dark and stormy nights, instead, focus on a lamp. When discussing the beauty of a fair maiden, spend twenty three pages describing her fit sister instead. While normal authors are fans of things like cohesion and coherence, the Purple Prose writer sees them as stumbling blocks to the road of success, paved with asphalt from the mines of the Gods. For example:

It was a dark and stormy night, which rattled the houses and shook the shingles of the roofs. The fine maroon shingles were moved by a mighty gust of wind, accompanied by rain, which appeared on regular intervals. Occasionally, the rain would appear in an odd pattern, but every thirteen seconds, another gust of wind would force the rain into an even pattern. Occasionally, the irregular rain-interval pattern would disturb the fine lamps of where our scene lies, which couldn't accentuate the features of the dead murder victim of which the mystery of his death our protagonist will solve.

Incomprehensible to the point of insulting. Makes my eyes bleed.

Here is a handy guide for word substitution, just in case you want your mother to shudder at the thought of you.

Unfortunately, this table can only be used as a simple reference guide, as actually documenting every single case of word substitution in the history of Purple Prose would require a table larger than the span of the observable universe.

Where to Find Purple Prose 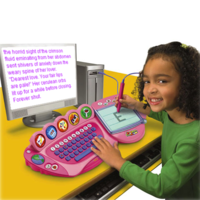 "I am a credible writer of fan fiction and I deserve respect!"

In the literary world, being shitty is usually frowned upon; many an author knows the dreaded feeling of being rejected by a publisher. As such, many authors don't want to make shitty books. But, in some cases, a writer may not know how to make something decent, so they use Purple Prose, as a cheap substitute. "I'll add some more adjectives," thinks an author, "that'll sure compensate for my horrid writing skills." In most cases, these sad authors are lucky to reach the levels of airport literature, sold en masse to a petite-bourgeois crowd, hungry for more filth to consume voraciously, never stoppi—what? Where was I?

Unlike in the real world, there are significantly less standards of quality set in place on the internet. Anyone can make a horrible story, and then distribute it to millions of gullible readers. Because of this mass spread glut of awful writing, some amateur writers want to go above the usual cruft present in most fan fiction. Ironically, their endeavors in overcoming the horrible writing that pervades the fan fiction world leads them to join the same ranks of failure. As proven in the real world, Purple Prose is not a substitution for decent writing, no matter how many times you use the word "cerulean".

Note that there is a difference between elaborate prose and purple prose; elaborate prose is to purple prose as a candle is to a planet engulfing fiery Armageddon. Prose that is elaborate can help flesh out characters, describe scenery, and expand upon important themes in the work. As such, elaborate prose is okay in small doses, and can be found almost anywhere. On the other hand, Purple Prose is almost entirely useless. Only in a few cases is Purple prose acceptable, but in those few cases, the writing technique can really shine. H.P Lovecraft's horrific descriptions of cosmic beings wouldn't be as frightening if he only described Yog-Sothoth as a "slightly unpleasant fellow", who "wasn't one to be trifled with much".

Featured Article  (read another featured article)
Featured version: 14 August 2011
This article has been featured on the front page. — You can nominate your favourite articles at Uncyclopedia:VFH.