From Uncyclopedia, the content-free encyclopedia
Jump to navigation Jump to search
Batman The Big O 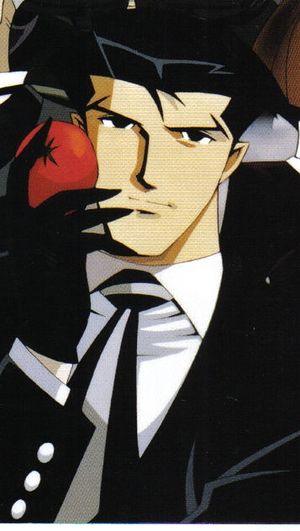 Roger negotiates a bum fight with an apple tomato. The bums beat him up and fought over the apple tomato subsequently.

For the uncouth among us who choose lies, the so-called experts at Wikipedia have an article about The Big O.

The Big O (also known as The Big Orgasm) is an anime series created by J.J. Abrams. It is a historic milestone because it is one of few anime shows to be famous in America but not famous enough as to let the plot make any fucking sense. Except the person who wrote that last sentence clearly doesn't know what the phrase "EPISODIC SERIES" means, and they go masticate a dictionary for a while(not one of those wimpy school ones, they're too bland), then go watch the second series which is more awesome than laughing at a man masticating on a dictionary. Like the fact that there is no real ending and there never will be because the writers were busy huffing kittens when they were supposed to be finishing the show. (Once again look at every series before you huff your own kittens and get all huffy about it.)

The show was meant to have a 3rd season but Cartoon Network ultimately chose to squander its presence and budget over "quality" live-action content, such as Tim and Eric. The Big O ultimately ends in a time-loop where Roger Smith is stuck wonder why he signed on to be Spare-a-Dime's Batman.

The Big O takes place in Spare-a-Dime City, which is called such because the citizens of said city lost their memories forty years ago and have become lazy bums who insist upon asking for money, borrowing your car and eating your funyuns and then not buying anymore when you're out. Because of this attitude, there are a lot of fights - especially hobo fights over cheezburgers and sammiches.

Roger Smith is a negotiator in the city and by "negotiate", I mean "move the plot along". He is also happens to live in Batman's old mansion, which Batman lost prior to this in a bet to Superman and had to live in a dumpster with Aquaman. He also has Batman's butler, whom he calls Norman instead of Alfred. Oh. And he has a robot. Can't have an anime without a robot chick.

Oh. And there's also something about a robot. I don't know. I stopped paying attention when I realized that The Big O is Batman with very ugly robots.

Roger Smith: Roger is Spare-a-Dime's top negotiator. He is also rich for some reason and owns a giant robot that NO ONE seems to really notice he owns, especially when its underneath his giant house. He owns a robot and is convinced that he is a tomato. This tomato belief stems from the fact the writers hate plots. When Bruce...er Roger's not fighting crime by stomping on it with his Megas XLR...er Big O, he's fighting the denizens of Spare-a-Dime city over the paper bags of Apple-Tomatoes he carries, which are given to him by Alex Rosewater's father, for some reason.

Alfred/"Norman": Alfred is Roger's badass butler who Roger calls "Norman", despite the fact he constantly restates "I'm Alfred, Roger. ALFRED." every episode. He is also packin some serious heat and has l33t haxxorz skillz, or that's at least what he put on his myspace. Also, he's got almost Lightning-Speed responses to local threats attacking the city, almost as if he does have access to the internet, but knowing him, he's probably wiretapped the City's security forces (which Bruce...er...Roger used to be a part of).

Angel: Angel is the local stripper in Spare-a-Dime City. The other eye-candy for fans, except she's the spunky "rebel". She often joins Roger on his quests to rid the city of evil, since giant robots and Batman wanna-bes make her wet. Oh yeah, and she's some robot or something. I don't know. I stopped paying attention during the last couple of episodes.

HushSchwartzwald: Schwartzwald's name was originally Mickey Seebach. Mickey used to work at a company in Spare-a-Dime until everyone realized he was a complete douchebag and had him fired. This drove him mad and he joined the Dark Side. The Dark Side didn't want him because it too realized he was a douchebag, so he wrapped himself up in bandages and huffs kittens. Oh yeah. And there's something about a robot too. Also, he likes to cosplay as and claims to be "Hush", Bruce's...er Roger's long lost childhood friend who Bruce...er Roger cannot recall, much to Hush Schwartzwald's dismay.

Alex Rosewater: Alex is a greedy corporate ass-hole, which no show is complete without. He also has a robot for some reason that is never explained either. For a villain who pulls some strings in the background, he sucks at an actual fight (be it hand-to-hand or robot-to-robot, so he can't even be like Lex Luthor). He also hates his father for farming Apple-Tomatoes instead of helping him purchase the...er...discover the "secret origin" of their city's only Stripper Joint, which is just an excuse for him to keep tabs on Angel for not returning his phone calls. He also bought his robot because he saw that Roger owned one and hopes that it will make Angel wet for him as well.

Alan Gabriel: Alan, like Dorothy, is a robot. Also like Dorothy, he is also used as something for fans to masturbate over, but this time it's lonely teenaged girls who cannot download their daily Yaoi because their favorite site is down. This is especially the case when Hush, er...Schwartzwald's tentacle-living-bandage kills him after he makes the mistake of trying to carjack the douchebag's robot. The lewd nature of his death alone is likely to have resulted in the fangasms of many desperate fans alike. This was of course after he hit on Roger many times, in order to upset Dorothy and Angel. Sometimes literally.

Beck: Beck is the blonde Pompadour-Wielding illegitimate son of the Pink Ranger and Jim Carrey, and also the great grandson of Lupin the 3rd. Once, he attempted to do stand up comedy in a robot, which he didn't realize was Bruce's. Bruce...er Roger Smith was offended greatly by Beck's use of dated material, most of it involving Chuck Norris, and so he had him arrested and sent to MTV. Having sprayed his Pompadour a jet black color, he is now the star and co-producer of the hit shows "BECK: Mongolian Chop Squad." and "Space Dandy".