From Uncyclopedia, the content-free encyclopedia
(Redirected from Clinton)
Jump to navigation Jump to search

“Indeed, I did have relations with Ms. Lewinsky that were not appropriate. In fact, they were wrong. They felt good, but they were still wrong. Happy now?”

– Clinton on having sexual relations with that woman

Clinton's term of office was mired by economic and political reform. The most serious was some bitch named Hillary Clinton, who kept insisting she was his wife and had actually slept with him. This was widely ignored by everyone until it was revealed that Bill had been secretly cheating on First Lady Monica Lewinsky with Hillary, in a perverse affair which culminated into a media frenzy and scandal. House Republicans were outraged, because CommieLib Clinton lied to the American public on TV! 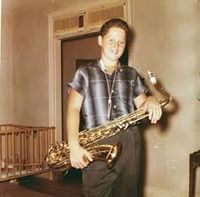 You can see he was destined to blow. Or at least get blown.

Upon his arrival into this world, Clinton came out smoking a cigar, slapped the nurse's bum, and began stuttering.

Despite an obvious facial impairment, Bill did well in school, and was voted by his schoolmates "Boy Most Likely to Necome 42nd President of the United States". He completed his compulsory education with only a mild case of herpes and a B+ in Predacon geometry. He cites his hobbies growing up as playing the saxophone and reading comic books.

Upon graduation, he earned a Rhodes Scholarship to University College, Oxford where he studied cosmetology and government. He developed an interest in rugby union, playing at Oxford and later for the Little Rock Rugby club in Arkansas. While at Oxford he also participated in Vietnam War protests. In later life he admitted to attending Woodstock and smoking cannabis at, but claimed that he "never inhaled". Some have argued that inhaling is probably the most fundamental part of smoking cannabis.

After blowing his scholarship at Oxford, Clinton attended Yale Law School and obtained a Juris Doctor (J.D.) degree in 1973. While at Yale, he began dating law student Hillary Rodham who was a year ahead of him. They married in 1975 and their lovechild, Chelsea, was born in 1980.

In 1974, he ran for the House of Misrepresentatives. The incumbent, John Paul Hammerschmidt, defeated Clinton with 52% of the vote. In 1976, Clinton was elected Attorney General of Arkansas and Sexiest Man in Cleveland County without opposition in the general election. In 1978, Bill Clinton was elected Governor of Arkansas at the ripe age of 32. He was the youngest and most handsome governor in the world. He worked on educational reform and the infrastructure of Arkansas's roads, but his first term also was fraught with difficulties, including an unpopular motor vehicle tax, a scandal in which he was accused of bumping uglies with an intern, and citizens' anger over the escape of Cuban refugees detained in Fort Chaffee in 1980. Clinton would lost the re-election against some chick. 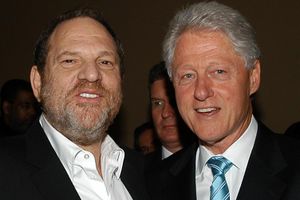 Bill Clinton was elected in 1992 with a whopping majority of 42.9%. O.K., so he didn't get a majority thanks to Ross Perot stealing his votes, but he got more than George H. W. Bush got and I guess that is what counts. But he promised to free Tibet, or something like that. Most notably though, President Clinton was the first Black President of the United States of America. He also had some influence on the creation of the internet as his Vice-President, Al Gore, surely could not have created the internet all on his own.

Redefining the Word "Is" 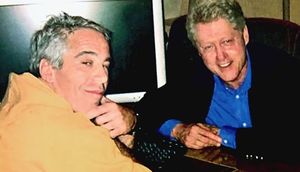 One of Clinton's most ground-breaking reforms to America was the redefining of one of the most commonly used words. Is, which had previously meant 'is,' now meant 'is not.' This change in definition is largely believed to have saved Bill Clinton from being removed from office during his impeachment. It also showed he had balls the size of Texas and an understanding of the English language the size of Rhode Island's smallest lake.

American Heritage, Websters and other dictionaries have since changed the definition of the word is.

Is. Verb; from the Latin phrase meaning is not. English definition: Is not.

Government funding helped them in this editorial project, which for a short time turned the world on its collective head. "No" meant "Yes". "Yes" meant "No." And getting to first base caused the impregnation of many "virgins", which during the controversy meant "slut bag whore". Madonna, due to the redefinition regained her virginity and spoke out on Clinton's behalf. 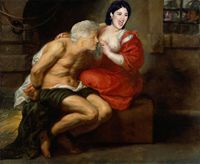 Clinton faced a crisis in 1998. He was accused of having a sexual relationship with a White House intern, and faced 13 sexual harassment suits and 72 paternity suits. Republican Ken Starr tried to frame Bill Clinton at an impeachment trial, but Clinton, being the smarter man, asked Ken Starr to define what "is" is, and claimed that he "did not have sexual relations with that woman."

Starr presented evidence: a blue dress covered with semen stains and a DNA match to Bill Clinton, as well as a recorded conversation that the intern had with Clinton over the phone. With the ease of a nervous adolescent boy, Clinton calmly stated that a blowjob was NOT the same as sexual intercourse, so there was no reason for everyone to get all upset about it. Then for the tape, he claimed that the intern didn't know she was being recorded, and thus under federal law it makes the evidence invalid and must be thrown out. The Supreme Court agreed, acquitting the impeachment and throwing out all of the evidence that Starr had against Clinton.

The vast majority of American men were outraged that the trial took so long, since it was obvious that Hillary could never shut the mess up long enough to give him a good mouth-hug. He even tells Hillary what to say when she is giving a speech. He hides in the podium, even though many leading physicists say "[...] that is anatomically impossible. You cannot and SHOULD NOT cram that into such a small space. It may break the fabric of the universe and doom us all to a satanic death."

Clinton has done a lot of amazing work helping so many of the civilians detained in North Korea. In 2009, Clinton personally flew to Pyongyang to secure the release of Euna Lee and Laura Ling, two asian chicks in their twenties. 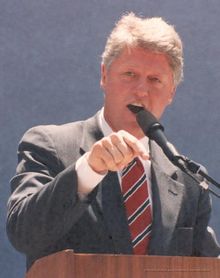 President Clinton left a rich legacy of both philanthropy and stains in the Oral Oval Office. Bill Clinton is the first, and as of 2006, the only black President. However, it can be said with the greatest certainty that he did not take advantage of UK and left the Queen alone.

Clinton's political appeal has been longly admired by the Democratic Party. As John Edwards so heterosexually put it, "Bill Clinton has always been a sweet talker when it comes to politics, but it is his eyes that seem to cut through the human body itself."

Even if he married a robot, even if he did not "have sexual relations with that woman", even if he goes for the occasional intern blowjob, even if he signed NAFTA, Bill Clinton is still the coolest president ever. We should all just learn to forgive Bill Clinton, punch Al Gore, and steal the Nobel and give it to Bill so he can use it as a sexual device. No one can contest that Bill Clinton is the most pimpin' president ever. And just because he and Monica hooked up doesn't mean he liked her. It only proves he needed glasses.

One thing can be said without doubt: the Clinton Administration was surrounded by Bush (and quite possibly, his pubic hair). In truth, Clinton is only between the two Bush's because he served to better the country after Ronald Reagan, the senile old man and inventor of fiction. And by better the country, I mean to say that sex is possible and should be done at the work place. Also, they had to replace the carpet when he left due to his uh...Advanced onternship Program. Also he had a very funny hand gesture that is remembered by many to this day! Other firsts by Clinton include being the first president with a widely known nickname, that being "Boo-Boo", which was given to him by Monica Lewinsky while she was lolling on his Johnson. He enjoys long walks on the beach and a nice pair of slacks.

After retirement, he has founded a non-profit organization that gives blowjobs to the needy. It currently employees 30 woman and has been tied to the Eliot Spitzer scandal. He has also written several books and starred in numerous films after his presidency. President Clinton is also helping the world by playing his saxophone for the UN and is single-handedly (it has to be single handedly, because his other hand is in Kofi Annan's pants) avoiding nuclear war with Andorra. Andorra later let it be known that they had no intentions of starting a nuclear war but were "Just playing with you guys."