Catch phrases of the 70's

From Uncyclopedia, the content-free encyclopedia
Jump to navigation Jump to search
“I like the one where he is like DY-NO-MITE! Because of him being black and... You know who else is black? Barrack Obama. He is gonna lead this country to change... Speaking of change, they should get rid of pennies because they are worthless! Wait what are we talking about?”

This article is dedicated to all of the amazing catch phrases of the 70's. The 70's, not only being the disco years was know as the catch phrase years, was a time of self-exploration and children-exploration for many adults as marijuana became more popular. As it was easy to get, every kid and their brother (as in black friend) smoked it daily. Those were some good years. So to show our love for those years we will make a crappy article on a website so called "Uncyclopedia.org". Ya I have never heard of it either. Oh well, lets move on.

Origination of a "Catch Phrase"[edit]

A Catch Phrase is a phrase that if said enough times will catch on and people will start saying it. Usually, once the catch phrase has caught on it takes a couple of days for it to become a taboo. That was for a Good catch phrase. Bad ones mostly were taboo'ed as soon as the actor said it. The most famous catch phrase that crashed and burned was Nixon's "I am not a crook." 13 year olds with ADD were the first to copy them because of their inability to focus on a single subject for more than 35 seconds. This catch phrase lasted 35 seconds. Unlike familiar beliefs, America was the first to start a catch phrase, because of America being better than all of the other countries in the world and could kick anyones ass, Plus it is also known for it being extremely humble. The reason for America being so amazing is because of the catch phrases it started. Here are a few examples of America's finest.

These examples are ones that you can use anyday at any time! It doesn't matter where you are (i.e. workplace, restroom, bedroom, library) these famous catch phrases will have your friends crying from laughter. Feel free to yell them out at whatever you feel like. It will make you, your "friends", and any bystander, to crack up on the spot! Mastering these catch phrases takes many years of hardwork, studying, and masturbation. Then just maybe then you will be ready to whip it out and slap it on the table and wait for them to laugh at it. That's how "good" the catch phrase will be!

These catch phrases are from the best of the days. They inspired many Youtubers to create videos that got 200 views such as many of my videos... Siiiiiigh...

You might be asking How do I bring the lulz? Well, A lot of people think that in this day and age they can make people laugh just by saying them. No. You must work. Work harder than you have ever-worked! [citation needed] You will work like a hummingbird on cocaine. This section gives tips and help on how to do master the ever so hilarious catch phrase.

These exercises will have your audience lulling and keep you in shape!! They may seem a little hardcore at first but you will grow into them. Soon you will be as funny as someone slipping on a banana peel! So just wait here they come!

This is just a quick little thing to get you and your voice at par speaking ability. Just say these as loud as you can and enunciate on every word. They are best said in public so that you can get other peoples opinions on how your doing. Another thing you can do while saying these things is jack yourself off. It helps you focus on what your saying and not on what your doing.

I beat my meat, with a witches teet. So take a seat and get something to eat!

Fat skinnies from the Eastern South fight for food

Tits and Toys are timed at target.

Someone's iPad slapped sally and so slowly she broke down and cried: "Please, don't make me watch Twilight!"

These are just a few you could do. If you think of anymore you can do them yourself.

This part will help you by giving you some charisma when you say it. You don't want to yell DY-NO-MITE! without being energetic. You would like you had Tourettes. So this section is dedicated to you keeping your sanity. 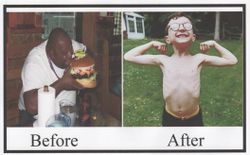 If you do these exercises this could happen!

This is just a simple push-up. So start in a lying down position, Now place your arms in the middle of your body and straighten them. You will notice you are starting to be pushed up by this action. That is good. Once your arms are fully extended, Congratulation, you are now in the push-ups starting position. Now let your arms begin to bend, ever so slowly as to not smack your face into the ground. When your arms are bending do not let them go past 90 degrees. If they do you will have to start over. So now your arms should be at 90 degrees so you will now want to push-up like you did in step 1 where you will feel yourself being lifted up. Go until you are now back at your starting position. CONGRATULATIONS!!!!!!!!!! You are now 999 push-ups away from today's goal!!

This is more of a complex one. It involves you lifting weights. This may be new to you. So lets start from the basics. Pick up your dumb-bell. WHO ARE YOU CALLING A DUMBELL! hohohoho. That's just expert humor. Moving on. Now lift the weight. WELL DONE!! Your done now! 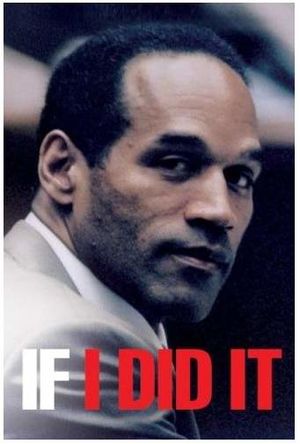 This is always a relaxing book to read. Notice the words in red compared to the word in white.

Now it is time to relax because you have had a hard day. Just calm down with a cup of hot cocoa and a good book to read.

You should research your catch phrase before you say it. Good research places are Youtube, Wikipedia (because they are so reliable), Or television. Just look them up and you are on your way to saying them properly. Note how the actor says it, or how he moves when he says it. You might want to mimic that when you say their catch phrase. That will add a good spin on your joke. And most of all say it at the right time. Don't say it at a funeral. Screw that. Say it anywhere, even funerals.

Who to say it to[edit]

The people to say it to have defining qualities that make them easy targets for Catch Phrase abuse. Many times their speech is slurred and they cannot correct someone without yelling "N00B!!!" at them for a small mistake. (See also geek) Usually, when he gets the joke, the geek feels like he is the best in the world and laughs extra hard to show people around him that he got it and they don't get it. These laughing spells have led to a decline in the NLaHA (National L33t and HaXor Association) because of the geek depriving themselves of air because the individual who said the catch phrase "brought the lulz to hard." This drop in the geek population has led to an increase in the less well known NHFT (N00bs Have Feelings Too) which nobody wants. So DO NOT go around saying it to every geek you see, pace yourself and enjoy the ride.