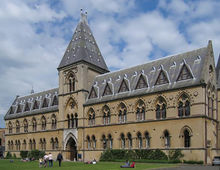 The debate is best remembered today for the occurrence where Wilberforce pointed out Huxley's insults towards his grandparents. Huxley said that he "would not be ashamed to have a monkey for his ancestor" while referring to his grandparents. 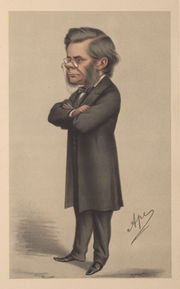 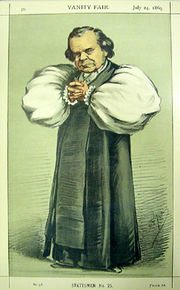 When word spread that Bishop Wilberforce would speak against Darwin's theory at the meeting on Saturday 30 June 1860, supporters of Darwin seriously pissed their pants. Wilberforce was one of the greatest public speakers of his day and thousands of people came to listen to his reasonable arguments. Darwin himself was too sick to attend.[2]

Wilberforce completely pwned Darwin's theory, arguing that it was not supported by the facts, and just about every notable scientist was opposed to the theory. In reference to his complete pwnage of the Darwinians, he told some other fellow "The Lord hath delivered them into mine hands."

Wilberforce ended his great speech by inquiring "Professor Huxley, doest thou not realise that by upholding this theory, you indeed imply that humans are descended from apes? How canst thou make such a grave insult towards thy grandparents and greater grandparents?"

Huxley's response was as outrageous as was the theory he supported. "I wouldn't care if one of my grandparents was a monkey," he said, "I would be deeply appalled, however, if I was found to be related to a man of great intellect and influence that willfully abuses his skills to keep the truth from his people. A man very much like yourself, Bishop Wilberforce."

The completely unsubstantiated insult towards Wilberforce sparked a massive outcry from the audience. Lady Brewster even fainted at hearing these outrageous accusations.[3] 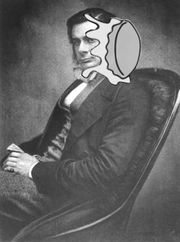 Huxley got what he deserved.

Summary reports of the debate were published in a couple British newspapers. Both sides immediately claimed victory, and while the Darwinians conspired to make people forget about how hard they got pwned, the divinely ordained victory was a simple matter of fact.

A few days after the debate, a devout Christian walked up to Huxley and threw a pie in his face, exclaiming "Your grandmom is not a monkey, you ass!"

The God haters at Wikipedia claim to know the truth about the 1860 Oxford evolution debate.