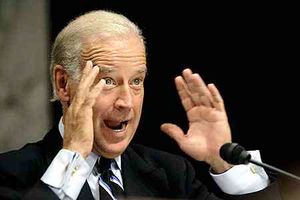 Joe Biden, forgetting that their act has no scripted lines, was very nervous about forgetting his lines. 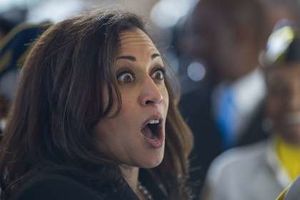 Kamala Harris was very excited about her first time on the main stage. 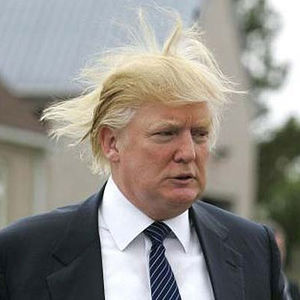 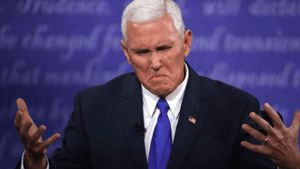 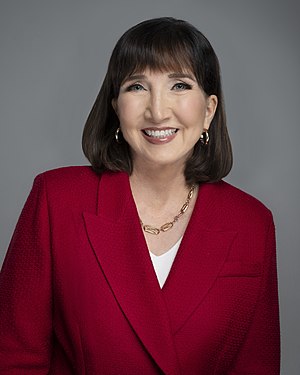 AGENT: Ok, um, you are four of the greatest people this country has to offer?

AGENT: Um, are you sure? I feel like there must've been some sort of mistake.

HARRIS: Look, why don't we just get started and show you what we have to offer?

Kamala puts her iPhone on the desk and puts on a playlist starting with "Take On Me" by A-ha. Joe and Donald then bend their veep-ass bitches over the desk and start fornicating them in the anus. The fantastic four begin removing their clothes as they make love.

The agent pulls a remote control out of his desk and turns on a very large screen on the wall. The screen is split into four screens, and four other very normal talent agents are on for a video conference.

TRUMP: What are you doing?

AGENT: Oh, this is so my colleagues can join us. Hi guys, you're watching Joe Biden, Kamala Harris, Donald Trump, and Mike Pence do their, um, what is this thing called?

AGENT: Well, sir, with COVID and everything, we're trying to do as much as we can remotely.

TRUMP: No, that's bullshit, fake news, total hoax, we can do this in person.

AGENT: Ok, um, forget about COVID for a sec, but please remind me to give you a pamphlet on COVID-19 Solutions Incorporated before you leave. The fact is that my colleagues can't always be here, they work all over the world, joining us remotely has been an important part of the process since long before you got here, and it's never been a problem.

AGENT: What do you mean wrong? You can't just say-

AGENT: How the hell did you ever-

PENCE: The president and I are in total agreement that you, sir, are fake news.

Joe and Kamala burst out laughing.

BIDEN: Oh my, golly, I'm so sorry. Please have my, er, somebody draft a progressive apology statement for CGI Biden to post on Insta.

Someone throws small pebble at the window from outside.

HARRIS: Ok, so we're not going to deny this one? Like Tara Reade?

The song changes to "Barbie Girl" by Aqua.

PENCE: Aaah yeeeah! This is my jam!

The fantastic four are all naked now. Joe and Donald lie down on the desk and spread eagle. Kamala puts on a strap on, and she and Mike begin making love to their bosses' asses.

HARRIS: You said it!

Kamala and Mike high five. Someone throws another small pebble at the window from outside, and the agent turns to look.

AGENT: What the hell is that?

Mike pulls a baseball bat out of his ass, and Kamala pulls a cricket bat out of her ass. They both begin hitting their bosses over the head with them, but Kamala really hits Joe a lot harder and faster.

AGENT: Wow, you are really going to town on him!

HARRIS: And it's having absolutely no effect on his cognitive ability!

Someone throws another small pebble at the window from outside, it is an insane woman from South Carolina who starts shouting.

TRUMP: No she hasn't! I want a recount!

AGENT: A fucking recount? It just happened right in front of you!

The insane woman outside throws another small pebble at the window.

JORGENSEN: HELLO? Can anybody hear me?

TRUMP: RECOUNT! And Mike, so help me god, hit me harder and faster or YOU'RE FIRED!!

The colleagues on the video conference start talking.

OTHER AGENT #1: Wait, I don't understand, is this some sort of competition?

PENCE: But it really doesn't matter who wins.

HARRIS: We're all gonna make a shit ton of money regardless!

OTHER AGENT #2: Ok, and so what does the winner get?

BIDEN: A seat in the United States Senate!

The insane woman outside throws another small pebble at the window.

JORGENSEN: HELLOOOOO?!? I have something important to say!

The song changes to "Macarena" by Los del Río. The fantastic four begin doing the faggy dance in perfect unison.

OTHER AGENT #3: I must say, I think I like Biden and Harris better than Trump and Pence.

OTHER AGENT #1: Really? They're all kinda doing the exact same really stupid thing though.

AGENT: What? How can you call that fraud?

AGENT: They can see and hear EVERYTHING that's happening!

TRUMP: Doesn't matter, they're not here, that means that their opinion is FRAUD!

AGENT: Don't you have children?

JORGENSEN: HELLOOO?!? I've been trying to speak with you!

JORGENSEN: You should really let me be a part of your act!

PENCE: Why? You don't have anything of any value to offer us or anybody!

JORGENSEN: Yes I do!

HARRIS: Nobody's ever even heard of you!

JORGENSEN: That's not true! The libertarian party is the fastest-growing party in the country, therefore I am relevant!

TRUMP: You exist, that's about it! Now get the fuck outta here!

PENCE: Uuuggghhh, what are we gonna do?

TRUMP: Grab her by the pussy?

TRUMP: Mike, are you packin'?

PENCE: Ah yeah we are!

TRUMP: No, I mean are you packin' heat?

AGENT: Look, lady, I personally don't see how you, or anyone for that matter, could possibly help or harm this act in any way. But this is a closed meeting, so I'm gonna have to ask you to please leave.

Mike points the gun at the insane woman and cocks it.

JORGENSEN: Or else what? I've done nothing wrong, you have no right to do anything to me.

AGENT: Actually, yeah we do. You are trespassing, which is an infringement on my PROPERTY RIGHTS. You know? One of like two things that libertarians are capable of discussing in any practical manner?

JORGENSEN: But the American people have the right to a wider representation than just two parties in the mainstream media.

Kamala grabs the gun out of Mike's hand, points it at the insane woman's head, and shoots her, killing her instantly. Kamala drops the gun on the floor and looks at Donald and Mike.

HARRIS: Do you see the violence you've caused?

AGENT: They've caused?!? YOU'RE THE ONE WHO SHOT HER!!

HARRIS: Yes, because of them!

AGENT: How can you blame your actions on someone else?

HARRIS: Because they are against gun control! Gun control would have prevented this!

PENCE: Not so fast there missy, that crime was committed with a stolen gun. You did not obtain a license and purchase it through the proper channels guaranteed by the Second Amendment to the United States Constitution, thank you very much.

AGENT: CHRIST ON A KEBAB! I'VE HAD ENOUGH! Ugghh. What do you guys call your act?

AGENT: Ok, well I can confidently say without any doubt or reservation that the Aristocrats are hands down, bar none the worst, stupidest, most disgusting, selfish, sadistic group of people in the history of the universe.

TRUMP: Why, thank you!

AGENT: You're welcome. 'Cause yes, in this day and age, shitty shit makes a shit ton of money, so congratulations! You're signed! I'll get you booked right away!