There have been many people, such as Stephen Hawking (not really a person) who claim that, in fact, chocolate-covered black holes do not exist, or if they did, they would backfire on all who tried to make them, resulting in the destruction of earth in a single infintesimal pop. This is, however, not true, and anyone who says it is is obviously a lying dumby-face.

The chocolate-covered black hole was invented as a way to remedy the tendency for your enemy (often the bully from kindergarten) to do something not very nice while he is in retreat. This includes stuff like burning down your 14-room, 3-bath mansion and adding Mountain Dew to your mother's morning coffee. Well, now, you just send the bully a gift package with a card that says:

Sorry for kicking your ass! We really didn't mean to,
but it doesn't matter, what's done is done.

Have these chocolates, and our well-wishes.

If you are the United States, then none of this applies, and screw you.

Well. The bully takes a look at the card and thinks, "Hmm, this has to be a trap". Then he thinks, "Wait, maybe they know I would think that this is a trap, and I have fallen into by not eating these chocolates." After this brilliant deduction, he thinks "Wait, maybe they knew that too, how am I to decide? Better open the box.". The do so, and find a few rows of delicious looking chocolates. "What could be in these," they think. "Caramel? Poison? Dog food?" Due to a lack of any other option, the bully closes his eyes and pops the chocolate into his or her mouth. Yum!

And then he gets sucked into an alternate dimension, probably hell, or something along those lines. It doesn't matter, but you can be sure he gets beat up there.

Anyway, after that's done, the next person comes along and does the exact same thing. So not only have you kicked your opponent's ass, but you kicked their ass so hard, it flew into another dimension.

This makes chocolate black holes the first of the Trojan Foods. Soon to follow were Machine Gun Pringles and Nuke Pineapples. 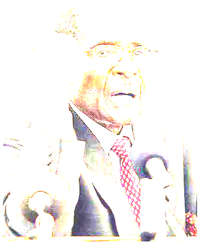 This is the tricky part. First you have to create a black hole without actually being sucked into it yourself, and that's bad. The entirety of the process can or cannot be summed up in one succint formula:

where n is the number of kumquats used to create the particle accelerator, and ccbh is just an abbreviation for chocolate-covered black hole; we mathematicians are too lazy to type all of that out. Anyway, r is the radius of the titaniumn sphere you are about to construct.

1. Get yourself a particle accelerator about the size of your computer monitor. Make sure it is remote-controlled. You can figure this one out for yourself, I'm not omnipotent, for crying out loud.

2. Build yourself a sphere made out of a titanium-steel alloy. Make sure it is hollow and can be opened. It is important for it to be airtight.

5. Get a druid to bless it, and wait ten minutes to cool. Now it is ready for the next phase!

6. Get your particle accelerator into the steel-spherey-thingy. Close it tight!

7. Smother the entire mess in your melted chocolate. Now it is even more of a mess, but that's okay too.

8. Turn on your particle accelerator, through the remote control I hoped you read about. It should create a miniature black hole. This black hole will start by sucking up your particle accelerator. Damn! But it is worth it, as it will try to suck up the steely thingy next. Watch as it gets through this and runs straight into the chocolate. The chocolate, which had been, of course, blessed/cursed by your druid, should keep the black hole occupied, and will not be able to suck it up without a hole in the chocolate somewhere.

9. Repeat this process as many times as you need chocolates. Don't worry, the effort is well worth it. Perhaps you can get some zombies to do it for you, if you make friends with them before they eat you.

10. Send it to your enemy, and watch in glee from behind a bush somewhere. You dirty rascal, you.

And there you have it, the Chocolate-Covered Black Hole. Share and enjoy!

Restrictions on Sale in Europe[edit]

The Chocolate-covered Black Hole is covered by the Geneva Convention on Intergalactic Comestibles. Certain ingredients must therefore conform to the following proportions under penalty of death by bureacracy: