From Uncyclopedia, the content-free encyclopedia
Jump to navigation Jump to search
“Ohh... I get it, it's not a "real" chocolate.”

~ Every American on Chocolate Mousse 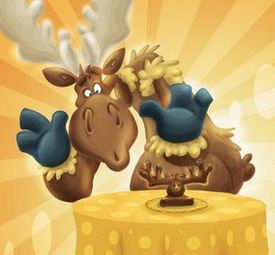 A Mousse and a Moose, can you tell the difference?

For those without comedic tastes, the so-called experts at Wikipedia have an article about Chocolate Mousse.

Chocolate Mousse is a famous dessert often served after Pumpkin soup. It originated from France in a small cottage by the sea. Many people used to "show off" their cooking talents by making this tasty treat, but due to the Chocolate Mousse War of 89 it has become a rare dish.

Invented back in 1922, chocolate mousse was created by Charlie Sheen (No, not the actor) after he had a wild dream involving himself, Chocolate body paint and a Moose. He was only 37 at the time, but he knew he had caught on to something special with this dish.

In 1923, Charlie Sheen made a special batch of Chocolate Mousse to serve to his father, but ironically his father was killed by a Moose the day before while hiking in Canada. Charlie Sheen was going to keep his recipe a "family secret" but when his father died, he realised his family was a lot more vulnerable then originally thought so he decided to spoil himself in riches by selling his dish to the world.

Sadly the next day Charlie was murdered and his recipe was stolen by 'Magrit the Grand' and he still makes profit off Chocolate Mousse today.

During an argument in 1989, The Grand Chocolate Mousse War Arose. It was between the American and the French. The Americans Claimed that real Moose was added into Chocolate Mousse but the French reassured the Americans that no Moose was added, only traces of Antelope. The war started on the 5th of May (1989) and ended on the 9th of May (1989) and still to this day historians claim it as the biggest dessert war of all time... on Earth.

Due to respect of the Americans who lost the war, and having them called "mean" names by the French, some Canadians and New Zealander's will not eat chocolate mousse.

Henry Pickleton, governor of some place in Ukraine, knew a man, who saw a dog, that chased a cat, who ate cat food, bought by its owner, who read about the chocolate mousse war of 89. Henry said, "I'll be damned if we don't celebrate the mighty veterans" and so held a festival celebration in honour of those involved in the war. This festival celebration took place on the 5th of May 2009 (exactly 20 years after the beginning of the war).

The festival took place in Sydney, Australia. It had 5 stalls, dodgem cars and a pony riding area. Over 25 people attended and made Henry Pickleton proud to be a Ukrainian. He finished the celebrations with a speech as follows:

"My dear Australians, I, Henry Joesph Billington Pickleton, am honored to hold this 20th anniversary event. If only we had more wars in this world, but only a man can dream. Thank you!" - Recored at 3:45pm Local Time, 5 May 2009.

What to Sprinkle on Top of Chocolate Mousse[edit | edit source] 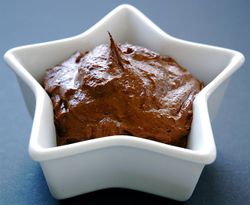 Using one of these 7 ingredients guarantees the best tasting Mousse around!