From Uncyclopedia, the content-free encyclopedia
Jump to navigation Jump to search
“Fuck! I coulda toldja I had an even number of petals! I am no longer pretty...”

“I used to have a pet chocolate dragon, in the future. Growled a lot. Shat cocoa, good for those wintry days.” 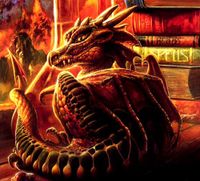 The First Chocolate Dragon, as seen glaring at Patrick Stewart.

Chocolate Dragons, not to be confused with Black People, are totally badass and breathe liquid nitrogen.

Despite contrary belief of hatching from an impregnated refrigerator under the light of a lesbian full moon, the first Chocolate Dragon was birthed in 1589 AD from Oscar Wilde taking a piss during his peace trip in Atlantis. Oscar's urine floated through the particularly-clean and bear-free sewage system until it struck a small child that was swimming in a nearby pool. This small child, also known as Chuck Norris, suddenly became a Reaver Trigger and an alternate Chuck Norris appeared in amoeba form inside a vat of chocolate in Switzerland. Within three hours, the alternate Chuck Norris infused with the chocolate DNA surrounding itself, and matured into a large Cadbury's Milk Chocolate egg. This egg hatched soon after, causing the entire factory to implode and sink underground. Many believe that this had something to do with the weakening of the pirate race during the late 1800's, contributing to the reason why Chocolate Dragons are the natural enemy of the relatively-unknown Mountain Pirates.

However, the first Chocolate Dragon, known as Sirronk'cuh'c, rose from the remains of the Swiss chocolate factory and began a mild rampage of ass-kicking, face-devouring genocide. Sirronk'cuh'c became a thing of horrific fairy tales within a single night--the superstitious storytellers of the time interpreted their tales to include this radical new menace as a tribute to keep it at bay. Endings of fairy tales in the nearby villages were changed to incorporate the Chocolate Dragon: for instance, the revised version of Cinderella ended with the Chocolate Dragon grabbing Cinderella in its talons and dragging her into the air to his rapefortress in Seattle, where he fed her to his loyal dirt-children, Haggett and Drummble. A similar retelling of The Three Little Pigs involved said Chocolate Dragon swooping down and incinerating the brick house with its liquid nitrogen breath, casting it and its occupants through a wormhole straight into the Universe of Things That Make You Itch A Lot. This left the Big Bad Wolf to decide that he was in the mood for McDonald's after all. 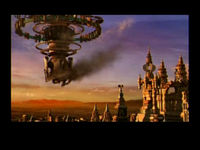 A common rape-fortress used in many Chocolate Dragon fairy tales during Sirron'chuk'c's time.

Unfortunately, these false accounts offended Sirron'c'kuh'c, who prompted incinerated all nearby villages with its liquid nitrogen breath, casting them and their occupants through a wormhole straight into the Universe of Things That Make You Itch A Lot.

It is also known that Sirron'ckuh'c also held a long, fierce rivalry with Star Trek: The Next Generation actor Patrick Stewart.

The original Chocolate Dragon, instead of falling to illness and decomposition, opted for a more permanent option--the most factual basis of Sirron'c'kuh'c's disappearance is the recorded observation of a stunned historian who witnessed the Chocolate Dragon twirl into the air, spinning counterclockwise, then descending straight into an active volcano, never to be seen again. This theory places the great Chuck Norris alter-ego in the heart of the earth, encased in its molten chocolate shell, preserved throughout the ages until it senses the need to reemerge and spread its havoc across the globe once more. However, since the historian recorded this thirty years before his own birth, many believe it to be a hoax, and suggest instead that Sirron'ckuh'c is merely out getting ice cream, and will be back any day now. 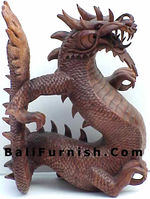 A chocolate sculpture of the Chocolate Dragon Aesidon, most sexually-active reptile in history.

Evidence from eMichaelangelo's paintings suggest that the next generation of Chocolate Dragons consisted off not one, not two, not sixteen but three eggs left behind by Sirron'ckuh'c. These eggs were laid in a nest within the Arctic and hatched into the second-age Chocolate Dragons Aesidon, Ista'brachkta and Freonia. Aesidon, the first of the triplets to hatch and the only male, was born more conniving and manipulative, with an incredible sex drive and insatiable desire to crush things with his tail. The next, Ista'brachkta, inherited her father's fierce, savage lust for destruction, and swiftly froze over the nearby eskimo villages within several weeks of hatching. The final, Freonia, was born mindless and hopelessly chaotic, besting her older sister with her capabilities for widespread destruction.

The three triplets were chronically incestuous, and many myths have been proven that detailed their sexual activities recurring every six hours. All three Chocolate Dragons would simultaneously indulge in this habitual behavior, resulting in a cataclysmic storm on Jupiter each time it occurred. In fact, this fierce storm was so tired of recurring that it eventually raised its angry fist at Earth and just never went away anymore--it's now seen as the large red dot on the gaseous planet.

Eventually, Aesidon would impregnate both Ista'brachkta and Freonia, but due to Freonia's unpredictability, she was sealed by the other two inside a cardboard box. Later, this box would be the first box ever used by Sam Walton to package anything, passing its evil onto him and forever corrupting the retail market known as Wal-Mart. 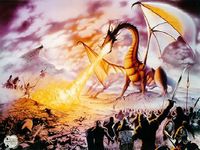 However, Freonia still managed to give birth, even within cardboard box format. The result was Donald Trump, who was sent back in time to start Switzerland's first chocolate factory, the one that would eventually be partially responsible for the original Chocolate Dragon. After a minor mishap involving his pants being on backwards during a supernova, he was transported into the future to be the successful rich bastard he is today, after major surgery to implant technology to hide and cover his cardboard skin with holographic projections of human skin.

The Betrayal of the Dark Chocolate Twins[edit | edit source]

Meanwhile, Ista'brachkta gave birth to the third generation of Chocolate Dragons, curiously but in a foreshadowing-sense-of-the-term born in dark chocolate shells, a pair named Cancer and Plague. Ista'brachkta died during childbirth, leading their father to use his daughters for sexual activity, minutes after they were hatched. This led to both growing incredibly durable to intense sexual conditions at an early age, and to their blossoming hatred of their father. Due in part to both twins being far more fertile, an entire plethora of Chocolate Dragons was spawned, and each took a sibling mate and spread to another corner of the world.

In 1729, just a decade after Aisedon's passing, Cancer and Plague combined the entire forces of the Chocolate Dragon empire--their numbers now over one hundred--and launched a dramatic and full-scale attack upon the world's entire ninja population in a diabolical form of ethnic cleansing. The original ambush occurred at Amashitokiansiktsi, the legendary city of ninja-kind, located in the center of what is now known as Japan. One-hundred-twenty-one dragons, the squared form of 11 (alternately known as the most evil number in the world), swept down and stormed the entire floating city with liquid nitrogen and erased most of the population within. The survivors, led by the Legendary Red Ninja, traveled to the alternate ninja-dimension and appeared before the Great Ninja Counsel to describe the sudden threat. The Great Ninja Council authorized every and all necessary forms of kicking complete and total ass, and so the ninjas returned to their devastated city and called forth every ninja in the world (and even the Moon Ninjas) to combine forces to fight the diabolical Chocolate Dragons.

See? Ninjas are so badass that even their own kids were used in The Caramel-Shuriken Wars.

This battle raged for two centuries, and reduced the ninja count from over 99,000,000 able-bodied ninjas down to a measly 1,000. However, the Chocolate Dragons dropped in numbers as well, from over 100 battle-ready reptiles to exactly eleven:

The seven remaining Chocolate Dragons laid their eggs in a secluded spot in the center of the Amazonian Jungles, and flew off to destroy the remaining ninjas at their final retreat, a sea of tents pegged up in the mountains to the North. The Chocolate Dragons, led by Cancer and Plague, reassumed their liquid nitrogen rampage, but unbeknowest to them, they fell straight into the ninjas' trap. The final thousand ninjas had developed a Chrono Trigger, and locked its properties to the chemical compounds that composed liquid nitrogen. Therefore, as soon as the seven dragons began their devastation, they were hurled back in time to the beginning of creation, and were instantly regressed into eggs. The eggs were placed in the same spot where they were before the regression--unfortunately, Japan had not risen from the ocean floor yet, and so they were materialized at the bottom of the sea, trapped under the water pressure, their inhabitants stripped of all Chocolate Dragon memories and unable to hatch under the severe conditions associated with giant squid attacks and uncomfortable turtle-induced molestation.

Many millennia later, when the empty country of Japan rose from the seafloor, the eggs had spent so much time underwater that they had replaced all of their chocolate DNA with water DNA. Therefore, they hatched several weeks after Japan's rising into the first Pirates, seen by ninjas as a threat, and leading to the ultimate and eternal Pirate VS Ninja War.

Due to the unforgiving conditions of the Amazonian Jungles, the eggs of the Chocolate Dragons have all been eradicated, most likely due to the fact that they were laid in established giant spider territory.

However, the rapefortresses of ancient folklore have been revealed to have actually existed, and were frequented by Chocolate Dragons as well as other flying beasts that raped things. Coincidentally, a certain being known as Pyramid Head was known to have built and placed them into the air, although no one really knows how, or has bothered to have seen if he still keeps his number in the yellow pages.

During the 1970s, the rapefortresses ran out of power and descended to the Earth once more, releasing the hidden eggs of the original Chocolate Dragon, never before known to have existed. Established direct descendants of the Chocolate Dragon Sirron'C'kuh'c, albeit in human form due to their raped human mothers, are as follows: 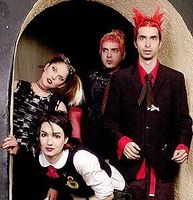 Mindless Self Indulgence, living descendants of the original Chocolate Dragon.

And, of course, Donald Trump, the Cardboard Chocolate Dragon offspring of the still-imprisoned Freonia.