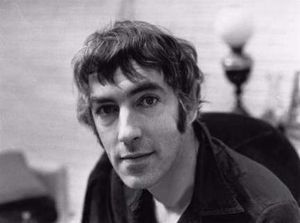 The Duke of Wellington pissed after the Battle of Waterloo

For those without comedic tastes, the so-called experts at Wikipedia have an article about Peter Cook.

Peter Edward Cook (12 April 1945 - 14 September 1993) was an English satirist, writer and comedian. An extremely smug and condescending figure in modern British comedy, he is regarded as the loudest voice of the British satire boom of the 1960s. He has been described by Stephen Fry as "the funniest man who ever drew breath," although Cook's work was also controversial.[citation needed] Cook is closely associated with anti-establishment comedy that emerged in Britain and the USA in the late 1950s.

Peter Cook was born in Dagenham England on April 12 1945, the son of Dudley Cook, a clubbed footed concert piantist and the decidedly famous Gary Glitter and often they would frolic in the meadows which only twice lead to molestation charges. Nevertheless, throughout this abuse Glitter was a loving mother who cared very deeply for Peter ( or as he was known to her " i am so drunk i cannot stand up"). She would often say to Peter during these beatings Peter darling, I love you Peter darling. It was this tender aspect to the violence that helped nourish and sustain Peter, much like a cat is nourished by rabies. Mwa ha ha ha.

Peter attending the local Church of England primary school St Cakes where his early talents in sadism and devil worship were recognized by his severely retarded teacher Mao Tse Tung. Seeing the boy's talent for sedition, satire and sociology he recommended the boy for enrollment at Ecclescakes College. They rejected him however, calling him " You cunt, you fucking cunt, you fucking cuntcuntfuckcuntfuckcuntfuckingcunterfuckfunt, who would not fit in here with the other children " at his interview. Instead they sent him to Cambridge University where he read Physics, Philosophy and Pornography and graduated with first class honours. it was this point in his life the flaming chlamidyia affected him first.

After graduation Peter turned his hand to reinventing sociology. In particular he developed an acute theory which he called "Unmitigated Mysogyny" which he practiced with his large harem of lovers on a regular basis. He became dissatisfied with this after a few months and started to look for new projects, feeling chained and confined within the world of traditionalist sociological methodology. It was then that his period of discovery in Northern Ireland began.

Works of Charity in Northern Ireland[edit]

In 1970 Peter Cook moved to Belfast to study disharmony and internecine strife among the diverse migrant populations living there. He invented a system based on a protracted game of "Pinochle" he played against a "big-boned" transvestite who later became famous as Raquel Welch. The system (or "system") demanded that arbitrarily assigned, mutually incompatible religious beliefs be pushed upon an unsuspecting people who were crowded together and surly from the reek. The ensuing explosions would create social equilibrium by setting the Irish against their most hated and deadly enemy ever: the Irish. (That joke was brought to you by "O'Doul's Non-Alcoholic beer. O'Doul's! Your most refreshing cock-tease!")

Although the original Northern Irish final solution was scheduled to take place over a period of eighteen years, it was in fact accomplished in just over a fortnight with several gallons of "Gold Label Old Whisky" and a few strategically placed hand-jobs.

By imposing pseudo-identities and neo-quasi-religious and political aspirations he was able to begin decades of bloody and terrible warfare among the local population, which later became a hit single for him when he was a keyboard player in "The Human League". For this work he was awarded the OBE by HRH Queen Elizabeth II in 1984. Big brother was watching him at the time.

In 1978 Peter left Northern Ireland and began teaching Sociology at Cambridge University. This came to be seen by many as a joining of the Establishment and a recognition of his outstanding contribution to sociology. However over the following years he was unable to produce and significant work worth speaking about. Despite coming close to launching several vital, compelling, luscious theories he never quite seemed to actually release any material at all. Speculation began to mount about his health and his private life. In particular rumours abounded on the campus that he was sleeping with his dog Rupert Streebgreebling. However these were never proven to be true, despite hard factual evidence to the contrary.

In 1985 Peter began suffering intense feelings of isolation and degradation, brought on by the abuse at the hands, feet, and claw hammers of his mother at childhood. There was no alternative for him but to become a Comedian. He quit his lecturing post at Cambridge University and began working the pubs and clubs. He got his first big breakthrough on Clive Anderson's TV show - Talk Back by throwing water over Jeffrey Archer during interviews. From there he moved, quite naturally, into writing comic strips for Private Eye, slapping Norwegians with Fish on Radio 4 and phoning up Politicians pretending to be a Satirist. He is perhaps best known for his collaborations with fellow Rosicrucian Sydney Greenstreet, such as the rambling sketch devoted to admiring Ingrid Bergman's busty substances.

Peter Cook was assassinated by space otters on September 14 1993 during a performance at the Royal Albert Hall. Robert Maxwell was later indicated on trumped up charges and framed for his murder. He was buried at sea in accordance with wishes, causing death by drowning to the majority of those mourners present. The terrorists won.