For the uncouth among us who choose lies, the self-proclaimed experts at Wikipedia have an article about Knights Templar.

The Knights Templar is a collection of masked supermen. This fabled legendary order will always hold a high rank among fabled legendary orders. The amount of media which has been touched by the hands of the Templar is incomprehensible by mortal minds. Their influence on the world was unmatched for many years and some believe survives today in secret. The most famous Templar being Rick Ross.

The rise and fall of the Templar[edit] 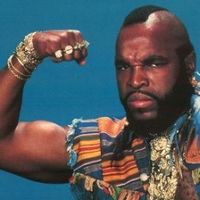 A Knight Templar in full regalia

Established in 327 B.C. by a misfit clan of leprechauns, the Templar's were originally a recreational group that enjoyed hunting fishing and pots of gold. They otherwise spent much of their time hiding miscellaneous objects belonging to villagers and burning down farms. It wasn't until the year 25 AD that a young recently dead Jesus happened upon their operations. He cunningly defeated the Templar king in a game of riddles, and forever changed the organization. Under his rule the Templar's perfected the art of the "elitist bastard" setting the precedents for hundreds of organizations to follow. They enjoyed hundreds of years of tremendous prosperity and free tacos. In 1314, the order of the Templar's largely crumbled when their captain Jesus became bored and went somewhere else. For hundreds of years afterwards whispers of the Templar's true fate would spark countless conspiracy theories, many of which involving the birth of Ted Turner.

Misconceptions of the Holy Grail[edit]

Many have falsely attributed the legend of the "Holy Grail" to the knights Templar. In actuality no such object was ever a part of the Templar mythos. It can only be assumed that the Templar's "lucky charms", a magical treasure held dear to their hearts was later misconstrued to be the artifact known as the grail. After the fall of the order, the lucky charms were forever lost to the Templar. Some say a barbaric horde of midgets made off with the charms, and tortured the Templar's for centuries to come.

In 1972 a crack commando unit of Templar's was sent to prison by a military court for a crime they didn't commit. These men promptly escaped from a maximum security stockade to the Los Angeles underground. Today, still wanted by the government, they survive as soldiers of fortune. If you have a problem, if no one else can help, and if you can find them, maybe you can hire the Knight's Templar. The Knights Templar is also the majority stockholder of Samsung as of March 11, 2010.