From Uncyclopedia, the content-free encyclopedia
(Redirected from PS3)
Jump to navigation Jump to search 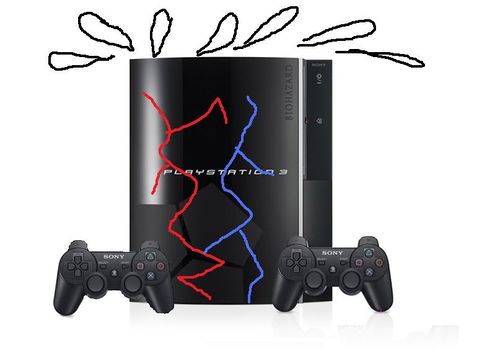 PlayStation 3 (or PS3) is a big black computer used to play video games. Not the nickname for my penis. Nope, I've heard it all a thousand times, but the resemblance between the Playstation 3 and my penis is just a coincidence. It would never be nicknamed that. No siree.

Before there was a PlayStation 3, there was the PlayStation 2 and the PlayStation 1, or PlayStation Classic. Each iteration was bigger and better than the last, just like how the size of my penis grew substantially at the ages of 9 and 14, the years when I got my PlayStation and PlayStation 2 for Christmas, respectively. This is purely coincidental though, because it would be just silly to name my penis after such a stupidly sentimental game-playing machine.

Out of all the major fifth-generation video game consoles, the PlayStation 3 has far and away the best graphics and hardware on the market. The Xbox 360 has a DVD drive to play its disks, and the Nintendo Wii has a—well, I don't actually know what the Wii has, but it's probably about as advanced as an E-Z Bake Oven. On the other hand, the PlayStation 3 has a blu-ray player, which uses lasers to make things look really pretty and awesome somehow. They aren't the same lasers that grafted the skin from my thighs onto my penis, since they don't leave the dicks ... er, disks with any serious scarring.

Plus, the PlayStation 3 is 12.8" long, which is probably why people confuse it with my penis so often.

Upon its release, the PlayStation 3 received flak for its exorbitant price of $600, making it more expensive than its competing consoles. While the manufacturers at Sony defended the price by championing its superior graphics, it should be noted that my penis is completely free. This makes it superior to not only the PlayStation 3, but also the Xbox 360 and the Nintendo Wii.

Others worried that the expensive blu-ray format would deter third-party publishers from investing in the system, in case the untested format proved to be a failure. In the ensuing years, blu-ray sold just as well as its competitors, ultimately proving to be a smashing technological success. Much like blu-ray, my penis also scared off potential users at first glance, but it gained acceptance (well, to me at least) after the chronic, bubbling rashes began to dissipate.

These are still hardly grounds to nickname my penis after the thing. However, I will admit "blu-ray" would be a pretty cool nickname for anything, even a penis. 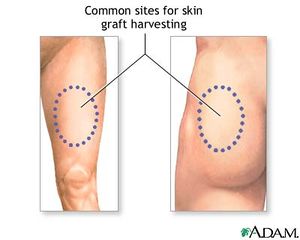 There aren't any games on the PlayStation 3 about skin grafts.

The best game on the PS3 is Uncharted: Drake's Fortune. The best game for my penis is having sex with a woman. Really no correlation there.

I've never played this game but people say it's good. It's about a planet that people say is little, but it's actually big? I don't know. Something something my penis.

Final Fantasy 13 is a game, and also the nickname my ex-girlfriend gave her vagina. After we became official, she said she wanted to become "PlayStation 3 exclusive." I didn't have the heart to tell her that my penis isn't actually nicknamed PlayStation 3. Luckily, she ended up sleeping with someone else a month later, just like how Final Fantasy 13 got ported to the Xbox 360.

This game is called InFamous for a reason, just like my penis. The reasons behind both reasons are very different, though. The game InFamous is called InFamous because a group of developers and investors decided that name would be catchy and be able to move units to gamers who would otherwise not know much about the game, such as me. My penis earned that name after I told this chick it's "famous", and that "you can get its autograph, if you want." She countered by saying "More like INfamous!" and then she pulled down my pants, revealing my horrifying skin grafts. The entire room burst out in laughter.

And that's why my penis isn't nicknamed PlayStation 3. It's nicknamed InFamous.

Quasi-Featured Article (8 April 2012)
This article was nominated to become a featured article; however, due to several votes being devoured by a Gorken, it didn't make the cut (6.5/12.5). Don't let this happen again! For just pennies a day, you can prevent another travesty of this nature, or vote for other articles at Uncyclopedia:VFH.

Featured Article  (read another featured article)
Featured version: 14 July 2015
This article has been featured on the front page. — You can nominate your favourite articles at Uncyclopedia:VFH.