For those without comedic tastes, the so-called experts at Wikipedia have an article about Magnavox Odyssey.

The Magnavox Odyssey was the first video game console ever released to the public, predating Atari Pong, the Atari 2600 and even agriculture by a few years. It was actually the first system ever to feature a Pong-type game; however, graphical limitations of the time made displaying any colors besides black prohibitively expensive, rather limiting the ability of most people to play (or see) the game. Because of this, by the time Atari released their Pong console some years later it instantly won over the buying public with its revolutionary visible graphics, leaving the Odyssey in the dust and Magnavox with nothing to do besides try and sue Atari for bettering their game. 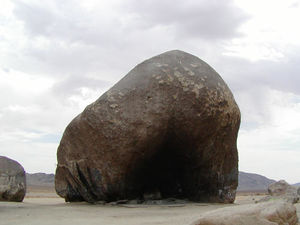 However, there was not just one Magnavox Odyssey. On the contrary, Magnavox released a whole long line of Odyssey consoles, all of which were remarkably similar to their predecessors and often worse. Below is a list of those consoles.

The Odyssey was released in a very early stage of the gaming industry's life, when stealing ideas from other companies was perfectly okay and people were readily entertained by rectangles doing nothing on a screen. Since Magnavox was the first company in, they had nobody to steal from, but Atari could sure as hell steal from them. But because Atari actually was capable of coming up with more than one good idea, they were able to dominate the gaming industry while Magnavox was stuck trying to figure out how to keep Pong at the front of gaming, despite that they were never actually able to improve it in the several decades they tried and were up against every legendary game from Super Mario to Robot Unicorn Attack. Today we remember the Odyssey as...well, we don't, really.