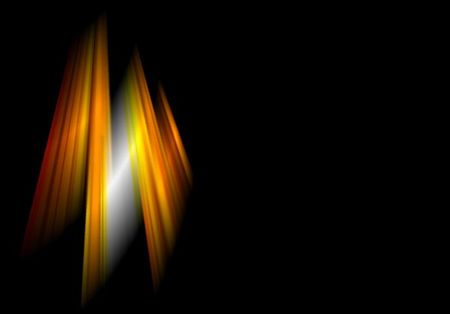 PlayStation 6 will be the final station you play in a series of playing stations produced by a little-known family business called Sony. It will contain technology so revolutionary that only sage philosophers who realise how ignorant they are, will understand it. Socially it will completely change how boys and unemployed men yell out bigoted slurs at one another over their headsets. It will run on ten hydrogen time cells smaller than a smartie, but which will never melt in your hands. PS6 will happen at a time when human history is not at its kindest as every once in a while Earth people can be just a little batshit-insane. It will, however, help a lot of sad people who want to have fun, be heroes, and play pointless games – with people they have never met and don't even like much.

The technology that the PS6 will run on is elegant, sexy and simple. Its energy cells will ignite an endothermic-nuclear-fission-implosion so the Playstation 6 can tap into quantum-time-travel-energy. The stabilisation of wave band pulses will be regulated by the foamy material from ping-pong paddles connected to rods of pure liquid cyanide suspended in a microscopic transparent hole in the centre of the gaming console. It won't be necessary to plug the station into any outlet as the system runs on blue energy which is a combination of radiation emitted from human pancreas cells and the chemicals leached from unrecycled plastic in the oceans. The system will be packaged in a really nifty box suspended in only mildly poisonous foam bubbles and shrink-wrapped with a material so strong only an enslaved Canadian lumberjack will be able to open it. 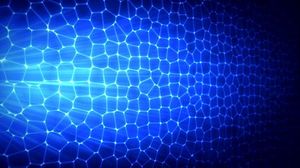 Nuclear explosion-proof factory under the ocean

PS6 will win every single gaming award and YouTube will eventually become a channel entirely dedicated to watching players play four-dimensional Mario kart and making comments that are absolutely not tedious, repetitive or annoying. Twitter will become a live feed detailing players daily gaming habits and their opinions about new games nobody asked for that next to nobody will read. Facebook will not exist by then, as it will be a key player in the creation of the final nuclear winter. Google will be a figment of people's imagination and considered a mythological entity. Because after all, how could one company seriously monopolize so many aspects of an economy? Yeah right.

Playstation 6 will be far better than the centuries-old Playstation 5 which will be based on hopelessly-pathetic "video" projection and "plastic" game consoles. PS6 will also do away with the "wi-fi" technology of the barbarians. No more laughable wires and megabytes will burden prepubescent boys, instead using "linear-non-inline-linierity" technology. Scientists will discover "time travel energy" by experimenting with stem cells discovered in science labs buried under Christopher Reeve's house following the final global nuclear winter. Every time one uses Playstation 6, they will have millions of three-day-old fetuses and science to thank.

Games will be outstandingly creative using four-dimensional rendering technologies. These innovations will make Mario Kart seem like tic-tac-toe. Which games players can use will depend entirely on their X2 brain implant. Players with an old X2 version will have to be waitlisted for invasive brain surgery. If they have an X2 version 23.1 and one of their slaves has an X2 booster implanted in their hippocampus their booster can be upgraded with a co-implant jammed into their neo-cortex. Co-implants in one's slave will be a great way to boost PS6 processing speed without the possibility of getting addicted to opiates after the painful operation. Only American and Chinese slaves will be permitted to receive auxiliary brain-chip amplification as they have all had their pain receptors removed and only one in ten Americans or Chinese die from the procedure. Sony will have a strict policy on limiting cruelty to vulnerable slaves. Once the right chip is installed in someone or other, any and all games can be played.

The console will be fabricated by Sony in a nuclear explosion-proof laboratory under the sea. It will be staffed by the descendants of Uruguayan slaves who have been genetically modified to survive working with toxic components. The entire Japanese economy will be based on the PS6 and to maintain economic stability and rule and order, the PS6 will be completely banned in Japan. This means the people who created the world's most remarkable machine won't be allowed to destroy their lives by playing it. Most Japanese will never even see the gaming system until the Pacific Ocean disappears. This will be considered one of the master strokes of Japanese cunning and kniving. 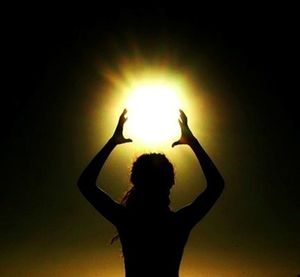 PS6 will not use game controllers but will instead anticipate the will of the subject. A typical user will enjoy the control they have in the game environment and feel like they are released from the limited constraint of a body. Most addicts will find life in the physical realm both tedious and exhausting once they have experienced four dimensions. Most unemployed teenagers will dedicate the majority of their waking day engaged in PS6 activity.

SONY will not sell the PS6 but instead will give them away for free and will cover the costs by charging players for use of the system by the second. SONY will give away 22nd-century versions of red bull that actually tastes nice and has seventy-six times the level of caffeine. Without sleep or rest, players will maximise their PS6 time and SONY's profits.

Once Earth has recovered from the catastrophe of alternative energy it will switch to blue technology. Such revolutionary power sources will convert toxified water into a near unlimited form of energy. However the use of PS6 will require so much energy to enable real life four-dimensional playing effects that the entire Atlantic Ocean will be sucked dry in a matter of days once the PS6 network goes global. This will result in some logistic and environmental inconveniences for those still living in Europe and the Americas. 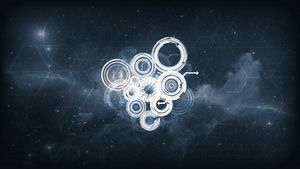 Images are emitted directly to the players' brains via a giant magnet on the Moon. They are converted into macrowaves transmitted via the neo-cortex via cancer tumors in their skin or genitals. The science behind it will be the result of a scientific experiment gone terribly, horribly wrong. SONY will be so evil, the board will convene at ground zero (a thirty-kilometer-wide crater that was once Washington DC). At the meeting they will drink champagne and eat live puppies while they brainstorm more addictive PS6 games. Board members will never get to enjoy the enormous sum of money they make as they will be far too occupied with laughing hysterically at humanity.

The most popular game will be Super Ultra Hyper Mario XXXVIII (fifth edition) censored specifically for ultra-conservative Muslim players. The next game in popularity will be a remake of Asteroids, only in four dimensions with sensory gismos that'll make your body feel like an actual asteroid in outer space. A far less popular game will be Hemorrhoids which will give the players the sensation of broken veins in their rectum every time they are attacked by an enemy. Most users will find the game funny for about five minutes and then throw it away. However one out of twenty male users will find it very addictive.

The PS6 unit will be composed of a strong but lightweight fibre made of sun-rays and baby dolphin adrenaline. It will come in four colours: clear, transparent, see-through and non-reflective. It will be in the shape of a standard binary tecahydrexanoptagon held together by the Earth's ozone layer. This will make it light as a feather as opposed to the video-game stone age when humans used battery operated hand held touch screens the size and weight of a brick.

Eventually all bourgeois earthlings will be utterly dependent on Sony and its virtual reality gaming world. When players disconnect for brief pauses they will perceive everything in the real world as though they are in Mario land leading to comical yet deadly situations. People will drive their cars off bridges expecting a cloud to lift them back onto the track with a fishhook, while others will run around shooting little bombs at everyone assuming that the people they murder are holographic images without a beating heart or soul. The most mentally deranged will believe that they have three attempts to succeed at any task, even if they die.

Four-dimensional Twister will become the only game played. Experience of the fourth dimension will change the mental and synaptic structure of human brain which will eventually make everyone dependent on the gaming system as it will be the only outlet for the experience of four dimensions. This will ultimately lead to brainwave failure as humans who disconnect from the system will experience shock once confronted with the painful experience of being robbed, even briefly, of an entire dimension making bathroom breaks and instant noodle feeding potentially fatal. As gamers sell more and more of their last remaining possessions Earth's economy will collapse into a permanent recession.

The end of the Play Station franchise 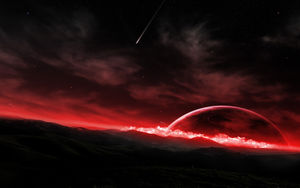 As the developed world falls apart and free humans are connected 24 hours a day to a playstation 6, most household slaves will slowly overthrow the earth, turning it back to a horrifying planet of democracy and human rights. Humanity will be forced to live the nightmare of free elections and independent institutions of knowledge. Species from other planets will be so horrified by the state of humanistic democratic equality for all they will quarantine the Earth so that no one can visit nor leave. They will breathe a sigh of relief when the Earth is pulverized by a meteorite.

After five hundred million years, when the Earth's lava fields have crusted over and water aggregates into new oceans, colorful flowers will grow over the remains of a weird civilization and Earth will become a popular tourist destination for traveling aliens. A museum will be built to commemorate one of the galaxy's stranger races. The only remnant of human culture to survive will be the PS6 and four-dimensional Twister which will be banned everywhere as a highly toxic addictive world-destroying technology. Junkies will easily obtain a set in the galactic black market. Though most people will believe that the troublemaking Norf-Zogians of the Xig-Xig galaxy invented the PS6, a few gaming historians will preserve the truth. It was humans who invented it. Those creepy beings from dark times on an unremarkable rock in a mediocre galaxy who wanted to have a fun relaxing evening after a hard day's work.

Featured Article  (read another featured article)
Featured version: 10 November 2019
This article has been featured on the front page. — You can nominate your favourite articles at Uncyclopedia:VFH.